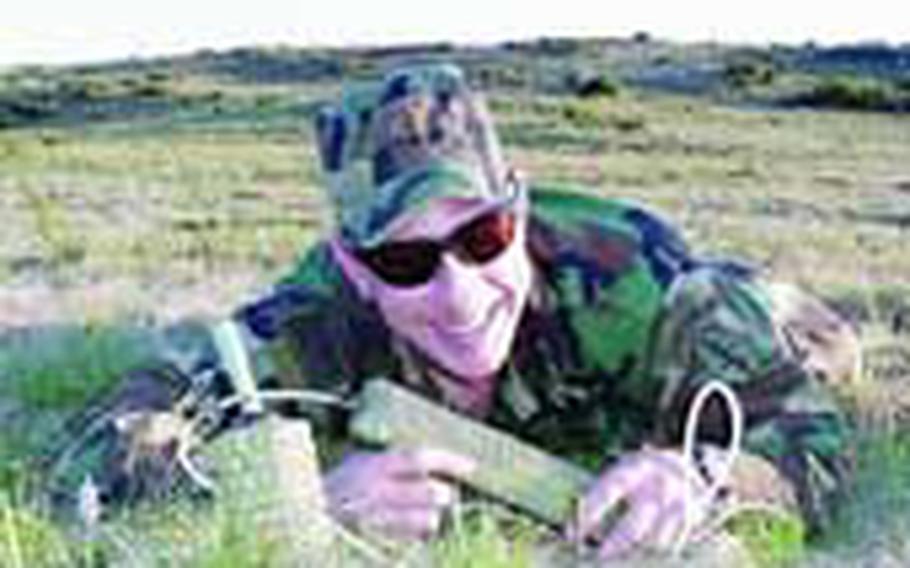 On March 28, 2003, a bullet whizzed by Staff Sgt. Malcolm Jennings&#8217; head and struck a rock close enough to send jagged shards into his face.

He looked over at the penny loafers, the baggy khakis and the granite eyes of the 14-year-old Kurdish Peshmerga fighter guiding him through the mountains. The boy&#8217;s glance needed no translation.

Dude, I told you so.

"From there on, we maneuvered in a more stealthful fashion," said Jennings, then a communications specialist with 3rd Battalion, 10th Special Forces Group.

To a degree, getting shot at had been part of the plan.

Jennings&#8217; team moved out with the Peshmergas at 5:30 a.m. for an assault on Ansar-al-Islam-held territory around Sargot, Iraq, a mountain town along the Iranian border.

Jennings and other soldiers began climbing with 90 pounds or so on their backs. The stone mountain with sparse vegetation provided little cover to hide from snipers and others firing crew-served weapons.

Sgt. 1st Class Chris Crum made short work of many of them with his sniper rifle at the outset, Jennings said.

But by 3 p.m., no one could get a fix on the rest of the snipers&#8217; locations. If the U.S. forces wanted to find them, they would have to draw the snipers out.

Jennings went one way around the exposed mountain peak and Chief Warrant Officer 2 Tony Lopez went the other way.

The snipers found them &#8212; and by doing so, revealed their positions.

Jennings then called for indirect fire, something Special Forces soldiers rarely were in a position to do before that time.

It was a gratifying moment for him. He began his career as an artilleryman and remembered how his comrades sometimes felt unappreciated by the front-line infantry.

"There&#8217;s something about an indirect fire measure," Jennings said. "The cooperation is very satisfying when it works."

Mortars picked off the enemy positions and allowed Jennings&#8217; team and the local fighters alongside them to advance.

By the next day, they secured Sargot and its outlying regions.

They found weapons, ammunition, training materials and anti-American propaganda in some of the buildings formerly held by Ansar-al-Islam.

"It was pretty obvious that their mission in life was to hurt as many Americans as possible. So there was some satisfaction," said Jennings, now a chief warrant officer 2 and Chinook helicopter pilot for Company C, 3-2 General Support Aviation Battalion, 2nd Infantry Division at Camp Humphreys, South Korea.

Like many who deploy, Jennings had glossed over the riskier aspects of his assignment.

Whenever his wife, Anna, asked him about his job, he&#8217;d make it sound more like he was working a mundane desk job.

Shortly after the fight at Sargot, he spoke to Anna.

Anna then asked if he&#8217;d seen the April 7 issue of Time magazine. It had a picture of him, Lopez and Crum from the battle.

"She was pretty cool about it," Jennings said. "I think she was kind of proud of what me and my team were doing."