‘Clash of the Titans’ doesn’t cut it 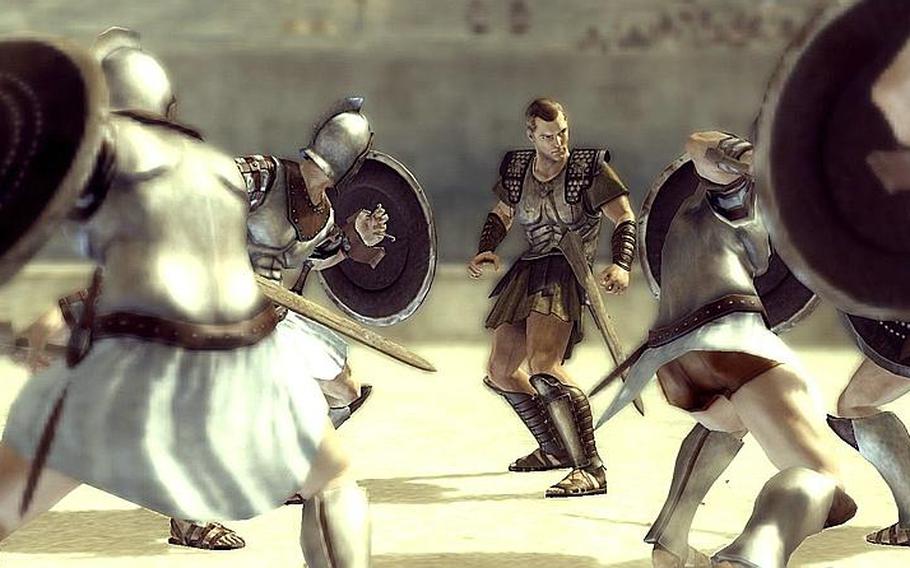 Perseus faces Greek warriors and myriad other foes in 'Clash of the Titans.' (Games Press)

When a Greek demigod takes up his sword, gamers are going to have certain expectations.

Alas, Perseus is no Kratos so those expectations go pretty much unmet in “Clash of the Titans.”

The T-rated action game from Warner Bros. and Namco Bandai follows the course of the springtime movie that starred Sam Worthington as the hero Perseus. In both versions, the son of Zeus tries to rescue the beautiful Andromeda, who is scheduled to be devoured by the Kraken. Along the way, he fights giant scorpions, beheads Medusa and rides the flying horse Pegasus. However, even that’s not really enough to keep gamers satisfied, so Perseus meets a parade of new foes. You’ll face wraiths, goat-headed warriors and toadlike creatures that resemble Elvis after too many fried-peanut-butter-and-banana sandwiches. The foes are varied and the boss battles can be quite intense but, unfortunately, the combat still gets repetitive.

The fighting features a number of axes, swords, hammers and bows in addition to a few other magical items. Each features a standard attack and a special magical attack that’s powered by a pool of mana that grows as you knock the snot out of your enemies. Don’t squander this pool because certain foes can be defeated only by using the magical attack. The combat controls are very easy to use – perhaps a little too easy. It would be nice to have a few additional attack combinations.

In most missions, Perseus takes along a comrade to fight by his side. “Clash” lets another player jump in and take control of the sidekick during fighting sequences. While this can be fun, it also can get annoying when bad camera angles cut out one or the other fighter.

The graphics don’t approach those in top-level games but they’re not bad, either. The characters look similar to the movie’s actors, though the animations often look rather stiff and the lips rarely seem to be in sync with the dialog. The backgrounds look pretty generic.

Another gripe concerns an overabundance of loading screens. It seems that every time you turn a corner, you have to wait for the next room to load onto your console. It’s really irritating after experiencing a game like “Red Dead Redemption,” where you can go for miles without waiting for a screen to load.

Overall, “Clash of the Titans” is way too limited to be a great epic adventure.