Charles Claude ‘We probably saw more action than anyone’ 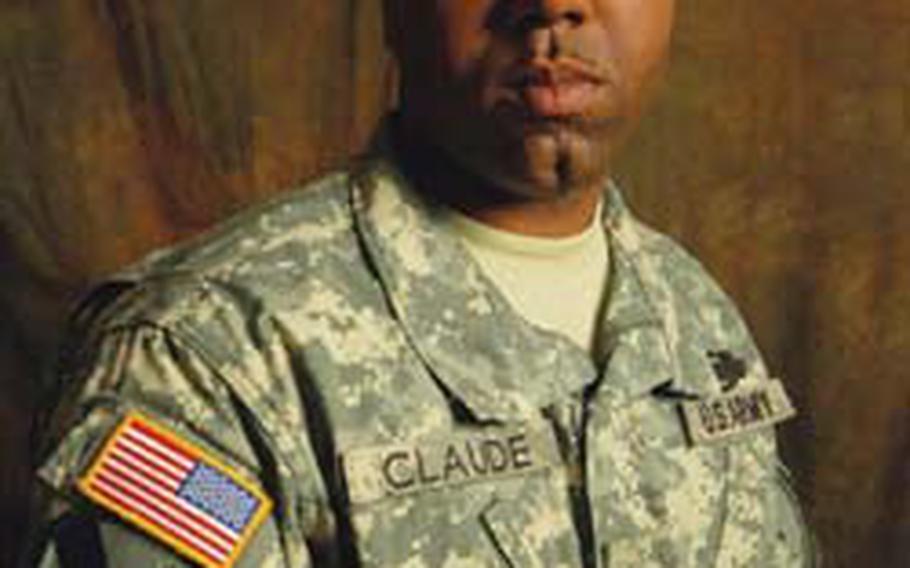 Staff Sgt. Charles Claude Jr. said the patrol in which he earned his Bronze Star was the same as nearly every other one he did that month: a cache of explosives, hidden insurgents and a nasty gunfight.

"The only thing that separates that one from the rest of the time is I got hurt that day," he said, laughing.

Claude, then a 24-year-old sergeant with the 2nd Battalion, 7th Cavalry Regiment, had been stationed in Mosul for nearly a year before that September 2007 patrol. The tour was his second in Iraq; his first, in 2003, was "eventful, but not as eventful as the second.

Most of his time in Mosul was spent as a gunner in his unit&#8217;s route-clearance team. Reports of roadside bombs in the nearby neighborhoods were a daily occurrence, he said. Ambushes as teams went out to clean them up were almost as frequent.

"We were on one of the worst sides of the city," he said. "We probably saw more action than anyone else out there then."

Early on Sept. 2, his patrol was sent out to one neighborhood with several well-known problem spots. As the patrol finished disabling an IED at one particularly bad intersection, Claude&#8217;s Armored Security Vehicle circled the nearby streets looking for signs of trouble.

"We heard gunfire at the intersection. There were RPGs going off everywhere. They had set up here before &#8230; but it was more thought-out this time."

Claude began firing. His .50-caliber machine gun quickly destroyed one car and its attackers, and after a short pursuit a second car was disabled in a nearby alleyway.

"But there was one occupant who made it out &#8212; we knew that because his door was open," he said. "We crept up to the corner, knowing someone was either going to be running away or going to be waiting for us."

He was waiting. As the ASV made the turn, the insurgent opened fire from less than 20 feet away. The man was so close, Claude said, the heavy mounted gun couldn&#8217;t point down at him. Claude slipped out of the turret for cover.

"He must have had armor-piercing rounds or something, because one of them got inside and hit me in the left bicep," he said. "One of them hit my first sergeant in the leg. He destroyed my [weapon] sights. He spidered the windows.

"It was so loud, and there was so much stuff flying around, we thought we had gotten hit by an RPG."

As they regained their bearings, a trailing vehicle from the U.S. patrol radioed that the man was climbing up the back of Claude&#8217;s armored truck. His driver immediately began speeding and swerving to throw the insurgent off.

"He held on for half a block before I popped up," he said.

It took only an instant for Claude to get himself and his M-4 rifle above the hatch, and to fire two shots into the insurgents&#8217; torso. The bullets didn&#8217;t kill the man but did knock him off the back of the vehicle, seriously wounded.

As his crew waited for explosive ordnance teams to dispose of those items, Claude noticed his injury for the first time.

Earlier he felt his arm get hit by something, but it wasn&#8217;t until 10 minutes after the firefight that he noticed "that I was bleeding a lot."

Neither his nor his first sergeant&#8217;s injuries were serious, however; after a week of rest, he was back on patrols.

Army officials last year awarded him the Bronze Star with "V" device for "outstanding bravery" that day, saying his quick actions likely saved the lives of the other men in his vehicle. Claude said it was a favor repaid to him several times over.

"There were plenty of firefights," he said. "Any time you travel 10 miles per hour looking for bombs, the guys who put them out there &#8230; are going to hit you."