The “Call of Juarez” series has had its ups and downs. “Bound in Blood” was a thoroughly enjoyable Western. (Courtesy of Ubisoft)

The “Call of Juarez” series has had its ups and downs. “Bound in Blood” was a thoroughly enjoyable Western. (Courtesy of Ubisoft) In addition to the storyline, “Gunslinger” offers an arcade mode and a set of dueling challenges. (Courtesy of Ubisoft) 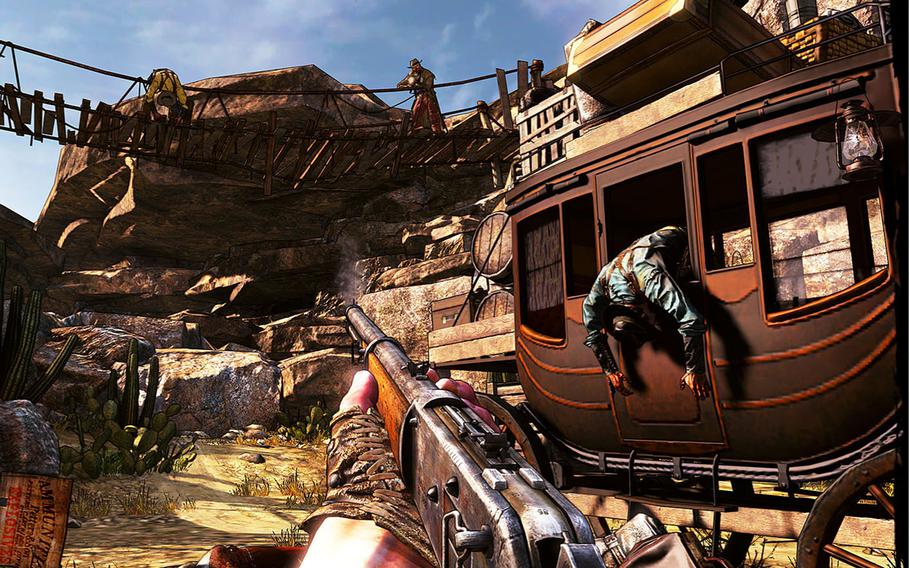 “Gunslinger” offers a lot of missions for a downloadable game. Even better, the action, settings, characters and challenges vary widely. (Courtesy of Ubisoft) In “Call of Juarez: Gunslinger,” players can face down the West’s most notorious gunslingers, including Billy the Kid and Jesse James. (Courtesy of Ubisoft) 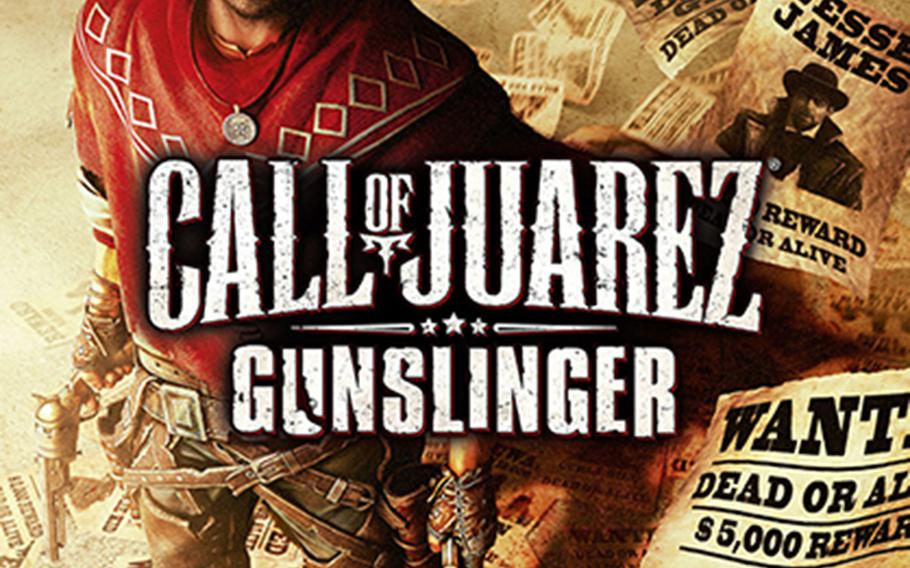 In the Old West, it was hard to live down a bad reputation. It’s pretty much the same with video games.

The “Call of Juarez” series has had its ups and downs. “Bound in Blood” was a thoroughly enjoyable Western. But the follow-up, “The Cartel,” moved the action from the Old West to modern Mexico and focused on drug gangs instead of six-gun-totin’ desperadoes. The result wasn’t pretty.

But with “Call of Juarez: Gunslinger,” Techland succeeds in reclaiming the franchise’s good rep with a return to the days of Billy the Kid and Jesse James.

“Gunslinger” is downloadable on Xbox 360, PlayStation 3 and PC. It’s one of the first winners of the summertime download season — when many publishers release titles that don’t have quite the depth of full-blown games but are very good nonetheless.

You play as Silas Greaves, a bounty hunter in search of revenge. Silas visits a saloon in Abilene, Kan., where the regulars gather around to hear the famous gunslinger spin yarns. Silas seems to have had encounters with most of the famous outlaws from Billy the Kid to the Sundance Kid.

The scenes set in the saloon are depicted in still images, which obviously helps to keep the file a suitable size for downloading. However, when the action starts, the Old West comes alive.

“Gunslinger” offers a lot of missions for a downloadable game. Even better, the action, settings, characters and challenges vary widely. You fight through frontier towns, explore caves and mines, delve into a dismal swamp and — of course — do battle on a moving train. You encounter enemies who use different weapons and means of attack. You have access to pistols, rifles, shotguns and dynamite. And you occasionally get access to Gatling guns — something that prompts questions from Silas’ skeptical audience.

It turns out that Silas’ listeners have good reason to ask questions about his narration, which continues throughout the action. He’ll occasionally trip up and Native Americans will morph into desperadoes or escape routes will suddenly be remembered or he’ll backtrack and start the action all over again with a different twist. This helps make the game unpredictable and very fun.

My only serious gripe is that the dueling system can get a little tedious at times. A duel requires that you move the joysticks independently to set your focus and the speed of your draw. Unless you’re a low-down snake, you’ll want to wait for the other hombre to draw first. While you wait, you need to make continuous adjustments to ensure that your focus doesn’t wander and your draw speed doesn’t slip. In most cases, this isn’t too hard. However, when enemies move around, or you have two foes, it can get extremely tricky. One encounter took me at least 20 tries before I succeeded in taking my opponent down honorably.

Another minor irritant was getting used to the color palette. It took a couple of missions to learn to spot the brown-clad enemies among the brown dirt, brown hills, brown buildings, brown barrels and brown boxes.

In addition to the storyline, “Gunslinger” offers an arcade mode and a set of dueling challenges.

The arcade mode basically takes the campaign missions, adds a few more enemies or other interesting tweaks and adds a scoring system to create an action-packed shooting gallery. It’s incredibly fun and addictive. There’s one mission in which you have access to a Gatling gun and some of your foes have dynamite. It’s truly a blast.

However, I was less than impressed with the dueling challenges. I had enough trouble with the regular game and found this even more difficult.

The controls are well laid out and very smooth. The graphics aren’t exactly true-to-life, but they are well-suited to the genre.