‘Brink’: All is not lost on the Ark 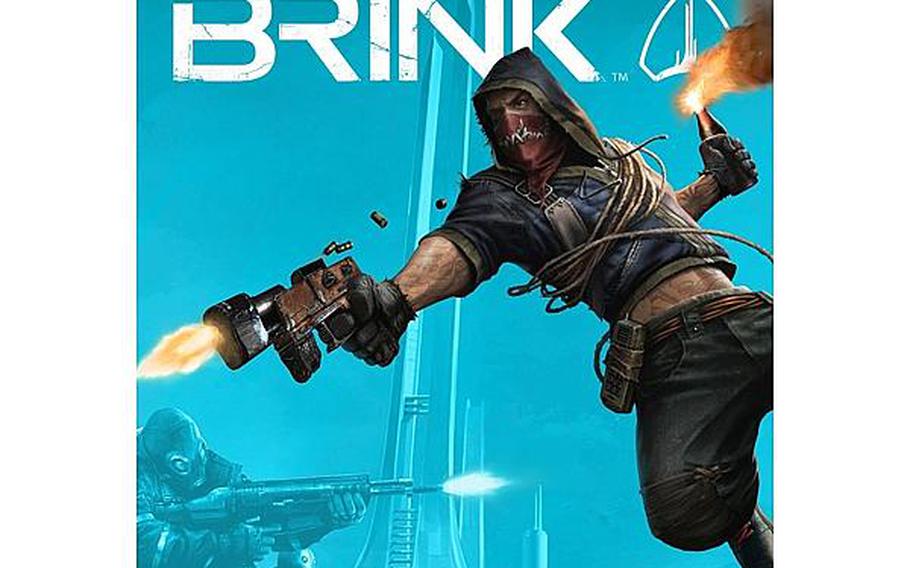 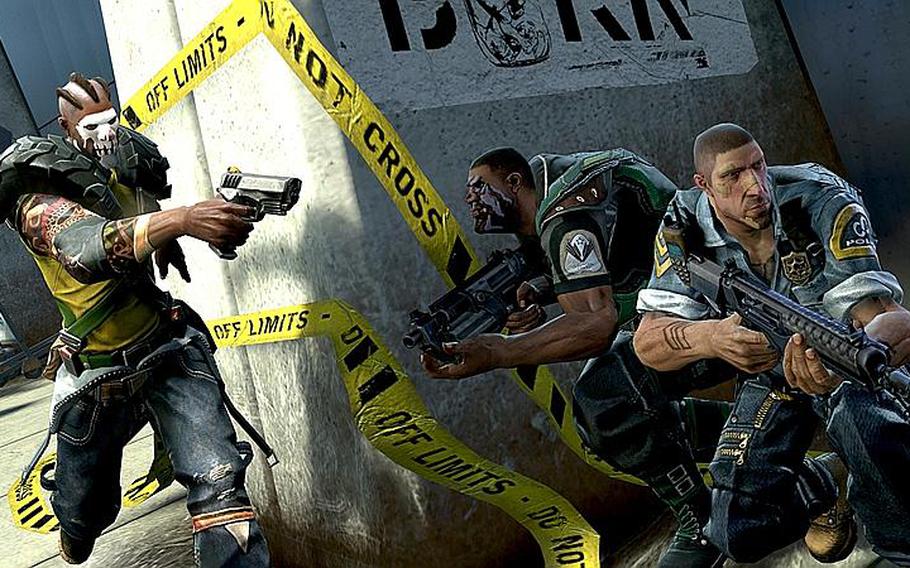 Gamers like to shoot and they like to run, climb and slide parkour-style around interesting environments. “Brink” lets them do both.

The first-person shooter — developed by Splash Damage for Bethesda Softworks — is set on the Ark, a manmade island floating above the ruins of a flooded world. The Ark is populated by its builders plus a crowd of unruly refugees. Friction between these groups brings the city to the brink of civil war.

You create a character and play as a member of either the city’s security forces or the resistance. Both factions use similar weapons, gear and fighting styles, so the only big difference is their choice of apparel. The security forces lean toward police and military styles and the resistance members generally look like post-apocalyptic thugs.

You also select from three body types, a decision that has a major impact on the style of game play available to you. A lightweight body can climb or leap over almost anything on the Ark, but can’t take much damage or carry much beyond a submachine gun. The heavyweight body can carry heavy weapons and take plenty of punishment but is pretty much stuck on the ground. The middleweight offers a decent amount of maneuverability and the ability to pack some decent heat.

There are also four character classes: soldier, medic, engineer and operative. In most cases, these classes function as they do in other shooters. The biggest difference is that operatives can steal the identities of fallen foes and sneak behind enemy lines. Most missions require each of these classes to work together to accomplish their goals. The soldier might need to plant explosives, the operative hack a computer and the engineer build a barricade. What’s especially nice about “Brink” is that you can switch among the classes on the fly — just find a command post and press a button. This lets the battling forces evolve to meet ever-changing mission requirements.

The missions are well paced and provide a good selection of challenges. They generally involve an attempt by one side to steal or destroy something within a certain amount of time. This creates an objective-based flow of action. It isn’t enough to simply kill all of your foes; you need to actually perform specific tasks — or prevent your enemy from performing them. In most cases, if the attacking force succeeds in one challenge, another follows with a new time limit.

The battlefields range from sleek and futuristic to gritty and industrial. They’re designed to allow a variety of combat styles and to offer plenty of opportunities for those interested in testing the game’s parkour mechanics.

The game offers a campaign mode, multiplayer competition and challenge missions. “Brink” seems to be designed for multi-player competition first and foremost. In fact, the campaign is simply a linear form of the multi-player missions — very reminiscent of the popular zombie-killing game “Left 4 Dead.” This means there really isn’t much story, character development or depth to the campaign. The time-based challenges are different from the regular missions and can be played solo or online. Playing through the challenges unlocks upgrades for your weaponry.

The graphics lean more toward cool caricature than stark realism. However, it’s a nice touch that enhances the game’s fun factor.

“Brink” also earns kudos for packing all of this into a T-rated package, proving that excessive gore and obscenities aren’t required for a fun game.

The major gripe about “Brink” is that it feels a bit shallow. It would be nice to get a little more feeling for what life is like on the Ark. And there are only eight different mission maps. Of course, games like “Left 4 Dead” prove that addictive game play and well-designed battlefields can keep players occupied for ages.

Bottom line: B There’s not much that’s truly new — or deep — about “Brink,” but Splash Damage still managed to assemble a fun package.