'Beyond: Two Souls' a solid tale bogged down by gameplay 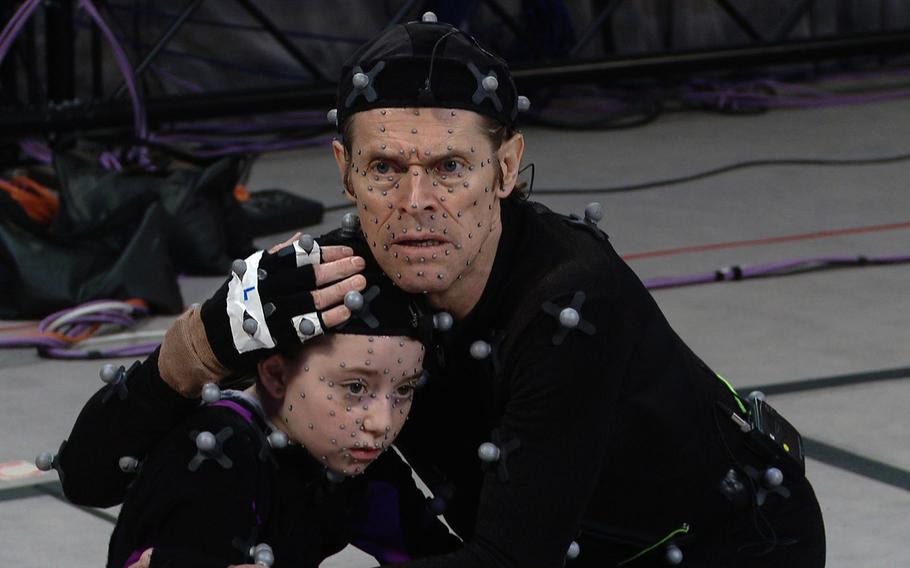 Jodie is portrayed by Ellen Page, known for “Juno,” “Inception” and “X-Men: The Last Stand.” Oscar nominee Willem Dafoe portrays Nathan Dawkins, a paranormal researcher who works with Jodie. Both provided voice and motion-capture for their roles, and the results are phenomenal. (Courtesy photo)

Jodie is portrayed by Ellen Page, known for “Juno,” “Inception” and “X-Men: The Last Stand.” Oscar nominee Willem Dafoe portrays Nathan Dawkins, a paranormal researcher who works with Jodie. Both provided voice and motion-capture for their roles, and the results are phenomenal. (Courtesy photo) 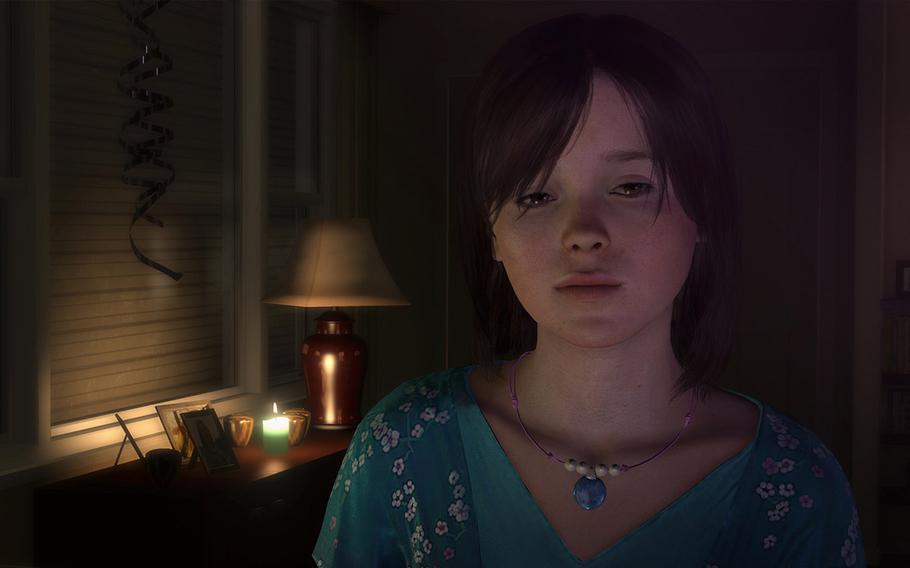 "Two Souls" skips back and forth among several key years in Jodie’s life. (Courtesy screenshot) 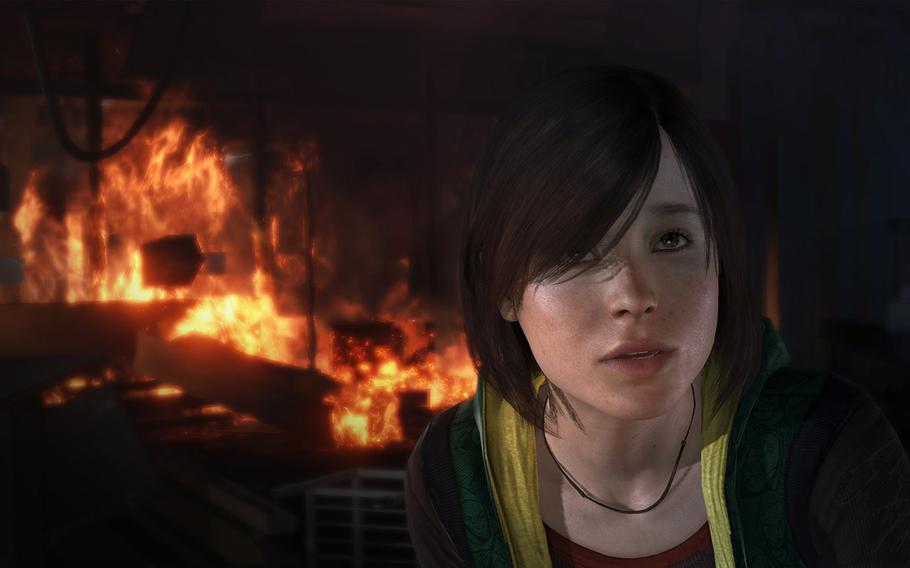 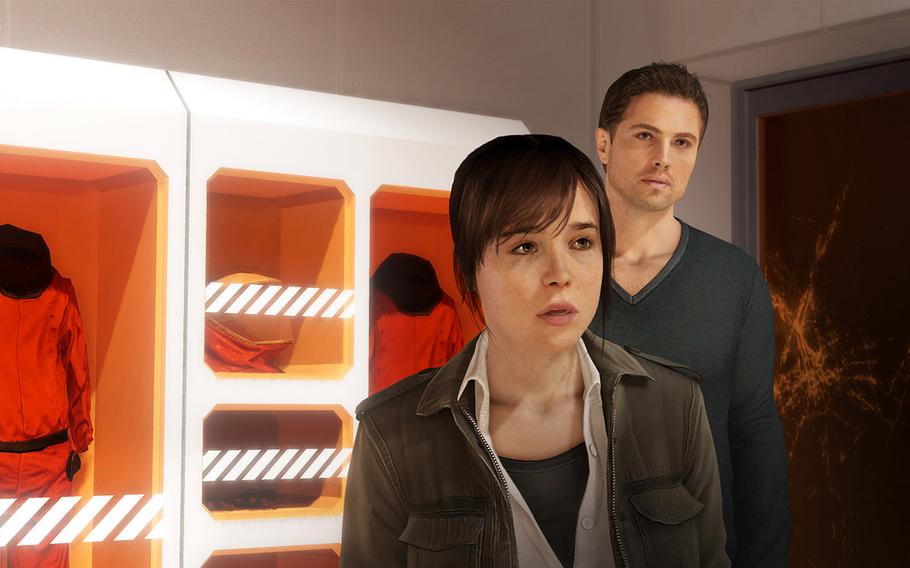 During most of the game's more exciting sequences, you don’t really feel like you have much control over what’s happening. (Courtesy screenshot)

If only the gameplay were as good as the story, “Beyond: Two Souls” would be among the best games of the year.

The story of Jodie Holmes is an enthralling tale of self-discovery and adventure, featuring international intrigue and otherworldly encounters. However, it’s told in a format that’s plagued by sluggish controls, uneven pacing and gameplay that sometimes seems pointless.

That probably won’t be surprising to anyone who played Quantic Dream’s “Heavy Rain.” That game was a terrific murder-mystery that frequently got bogged down with the same issues.

In the new game, you spend most of your time playing as Jodie, who was born with a mysterious connection to Aiden, an entity from the “other side.” Aiden represents the second of the title’s two souls, and you get to control his actions when Jodie calls upon him.

The game — a PlayStation 3 exclusive — skips back and forth among several key years in Jodie’s life. You witness her childhood struggles at home and in a lab belonging to a government agency that investigates paranormal activities. You also experience her life as a CIA agent and a grim stretch as a homeless fugitive. All of these flashbacks will leave you a bit confused for the first couple of hours, but the result is a nice pace of revelation that keeps the story interesting and emotionally engaging.

Jodie is portrayed by Ellen Page, known for “Juno,” “Inception” and “X-Men: The Last Stand.” Oscar nominee Willem Dafoe portrays Nathan Dawkins, a paranormal researcher who works with Jodie. Both provided voice and motion-capture for their roles, and the results are phenomenal.

As Jodie ages, she becomes more familiar with Aiden and is able to call on his abilities to see beyond walls, manipulate objects, choke enemies or “possess” the bodies of others. In most cases, you use one or two abilities to distract a guard or activate a switch. In a few sequences, you rely on all of these abilities in a flurry of action that leaves fallen enemies scattered across the landscape.

Aiden’s activities account for almost all of the real action in the game. Except for a few brief encounters, Jodie doesn’t seem to do much more than walk around, open doors and look in cupboards when acting on her own. And you seem to spend an awful lot of time performing these activities — which is the primary problem with the game.

Quantic Dream has decided that the best way to immerse gamers in the action is to let them control a character’s every move. For example, when Jodie goes to bed, you can control when she tosses and turns and to which side. When she gets up, you control her right foot hitting the floor and then her left foot hitting the floor. When a CIA friend comes for dinner, you pick up the trash on your floor, put away books, kick video games under a shelf, select music, look through the cookbook to decide what to serve, cut vegetables, decide what ingredients to use, add them to the pan, set the table, decide whether to take a shower and decide what to wear — sexy, cool or sophisticated. When he arrives, you go through the dinner routine, decide whether to kiss him and how to respond to a tantrum thrown by a jealous Aiden. And most of this occurs at a plodding pace thanks to sluggish controls and an inefficient camera system.

The result is that the game consists of long segments of tedious activity accented by exciting scenes of mayhem.

Ironically, during most of the exciting sequences, you don’t really feel like you have much control over what’s happening. You might direct Aiden to possess someone or activate a device, but the action is likely to unfold in a cut scene. And all of the up-close fighting is highly scripted. You attack at specific times and react in specific ways, which reduces these scenes to mere joystick-twisting episodes that require reflexes rather than thought.

However, I must admit that even the tedious portions have a point — though I’m sure it could be made more efficiently and entertainingly. For example, the date with the CIA agent can unfold in several ways.

In fact, many of your decisions will affect course of the action, which is one of the most satisfying aspects of the game.

The game’s graphics are among the best I’ve ever seen. The facial depictions and animations are incredibly lifelike, which adds tremendously to the intensity and emotional impact. Some of the characters move a bit woodenly and a few visual glitches pop up, but they’re quickly forgotten.

The game can be played by two players, with one controlling Jodie and the other controlling Aiden. This can be accomplished by using two PS3 controllers or a controller and a tablet — or even two tablets. The tablet controls — I used an iPad — are very effective. The only problem was that I was occasionally forced to look down at the tablet to know what to do. That’s not very efficient in the middle of a fight.

The game carries a mature rating. None of the scenes I experienced in my playthrough depicted anything that would be considered mature. However, it’s possible something pops up in alternate branches of the story line. In addition, quite a few obscenities are thrown around.

In the end, gamers considering “Beyond” will need to decide what they prefer in a game. If you crave a fascinating, emotional roller-coaster that often seems more like a movie than a game, “Beyond” is for you. If you’re a fan of immersive action and smooth gameplay, pass. If you’re somewhere in between, you’ll find some frustration along the way, but likely to end up satisfied.

Bottom line: “Beyond: Two Souls” offers an intriguing tale, but it often gets bogged down by sluggish gameplay.