Beer the next big thing in Italian cuisine The Zago brewery showroom offers beer tasting and direct sales. The microbrwery in Prata di Pordenone has produced Belgian- and German-style beers for more than 30 years. (Jim Sajo/Special to Stars and Stripes)

The Zago brewery showroom offers beer tasting and direct sales. The microbrwery in Prata di Pordenone has produced Belgian- and German-style beers for more than 30 years. (Jim Sajo/Special to Stars and Stripes) 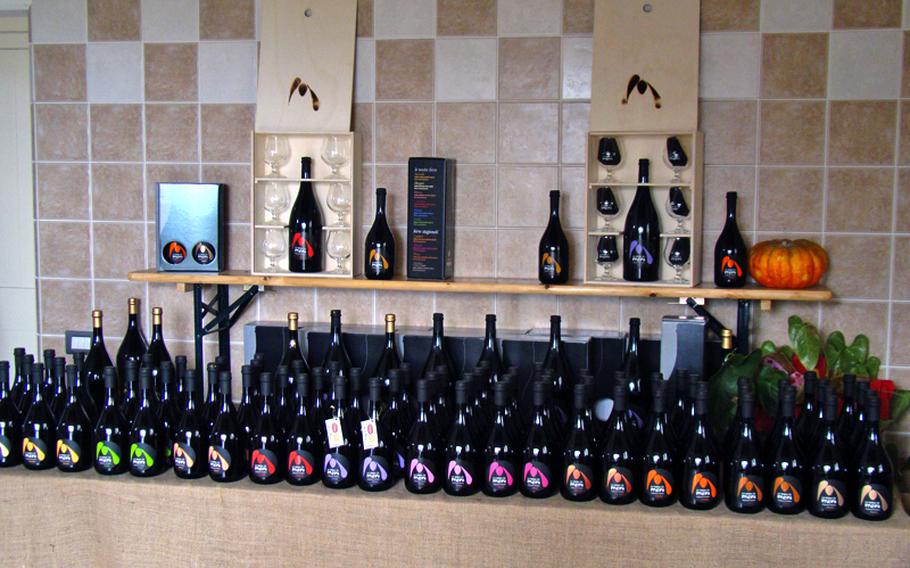 Most Italian craft beer brewers produce a wide range of beers. La Birra di Meni in Cavasso Nuovo has 14 different brews in its inventory. (Jim Sajo/Special to Stars and Stripes) 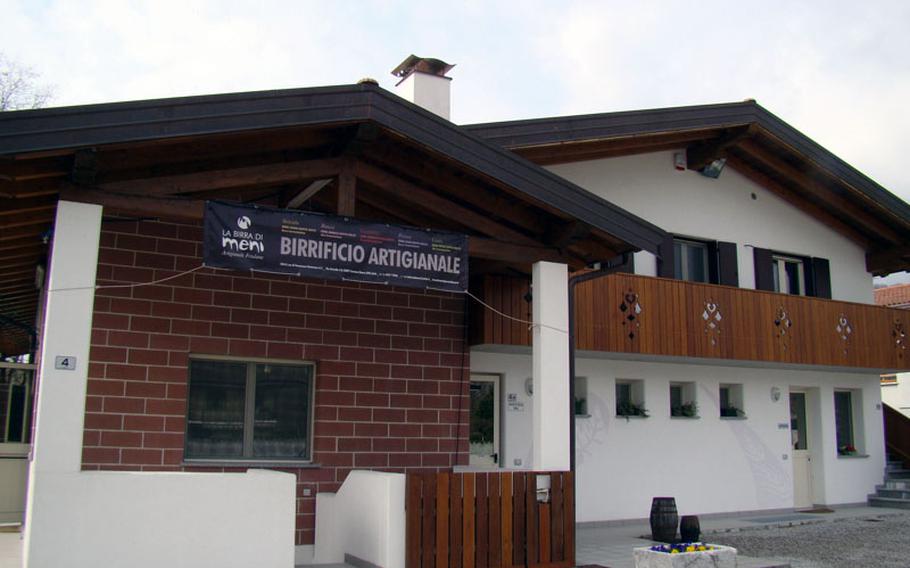 The La Birra di Meni brewery in Cavasso Nuovo, Italy, makes 14 kinds of beer. It is near Aviano Aior Base. (Jim Sajo/Special to Stars and Stripes) The Valscura brewery in Caneva, Italy, uses state-of-the-art equipment in its small production center. (Jim Sajo/Special to Stars and Stripes)

Most people looking for a quality drink from Italy think of wine. But think again: Beer is the next big thing in Italian cuisine.

That might sound like a strange claim. After all, Italy produces such forgettable brews as Peroni and Nastro Azzuro, long regarded as the delinquent stepchildren of the European beer world.

Just 10 years ago, anyone looking for a good-tasting beer in Italy had to find one of those Guinness franchise bars that are so popular. Even then, selection was limited to, well, Guinness.

But the microbrew, or craft beer, industry that swept across the States about 25 years ago has taken hold in Italy. Today, microbrews can be found in the largest city or in a rustic rural village. According to the Italian Brewers Union, more than 400 microbreweries are in operation.

Let&rsquo;s be clear. This is not the kind of beer you drink after mowing the lawn. Microbrews are artisan beers. Like a fine Italian wine, these flavor-rich beverages belong on the table as part of a good meal. More on that later.

Italian microbreweries are small businesses that generally produce fewer than 15,000 bottles each year. They are just starting to gain recognition in the international beer market (in 2008, the International Brewers Association selected an Italian beer as one of its "beers of the year"). Most are sold only in Italy, either at high-end grocery stores or in restaurants. Normally, small brewers make the majority of their sales right at the brewery &mdash; meaning the guy who made it sells it to you. He&rsquo;ll also walk you through the production shop and offer tastes of the product before you buy it.

The brew masters are experimenting with different kinds of hops, various yeast and malt combinations and a range of fermentation temperatures. Many add exotic flavorings, including chestnuts, pumpkin, cherries and pomegranate. The result is beers of different texture, color, flavor and alcohol level.

Here is a short list of some of the best microbreweries, including their location (the province is in parentheses) and website.

&bull; La Birra di Meni, Cavasso Nuovo (Pordenone): www.birraartigianaledimeni.it. Opened in 2008, this small operation near Aviano Air Base makes 14 kinds of beer and has already been recognized by the Italian Brewers Union for excellence.

&bull; Valscura, Caneva (Pordenone): www.valscura.com. Brewing with water from the nearby Gorgazzo mineral spring gives this beer a unique (and very pleasant) flavor.

&bull; Zago, Prata di Pordenone (Pordenone): www.zago.it. For more than 30 years, Mario Chiaradia and his family have produced Belgian- and German-style beers with an emphasis on tradition and quality.

&bull; Baladin, Piozzo (Cuneo): www.birreria.com. Teo Musso, the owner and brewer at Baladin, enjoys near rock-star fame in the beer world. His bold flavored beers have won many awards, including a Beer of the Year award in 2008.

&bull; Zahre, Sauris di Sopra (Udine): www.zahrebeer.com. The picturesque artist colony of Sauris di Sopra, nestled high in the mountains along the Austrian border, is a great place to visit. A tasty Rossa Vienna beer from Zahre makes it a nearly perfect day.

&bull; BEFeD, Aviano (Pordenone): www.befed.it. Bruno, Elio, Franco and Daniele put their names together to form BEFeD, a popular pub and restaurant, about 10 years ago. Today they run three of them, with ideas for more.

Almost all beer makers are happy to greet visitors, lead a quick tour of their production plant, and (most important) sell their beer. In general, bottles are the same size as a wine bottle (&frac34; of a liter or about two large glasses) and cost between 5 and 10 euros at the brewery. Some (Lambrate in Milan and BEFeD in Aviano) also operate a restaurant. Check out the listed websites to find out when the breweries are open.

As with an excellent wine, to get the most enjoyment from a quality brew, it needs to be served with the right food. For good beer and food pairings, consider three key concepts.

First, match the characteristics. Serve delicate dishes with delicate beers and strong-flavored foods with assertive beers. For example, if your main course is something light, such as grilled fish, it matches well with a gentle pilsner or hefeweizen. On the other hand, a steak or roast beef benefits from the hearty flavor of a porter.

Next, find harmonies. Combinations often work best when they share a common flavor or aroma. If you&rsquo;re dining on a spicy entree, serve it with a strong hop-flavored pale ale.

Finally, consider all the traits of both the beer and the food: sweetness, bitterness, carbonation and richness. Your main course is roast pork or sausage? Serve a thick, rich brown ale.

If you really want to impress your dinner guests, serve a mixture known in beer circles as "honey, hops and horns." Take a soft, young goat cheese and drizzle a mild honey over it. Serve it with a small glass of hop-flavored beer, such as an India Pale Ale, or IPA. The sweetness of the honey balances the bitterness of the beer, and the soft cheese adds a rich, smooth texture. You&rsquo;ll love it.

Jim Sajo (www.jimsajo.com) is a freelance writer who lives in northern Italy.