Bar Sleuth: The mature place to drink (and sing) on Sasebo 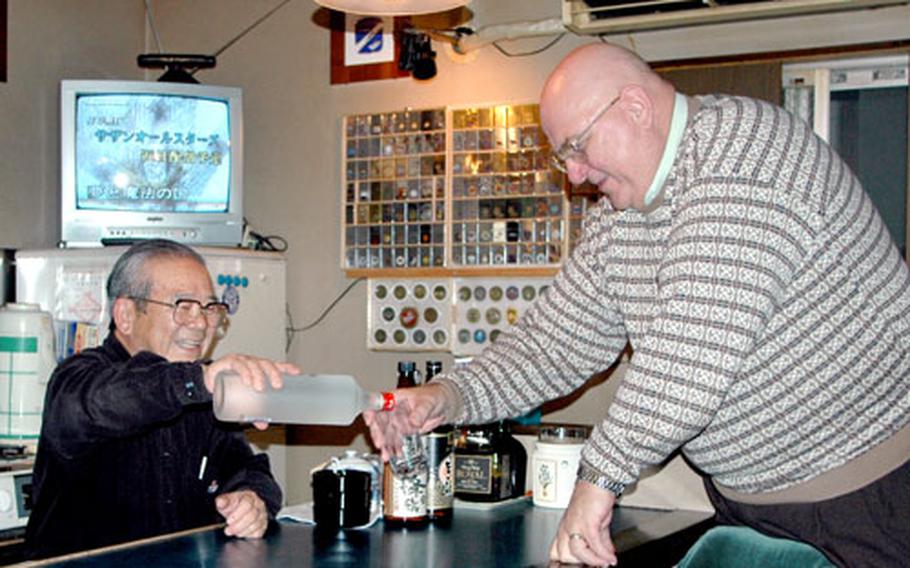 SASEBO NAVAL BASE, Japan &#8212; Sasebo&#8217;s Pub Royal reminds me of my hometown Elks Club bar 20 years ago, minus the backroom card games where local businessmen and professionals took turns losing wads of cash and the occasional beach house.

Like the Elks, this is a meeting place where friendships are born and flourish. The clientele is referred to by some as &#8220;a more mature crowd.&#8221;

That&#8217;s just the way owners Takehisa Seki and his wife, Toyoko, want patrons to view their place, on the outer fringe of downtown in an area known as &#8220;Sailor Town.&#8221;

Inside Pub Royal, surroundings are comfortable and colors are dark and rich. After a few bottles of Asahi, a military customer might believe he or she is on post when looking at the walls covered by hardwood plaques and signed photographs presented to the Sekis by current and former ship commanders, base commanders and other U.S. and Japanese navy leaders.

To provide entertainment &#8212; often comical as well as musical &#8212; Seki&#8217;s two female employees will crank up computerized karaoke for 200 yen per tune.

Obviously, Pub Royal will serve a bit of flattery along with drinks.