Bar Sleuth: Okinawa’s new NiCHe may just be the place you fit in 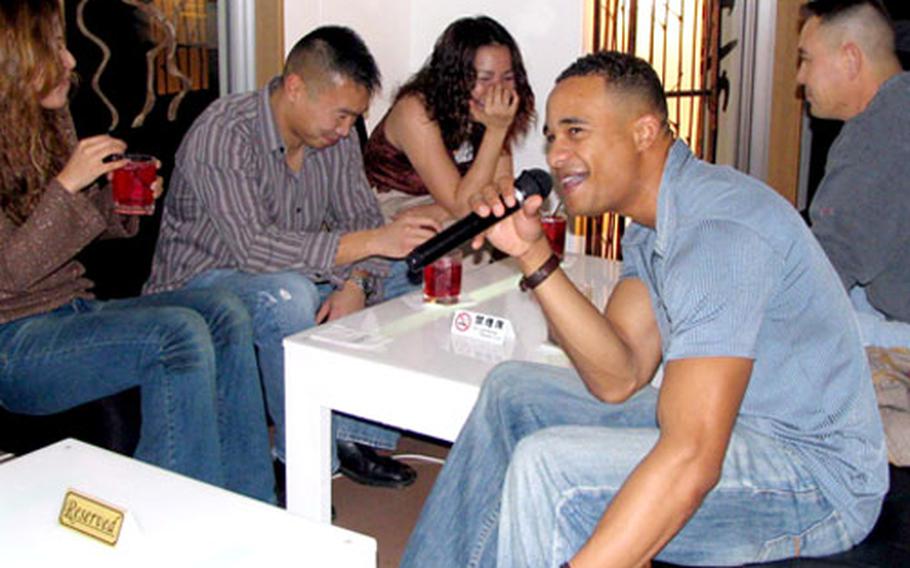 &#8220;I struggled to find a place on Okinawa where I felt comfortable,&#8221; she said on a rocking Saturday night. In one corner a Marine captain clutched a karaoke mic and sang badly off key to an &#8217;80s pop hit.

The NiCHe Bar and Caf&#233; stands out among the bars near Camp Foster. The interior is painted white, with cool blue track lighting and lots of neon. On two walls the videos playing on two large, flatscreen televisions pulsate with whatever music is playing &#8212; modern pop, trance, house, jazz, or hip-hop &#8212; when the karaoke machine&#8217;s off.

The customers on this Saturday night were a scattering of young Marines, a couple of college teachers and Japanese and foreign businessmen.

At the long, sleek, white bar, a British defense contractor for the U.S. military spoke of how the NiCHe was the one place on Okinawa where he really felt at home.

&#8220;We try to make everything real friendly, real personal,&#8221; said Liggayu as she made the rounds of the patrons sitting on the low couches and tables scattered along the wall.

The bar opened last fall. Plans in the works call for making it an Internet caf&#233; during the day and a club at night.

And something that offers a NiCHe for just about anyone.

Location: The Hamby Town section of Chatan, one block west of Highway 58 and Camp Foster