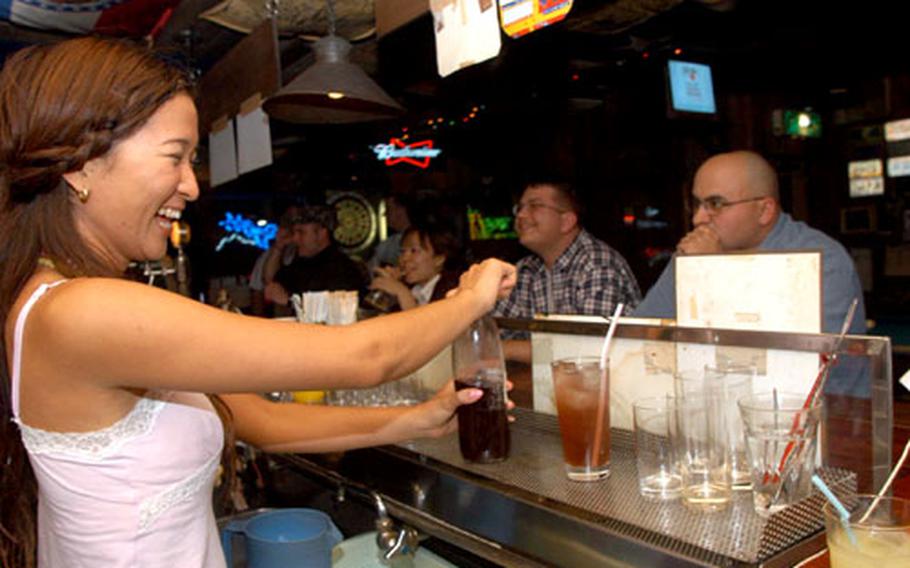 The Nitty Gritty Dirt Band song &#8220;Fishing in the Dark&#8221; starts playing. Fishing buddies &#8212; usually male and female &#8212; pair up and run to the dance floor. One person gets horizontal. The other rides him or her like a bronco.

When I happened into George&#8217;s the other night, Wyoming dust still clung to my dirt-kickers. I stared, awestruck. Where was I? Tight-jeaned cowboys tipped their hats to me. A feller with a Loo-siana drawl took me two-steppin&#8217;. Severely disoriented, my girlfriend brought me a suicide chu-hi and, consequently, back to Japan.

Airman Antonio Navarro agrees. George&#8217;s has its fights and drama, but it&#8217;s the kind of place where someone will always listen to you cry and complain, Navarro said.

And, perhaps most importantly, if your horse is nowhere to be found &#8220;there is always someone there who will carry you home if you get too drunk,&#8221; Navarro said.