Bar Sleuth: Feel right at home in Seoul at the West Rock Bar 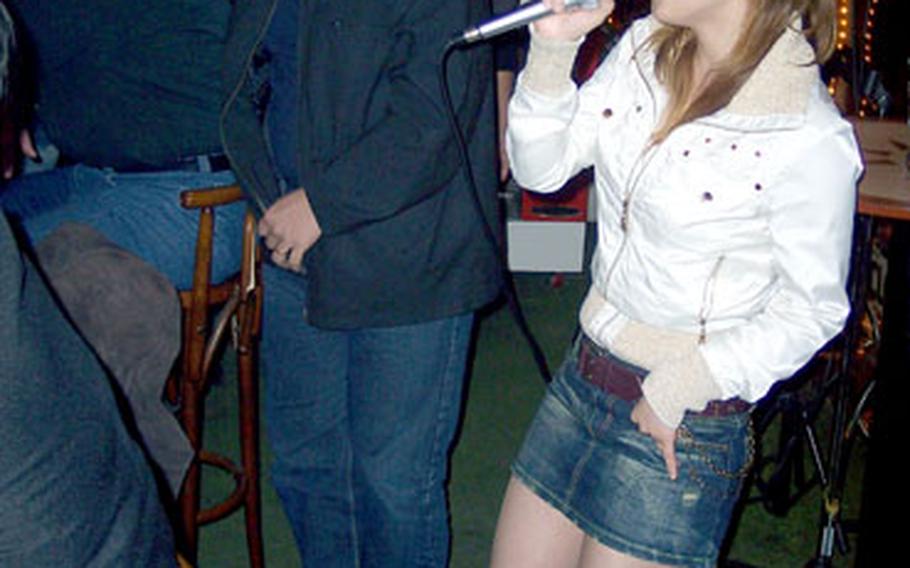 Customers like to get in on the entertainment when the karaoke microphone comes out at the West Rock Bar in Seoul. (T.D. Flack / S&S)

SEOUL &#8212; So a Scottish shipbuilder based out of Dubai walks into a Western bar in Seoul.

And if you want to join in the international fun, you&#8217;ll have to drop the lemming routine and head a different direction when everyone starts heading to Itaewon next weekend.

Instead, you&#8217;ll want to exit Camp Coiner&#8217;s Gate 20, hang a left and walk straight up the hill toward the Hilton Hotel. As you crest the hill, and the hotel is on your immediate left, you&#8217;ll see the neon beer signs and Christmas lights in the window just down the hill and across the street.

The existing two-story bar is rich in Americana &#8212; the walls are covered with everything from fake Winchester rifles to various license plates, including the one from Alabama that reads &#8220;Sweet Home.&#8221;

Charlie serves Red Rock beer on tap and has a nice collection of other bottled drinks, from KGB to Hooch, Stout to Exfeel.

The bar is open from 6 p.m. to 2 a.m. daily but generally is closed two Sundays a month. At about 11:30 p.m. each night, a local musician plays mellow rock hits. Sometimes friends join him. And sometimes customers get in on the act. After he&#8217;s done, the karaoke microphone comes out and the crowd starts jamming.

The bar attracts a pretty diverse crowd, and a recent Thursday night was no exception. By about 10 p.m., 20 to 30 people crowded around the downstairs bar, chatting in at least three or four different languages.

John McKain, the shipbuilder, said he visits the bar every time he&#8217;s in town for business.

Drink prices: Cheap. About $3-$4 for beer. A large pitcher of Red Rock draft beer runs about $13.

Entertainment: Live music begins at 11:30 p.m. and karaoke sometime after that

Clientele: A mix of different people including many Hilton customers