Bar Sleuth: A college bar outside Yokosuka Naval Base 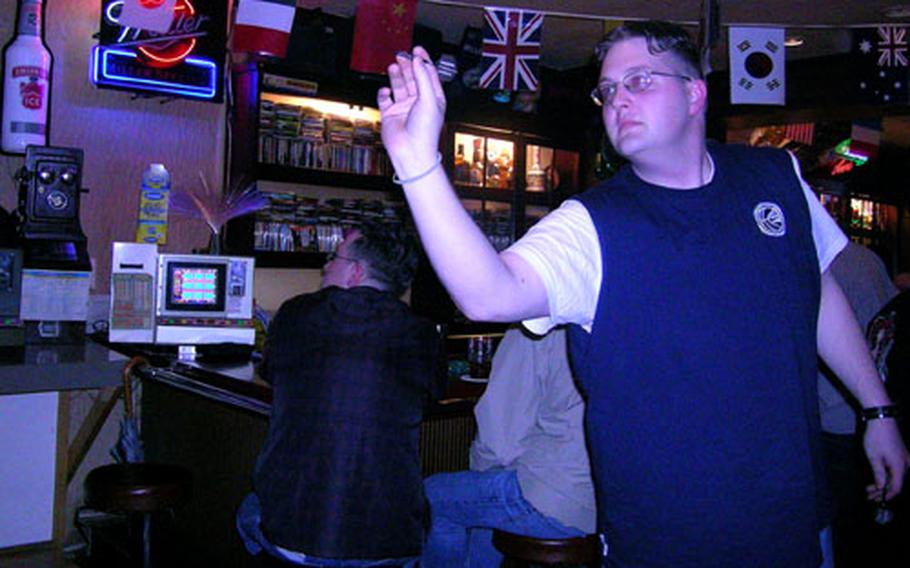 Petty Officer 3rd Class David Babcock avoids putting holes in sailors who are piling through the door and into his dart’s flight path at Malt’s, a cozy basement bar outside Yokosuka Naval Base, Japan. (Allison Batdorff / S&S)

YOKOSUKA NAVAL BASE, Japan &#8212; Look both ways before you walk into Malt&#8217;s Bar. Otherwise you might get a dart in the eyeball.

It&#8217;s 7 p.m. on a Monday night and Malt&#8217;s is jumping. The music is loud, but the sound of raucous American laughter cuts through the White Stripes. It&#8217;s standing room only in the cozy basement bar.

Somehow David Babcock avoids putting holes in the Navy folk piling through the door into the flight path in front of the dartboard.

But with a beer bong hanging from the ceiling and the bartenders&#8217; encouragement to dance on the bars, it feels like a spot you might find in College Town, USA.