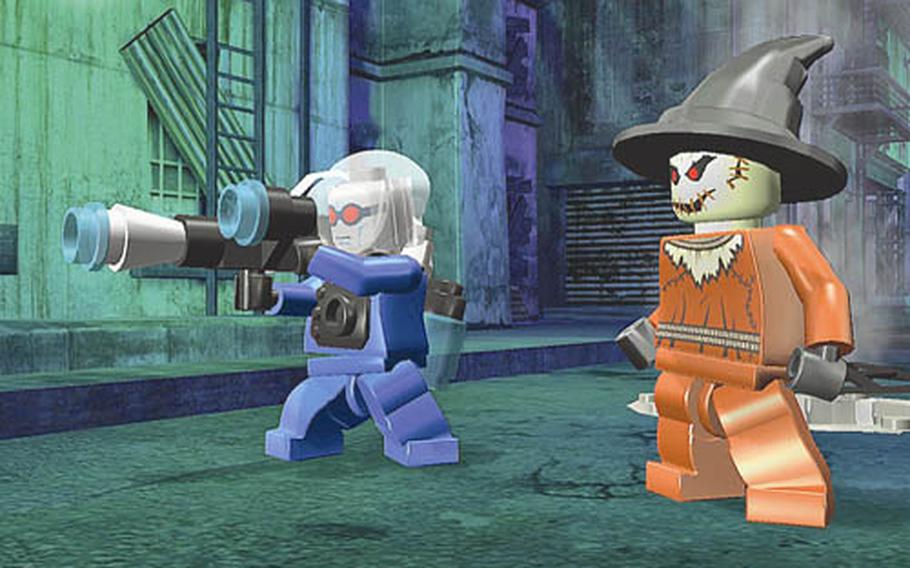 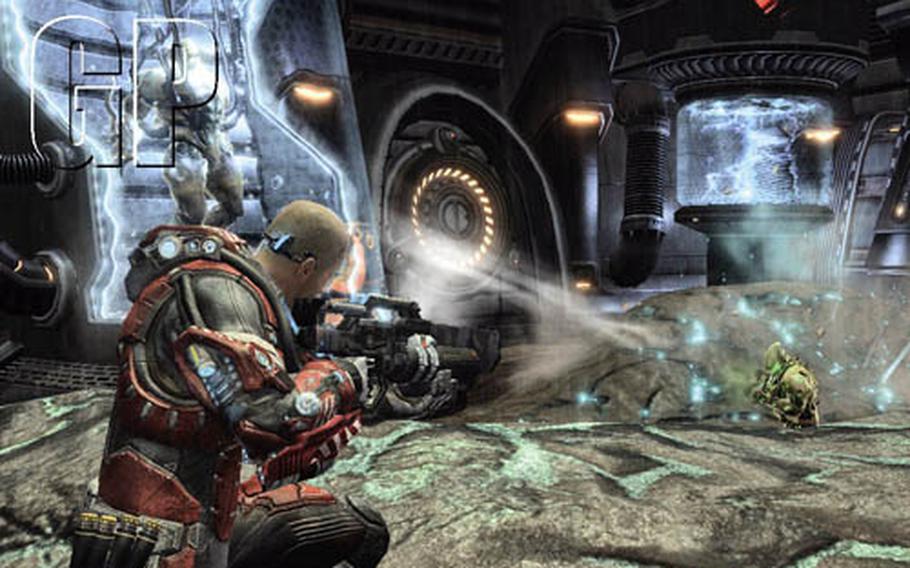 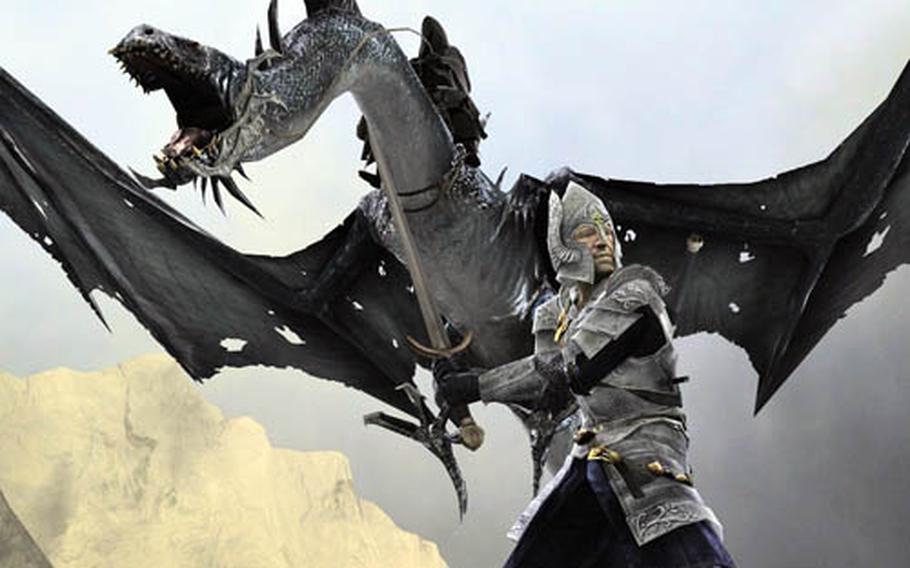 The Lord of the Rings: Conquest (Electronic Arts) 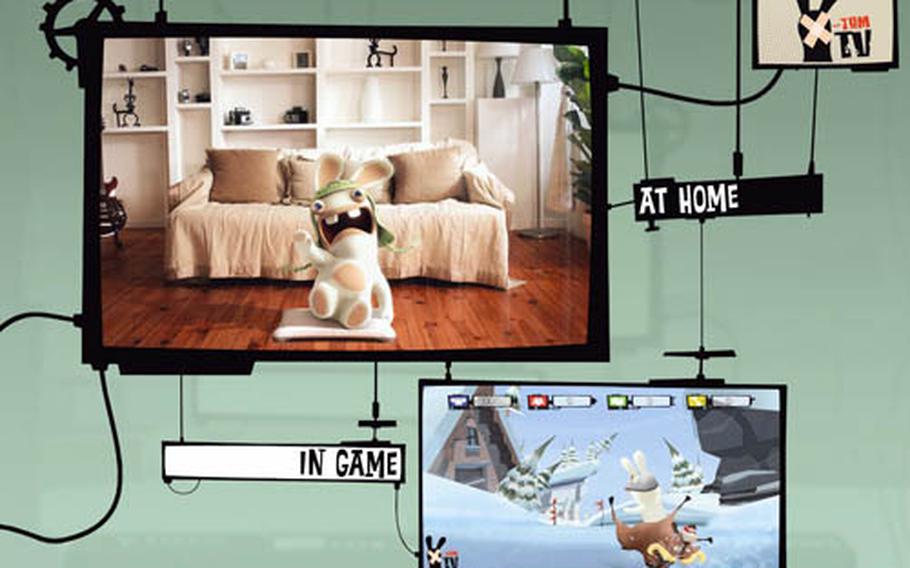 Through mid-November, publishers will be trotting out dozens of games. They&#8217;ll invite players to take the field, wage war and make music in a variety of ways. Everything looks so tempting &#8212; but you know that many of those titles will be collecting dust in bargain bins soon after Christmas.

Cutting through all of the hype and confusion can be difficult. So, following is a look at some of the games that made fingers twitch with anticipation during demos at July&#8217;s E3 Media & Business Summit.

Now, I need to drop in some warnings. First, developers always show their best levels during these demos and even a lame game can look cool for 10 or 15 minutes. Second, some of the release dates have changed since I started writing this story and I expect a few more will change &#8212; or disappear &#8212; before long, so don&#8217;t go forming any lines at your local exchange just yet.

&#8226; Brothers in Arms: Hell&#8217;s Highway &#8212; Fight through the Netherlands as a member of the 101st Airborne Division in September 1944. The squad-based commands and destructable cover work very nicely. However, this Ubisoft title has been brewing for quite a while and the graphics that looked so impressive at E3 two years ago look pretty standard now. Due Sept. 23 on PS3 and Xbox 360. Wii fans will get "Brothers in Arms: Double Time," a retelling of the first two "BiH" games, also on Sept. 23.

&#8226; Fracture &#8212; LucasArts creates a world where disasters have reshaped the landscape and man has decided to improve himself, either by genetic engineering or cybernetic enhancement. Cool bonus: The technology to reshape your landscape on the fly. Need cover or a bit of a boost to get atop a building? Boom! It&#8217;s there. This will definitely make for some wild online matches. Due Oct. 7 on PS3 and Xbox 360.

&#8226; Wii Music &#8212; Nintendo&#8217;s music game doesn&#8217;t aim to compete directly with "Rock Band" and "Guitar Hero." It&#8217;s a more informal and diverse affair. Instead of wielding fake guitars or pounding on plastic drums while matching notes that appear on screen, "Wii Music" players will use the standard Wii controllers and nunchucks as they pretend to play a huge variety of instruments. Players don&#8217;t even have to match the notes, so it offers plenty of free-form fun for all ages. Due Oct. 20 on Wii.

&#8226; Far Cry 2 &#8212; Skulk around as a special operative aiming to take down the guy who&#8217;s stirring up trouble among African warlords. Ubisoft delivers great graphics, a huge open-world environment and the ability to tackle the job the way you prefer. Due Oct. 21 on PS3 and Xbox 360.

&#8226; Fallout 3 &#8212; Climb out of your shelter and decide whether you&#8217;ll be a hero or a thug. Set in a long-ago-nuked Washington, D.C., this role-playing game from Bethesda Softworks offers a wide-open world where you can determine your own course. Graphics are great &#8212; but be aware that it can get gruesome, even without the "bloody mess" option engaged. Due Oct. 28 on PS3 and Xbox 360.

&#8226; Tom Clancy&#8217;s EndWar &#8212; Take command of armor, infantry, artillery and helicopters in a war involving American, European and Russian forces in the near future. This strategy game from Ubisoft places you among your troops, not hovering overhead. It also gives you the option of commanding your forces using your voice, instead of a handheld controller. Due Nov. 4 on PS3 and Xbox 360.

&#8226; The Lord of the Rings: Conquest &#8212; This is a dream come true for fans of the old "Star Wars: Battlefront" games and Electronic Arts&#8217; "Lord of the Rings" hack-and-slash titles. You get elves and rangers and orcs fighting for control points across various battlefields of Middle Earth. It doesn&#8217;t break much new ground but it is fun. Due Nov. 4 on PS3 and Xbox 360.

&#8226; Mirror&#8217;s Edge &#8212; You&#8217;re a messenger on the move in a game that looks like a parkour session on steroids. Keeping a step ahead of your foes requires fleet feet, gigantic jumps and a lot of ingenuity on this urban obstacle course from Electronic Arts. Due Nov. 11 on PS3 and Xbox 360.

&#8226;Star Wars: The Clone Wars &#8212; Lightsaber Duels &#8212; Players get to wield their own lightsabers in this LucasArts fighting game for the Wii. The bouts draw their inspiration from the recent animated flick and the upcoming TV show so they have a kid-friendly feel. The action looks impressive, even though exact slash-for-slash reproduction of a player&#8217;s movements is still in a galaxy far, far away. Due Nov. 11 on Wii.

&#8226; Rayman Raving Rabbids: TV Party &#8212; For the first time in video game history, you can control action with your butt. One of the minigames in this Ubisoft title can be played by sitting on the Wii balance board and shifting your weight to guide a wildebeast/toboggan down a snowy slope. Anyone who&#8217;s played the previous two "Raving Rabbids" titles knows this is only a small slice of comic mayhem available in this title. Due Nov. 11 on Wii.

&#8226; Skate It &#8212; Gamers will be able to pull off some sick tricks &#8212; or crash embarrassingly &#8212; by mimicking real skateboard moves on the Wii balance board. If that&#8217;s too much effort, they can sit on their sofas and move their remotes like miniature skateboards to control the action in this Electronic Arts title. Either method beats hitting buttons and wiggling knobs. Due Nov. 17 on Wii.