At Maguro Shoten, the meal is the star of the show 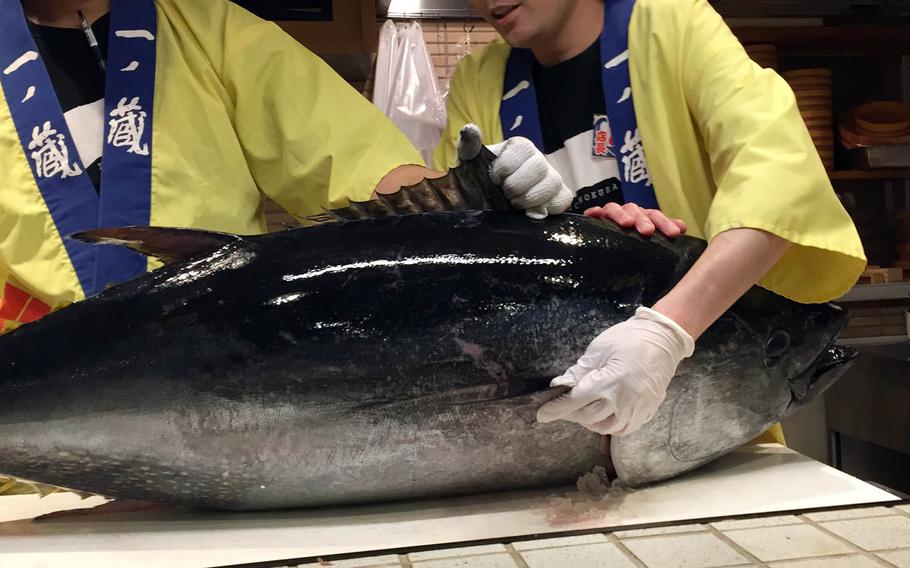 Chefs prepare to carve a tuna at Maguro Shoten. (Aaron Kidd/Stars and Stripes)

Chefs prepare to carve a tuna at Maguro Shoten. (Aaron Kidd/Stars and Stripes) 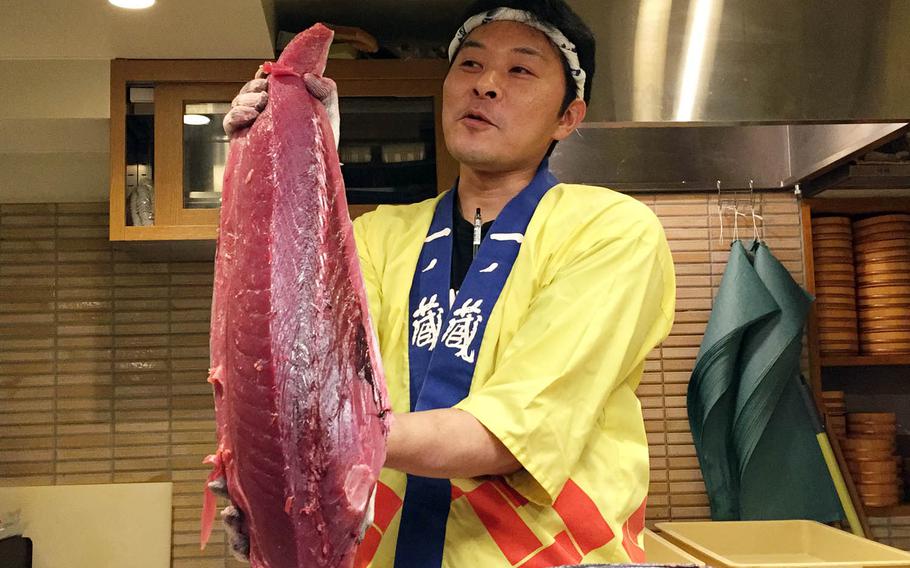 A chef holds up a large section of tuna during the nightly carving show at Maguro Shoten, a restaurant in Tokyo's Kabukicho entertainment district. (Aaron Kidd/Stars and Stripes) 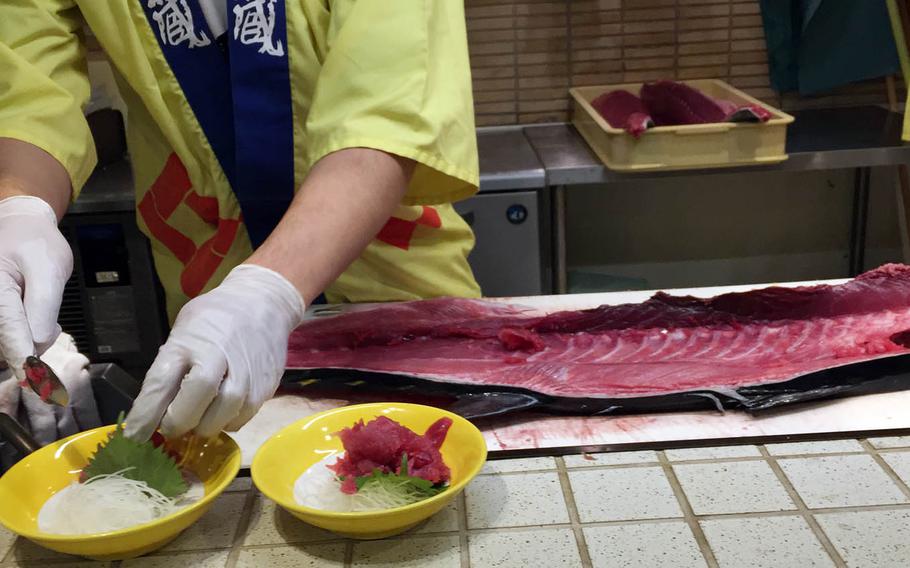 A chef scrapes the delicate rib meat from a tuna during the nightly carving show at Maguro Shoten. It is served with freshly grated wasabi and a shiso leaf. (Aaron Kidd/Stars and Stripes) 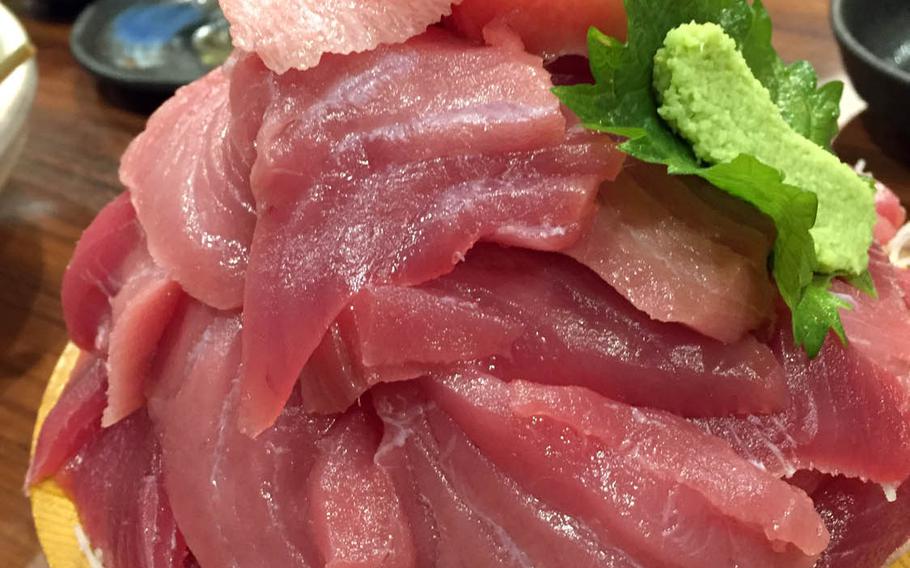 Maguro no oke-mori from Maguro Shoten in Tokyo is a mountain of sashimi-style tuna that feeds three to four people and costs about $25. (Aaron Kidd/Stars and Stripes)

It’s not hard to find fun, themed eateries in Tokyo’s Kabukicho entertainment district — from the Disney-inspired Alice in Wonderland to Robot Restaurant, where dinner comes with a fast-paced performance that includes robots, dancers and flashing lights.

But at Maguro Shoten — also known as the “Tuna Demolition Show Restaurant” — the meal itself is the star of the show.

Every morning, the staff buys an approximately 70-pound bluefin tuna from Tokyo’s famous Tsukiji fish market to carve up in front of customers wide-eyed with wonderment. The show starts at 7:30 p.m. on weekdays and 6:30 p.m. on weekends. Folks gather around a sushi bar to watch a team of chefs wearing traditional happi coats dismantle their dinner.

After each hunk of meat is sliced off, the chefs display it excitedly to enthusiastic applause. First, they remove the head, holding it high so everyone can take a good look. The chefs explain the various parts of the tuna as they work through the process. These explanations are only in Japanese; however, the carving itself is entertaining enough to hold the interest of non-Japanese speakers.

All ordering is done via a touchscreen tablet at each table that includes an electronic English menu. Popular offerings include thinly sliced smoked tuna (680 yen) that looks like prosciutto; tuna fillets cooked in soy sauce and white wine (780 yen); and maguro roe topped with lemon juice (1,280 yen).

Most customers during my visit seemed to opt for Maguro no oke-mori, which roughly translates to “tuna served in a wooden bowl.” This mountain of sashimi-style tuna meat feeds three to four people and costs 2,800 yen (about $25). A smaller version that serves one to two people is available for 1,500 yen. It’s served over rice and includes freshly grated wasabi atop a bright-green shiso leaf.

At the top of the mountain you’ll find the desirable, fatty cuts known as otoro and chutoro. The meat gets leaner as dinner progresses. The fatty pieces melted in my mouth right away, and the dark-red lean cuts were pretty delicious, too.

The restaurant’s atmosphere is bright and lively, despite its basement-level location. There’s also a full bar offering the usual beer, wine, sake and cocktails. All-you-can-drink options are available.

This was easily the most fun I’ve ever had while eating tuna. If you’re a raw fish fan, Maguro Shoten offers a meal — and an experience — you’ll never forget.