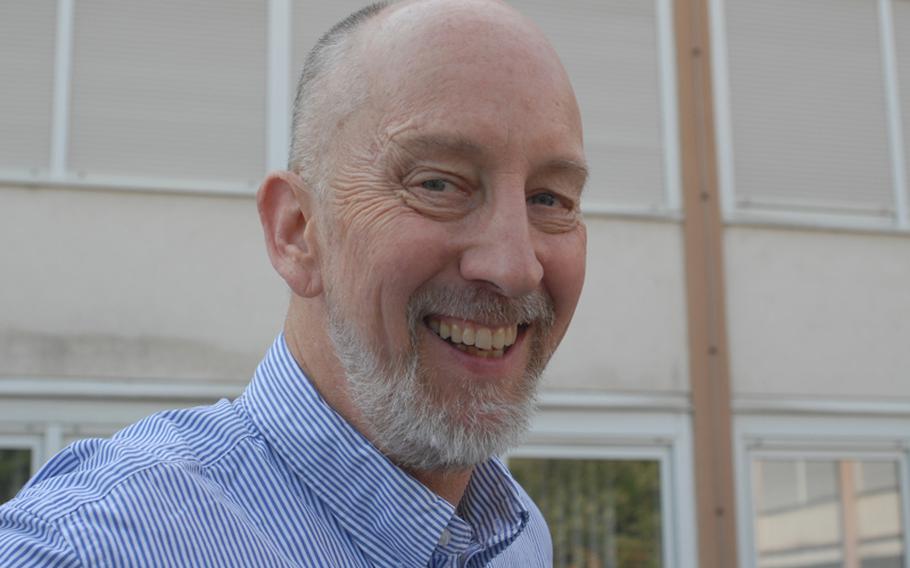 Buy Photo
Military historian Brian McAllister Linn says that the Army is built in peacetime, by planners who have three primary ways of looking at war -- and they're usually flawed. (Nancy Montgomery/Stars and Stripes)

Buy Photo
Military historian Brian McAllister Linn says that the Army is built in peacetime, by planners who have three primary ways of looking at war -- and they're usually flawed. (Nancy Montgomery/Stars and Stripes) 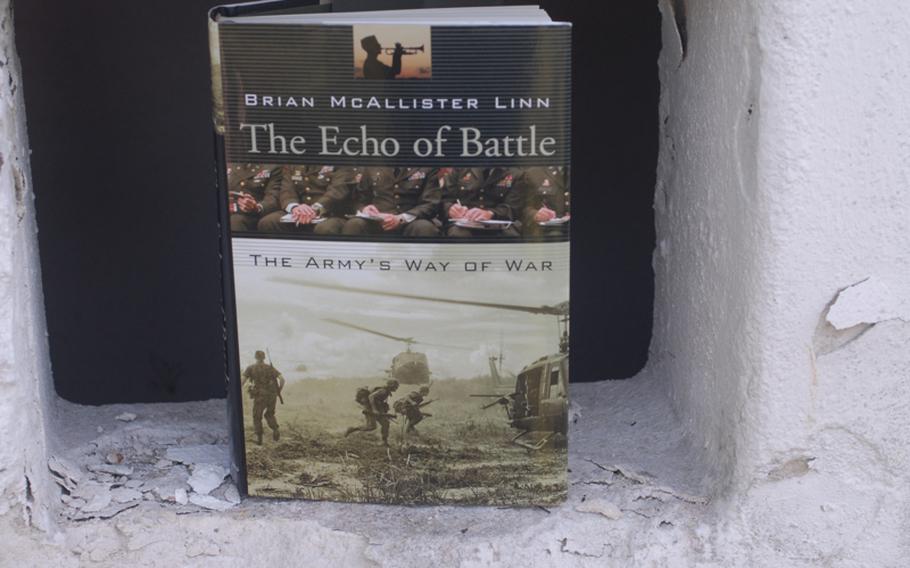 You go to war with the Army you have, Defense Secretary Donald Rumsfeld famously said in 2004.

But how did you get that Army? Why was it, the young soldier had asked Rumsfeld, that soldiers were forced to jerry-rig their own armor from scrounged metal scraps for their Humvees?

Or why was the U.S. Army that fought in Vietnam &ldquo;not suited to this kind of war,&rdquo; according to Henry Kissinger in a letter he wrote to Pres. Gerald Ford?

The Army you have doesn&rsquo;t just happen. It is constructed during peacetime, when the last battle is over, and when Army planners and intellectuals consider the last war&rsquo;s lessons, survey current threats and predict future ones, said military historian Brian McAllister Linn. &ldquo;It goes into the weapons you buy. It goes into the training. It goes into the doctrine,&rdquo; he said.

And according to Linn, the Army you get is usually the wrong one to fight the next war.

It&rsquo;s a common criticism that soldiers prepare to refight the last war. But Linn goes one further. &ldquo;What version of the last war are they preparing to fight?&rdquo; he said. &ldquo;What lessons are you getting? It depends on who you are. Facts are not that important in these narratives.&rdquo;

Linn, a professor at Texas A&M University, formerly of the U.S. Army War College, and &ldquo;the preeminent military historian of his generation,&rdquo; according to commentators like Andrew Bacevich, was interviewed by Stars and Stripes during a recent visit to Germany while he was researching a new book.

The historian is critical of the way Army planners and intellectuals have constituted the force over the decades, recycling old ideas with new buzzwords, he says, rarely getting it right yet maintaining the hubris that only they know the way forward.

Army planners and intellectuals &ldquo;have portrayed themselves as enlightened and informed professionals struggling against venal, ignorant politicians and an apathetic, selfish public,&rdquo; Linn wrote in his book, &ldquo;The Echo of Battle: The Army&rsquo;s Way of War.&rdquo;

Army planners preparing for the next war, he says, interpret the lessons from past wars subjectively, based on what Linn has identified as three martial mindsets or ways of looking at war.

All three mindsets &mdash; what Linn calls the Guardian, Hero and Manager &mdash; &ldquo;claim a unique ability to understand the nature of war and to predict its future,&rdquo; Linn says in his book, &ldquo;Yet all three have consistently proven unable to do so.&rdquo;

Behind the decision-making, in Linn&rsquo;s view, are the three ways Army planners view war. The Guardians see it as an engineering project, an art and a science that can predict the consequences of specific actions and policies. &ldquo;You learn the principles, you tally up your forces and the enemy&rsquo;s forces and follow the plan carefully,&rdquo; Linn said.

Colin Powell, to Linn, with his requirement for overwhelming force and a clear exit plan, represents the Guardian view. It was the prevailing view from the 1800s, when the U.S. relied on harbor fortifications to defeat what it saw as the main threat: invasion, most likely from Great Britain, like in the War of 1812. That never happened. Instead, the Civil War came.

The Guardian view is most useful when there&rsquo;s just one threat, and one solution, Linn said. If the war is lost, it&rsquo;s because the plan wasn&rsquo;t correct or wasn&rsquo;t followed. &ldquo;The Guardians believe you need clear limits on what the military can and can&rsquo;t do. They try to restrict that to just one scenario. Like after Vietnam, focus on Russia. The doctrine is very formulaic and the officer corps is very top-down.&rdquo;

After Iraq and Afghanistan, these types of thinkers will want to prepare the Army for a big enemy, &ldquo;probably China,&rdquo; Linn said.

The Hero &mdash; Linn&rsquo;s example is George Patton &mdash; has a much different view of war. &ldquo;A hero believes war is a struggle of martial virtues. It&rsquo;s your courage, your discipline, your morale. It&rsquo;s a struggle of intangibles. The Army is about men, not machines.&rdquo;

Heroes, notably, are the most flexible and innovative, the only ones who don&rsquo;t turn their noses up at &ldquo;brushfire wars&rdquo; like counter-insurgencies. They see war as chaotic, violent and emotional, not containable by scientific formulas. But they tend to have a negative view of &ldquo;soft&rdquo; American society. They blame war losses on others &mdash; politicians and the American people, Linn said.

Managers &mdash; Dwight D. Eisenhower, for example, and probably Erik Shinseki and Gen. David Petraeus &mdash; think that prosecuting a war is like running a giant corporation. &ldquo;It&rsquo;s extremely complicated and everything has to come together,&rdquo; he said. Managers believe that war requires mobilization of the entire nation, huge armies equipped with the best weapons controlled by educated professionals, Linn said, and are &ldquo;indifferent to small outbreaks of violence, post-conflict operations and unconventional missions.&rdquo;

One of the Army&rsquo;s more spectacular and recent examples of bad planning was the Future Combat Systems, introduced in 2003 as the Army&rsquo;s plan to wage the wars of tomorrow. It was centered on &ldquo;a fleet of light, networked, electric-powered combat vehicles that would speed American forces into battle against another superpower military &mdash; and win the fight almost instantly, thanks to its unmatched ability to out-think and out-maneuver any foe,&rdquo; as Wired magazine put it.

&ldquo;But just about every assumption the Army had about its future was wrong,&rdquo; Wired noted. &ldquo;America&rsquo;s wars wound up being against terrorists and insurgents, not other big armies. The enemy weapons of choice in those fights &mdash; metal-shredding roadside bombs &mdash; made a priority of more armor, not less.&rdquo;

Linn&rsquo;s now working on a book about &ldquo;Elvis&rsquo;s Army&rdquo; &mdash; the peacetime Army between the Korean War World and the Vietnam War into which Elvis Presley was drafted. Presley served two years in Germany.

&ldquo;When Elvis goes in, what does the Army look like? Why is Elvis in the Army?&rdquo; Linn said. &ldquo;There&rsquo;s a lot of nostalgia for the draftee Army, but there&rsquo;s no evidence that the American soldiers then liked the service. Only two to four percent re-enlisted.&rdquo;