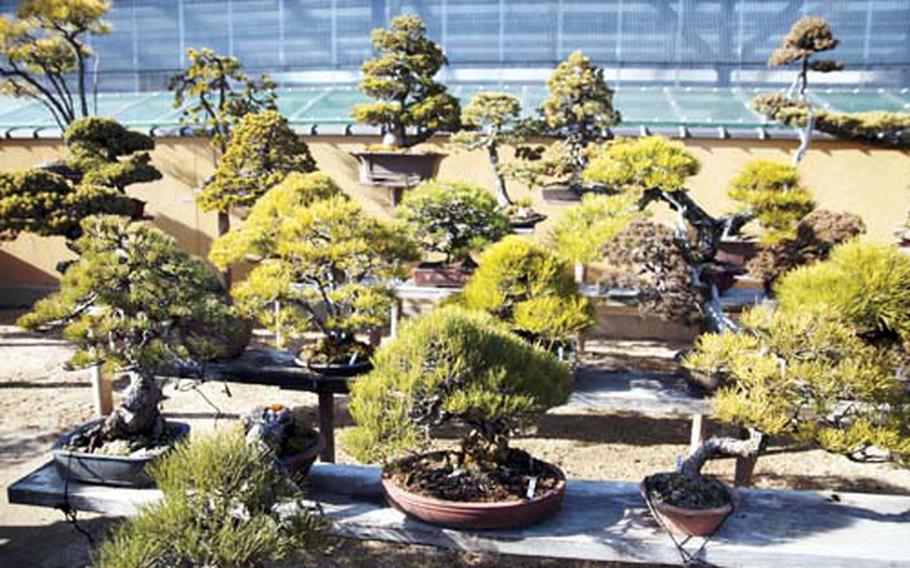 The bonsai village in Saitama is one of the best places to see examples of bonsai. (Grant Okubo/S&S)

The bonsai village in Saitama is one of the best places to see examples of bonsai. (Grant Okubo/S&S) 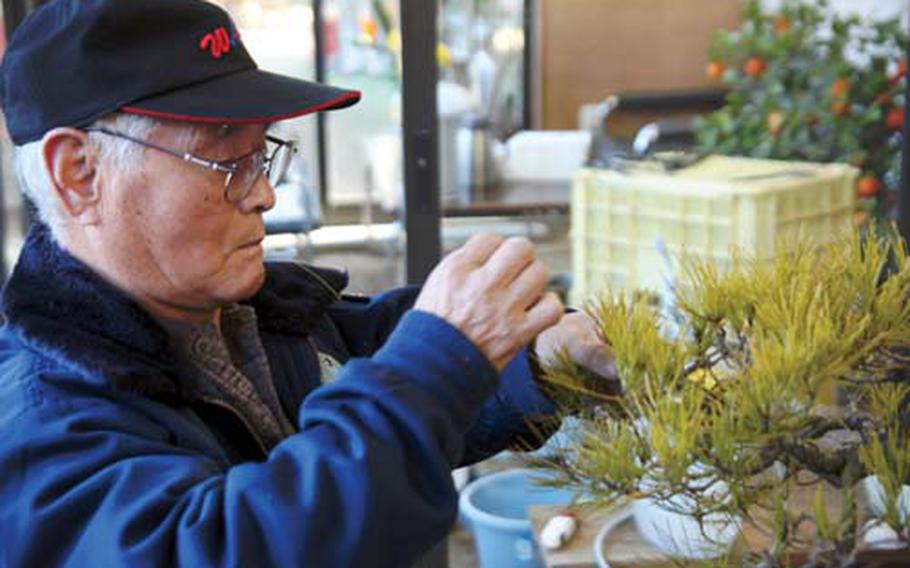 A local Japanese man practices the art of bonsai at the bonsai village in Saitama. (Grant Okubo/S&S)

For some, Mr. Miyagi and the Karate Kid movies were their introduction to the world of bonsai &mdash; the art of growing miniature trees.

There are even a few websites talking about how "Mr. Miyagi" introduced them to bonsai.

But the ancient Japanese art of bonsai has grown past the pop culture references and found its way into gardens around the world.

Originally developed in China 2,000 years ago, bonsai was adopted (and some say perfected) by the Japanese in the 12th century. Growing bonsai requires a specific process of pruning, root reduction and potting to ensure the desired effect.

"There is (a growing) interest in bonsai" outside Japan, said Yoshihiro Nakamizu, president of the Bonsai Network near Tokyo, which connects visitors to Japan with some of the country&rsquo;s most spectacular bonsai gardens.

Most of his clients come to Japan from Europe, North American and South America specifically for the bonsai tour, he said.

Japan has the best bonsai in the world, said Pedro Morales, president of the Puerto Rico Bonsai Federation, who along with other bonsai enthusiasts from Puerto Rico, Mexico, Columbia and Venezuela spent a recent Sunday touring gardens with Nakamizu.

"If we want to learn the correct way, we have to come to the best," Morales said.

Their first stop was to the bonsai village in Saitama City, just outside Tokyo. Located near Omiya Station, it is made up of several privately owned bonsai gardens in the residential neighborhood Bonsai-cho.

"The serenity, simplicity and peace that you get when you visit the gardens is a very unique feeling," Morales said. He added that both amateur and professionals interested in bonsai definitely have to see the gardens for themselves.

Meeting the bonsai artists is among the highlights of such trips, said Morales, who has made his fifth trip to Japan with bonsai always topping the agenda.

"This place is full of history and to see all the great collections there and to learn where each of the masters came from is a very special feeling. Every (bonsai) master that we spoke with is willing to share their knowledge. The most important thing is that they appreciate that outsiders are learning (this) Japanese art form."

While Japan is a bonsai lover&rsquo;s paradise, Morales and others have exported the art to their native countries, Morales said.

Though trees and climates vary, the technique remains the same, he said.

The tour also included a stop at the private garden of Masahiko Kimura in Saitama City. Kimura is considered the best of the best in the bonsai world, Nakamizu said.

"Kimura is the Picasso of the bonsai world," Nakamizu said. "You&rsquo;ll see how his trees are different from the others. He takes the material and makes them into an art form."

The tour ended at bonsai master Kunio Kobayashi&rsquo;s Shunkaen Bonsai Museum in Tokyo. During the visit, many of the bonsai fans had the opportunity to speak with bonsai practitioners such as Peter Warren, Kobayashi&rsquo;s apprentice. The native of Yorkshire, England, has studied under Kobayashi for seven years.

"What I&rsquo;ve learned from bonsai in terms of technique has only been a small part compared to what I&rsquo;ve gained from this experience on a personal level," Warren said. "Bonsai can be incredibly beautiful, and it makes people happy."

For more information on attending a tour of the various bonsai gardens, visit www.j-bonsai.com