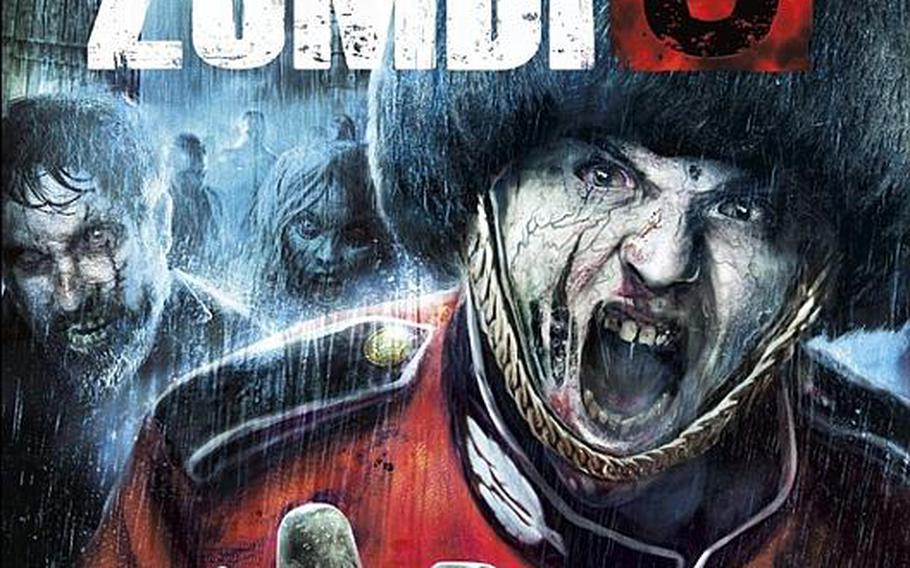 “ZombiU” is a fun and intense addition to the zombie genre, but the game never quite rises to greatness. (Courtesy of Ubisoft Entertainment)

“ZombiU” is probably the most “realistic” game in the genre.

Like other zombie shooters, it gives you gloomy settings, limits your resources and packs the world with all sorts of nasty creatures. However, if the undead grab your character in other games, he bounces back for more. That doesn’t happen in Ubisoft’s M-rated zombie shooter for Nintendo’s new Wii U console. If zombies get your character, he joins the horde and you start with a new one.

It definitely adds intensity to the action. And the Wii U’s new controller adds some interesting new facets to game play. However, neither of these propels the game to greatness.

“ZombiU” is set in London at the height of a zombie infestation. You play as a survivor who’s been contacted by a guy who calls himself “the prepper,” who sets you up with a safe house, a pistol and a cricket bat. He then sends you to explore apartment buildings, Underground stations, sewers, Buckingham Palace and the Tower of London. You’ll run into a handful of other survivors who give you additional missions. These add up to a semi-related string of events, but not really a storyline. However, I admit that I enjoyed the ride.

You’ll quickly learn that this isn’t your typical zombie shooter. It’s frequently better to evade the undead than to blast them. Although you can find shotguns, crossbows and assault rifles, ammo isn’t exactly plentiful, so you will need to rely heavily on your cricket bat, which can split a zombie’s skull with a few good whacks.

In addition, death can be a real pain. If your character falls to a zombie, he joins the shuffling horde, taking all of the weapons, ammo and other gear that he’s acquired. All upgrades to fighting abilities also disappear. Fortunately, upgrades to physical items — weapons, backpack and scanner — transfer from character to character.

You respawn as another person, armed only with a cricket bat and pistol. If you want to reclaim your goods, you need to return to the site of your previous character’s death and “kill” him. If you fail in this task, your goods will be scattered around the map.

If this doesn’t seem hard-core enough for you, you can play the survival mode, where you get only one death. If you succumb, you have to restart the game.

The only thing that really separates “ZombiU” from games on Xbox 360 or PlayStation 3 is the screen on the Wii U’s controller. You use the screen to check your map, obtain objects from your backpack, pick locks, operate keypads, scan your surroundings, detect zombies and read through your journal. In other games, these functions are handled on the main screen.

Technically, the game does what it needs to do but not much more. The graphics are better than those offered by the best Wii games, but nowhere near what you’d expect from top-tier games on other consoles.

In addition to the traditional campaign and the survival mode, “ZombiU” offers an excellent multiplayer mode. In this, one player plays the traditional shooter role, using wits and weapons to survive among the rampaging zombies. The other player acts as the “zombie king,” selecting and placing zombies on the map in an effort to overwhelm the shooter.

The game is well-balanced, with the shooter’s abilities increasing as the “king” acquires new types of zombies.

Bottom line: “ZombiU” offers some interesting new ideas, but these simply add a new veneer to a relatively standard shooter.