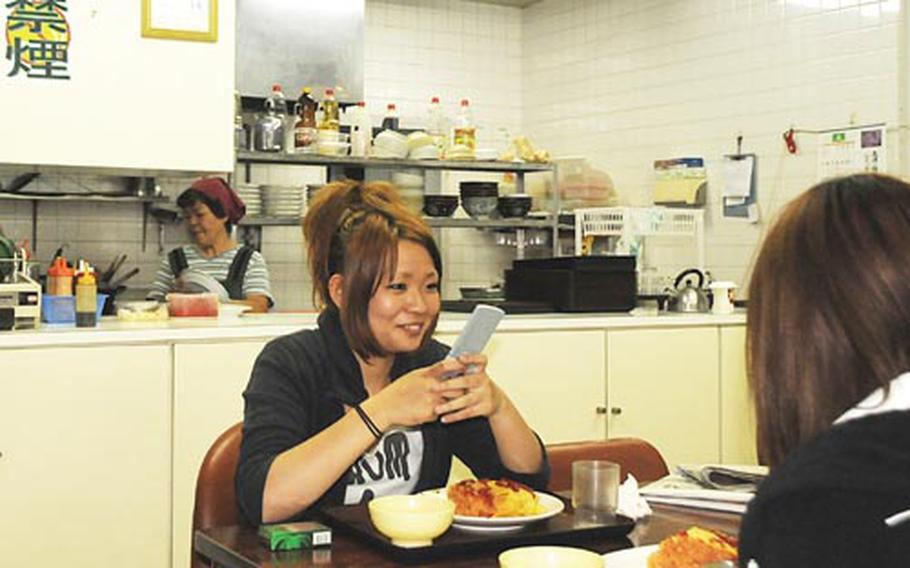 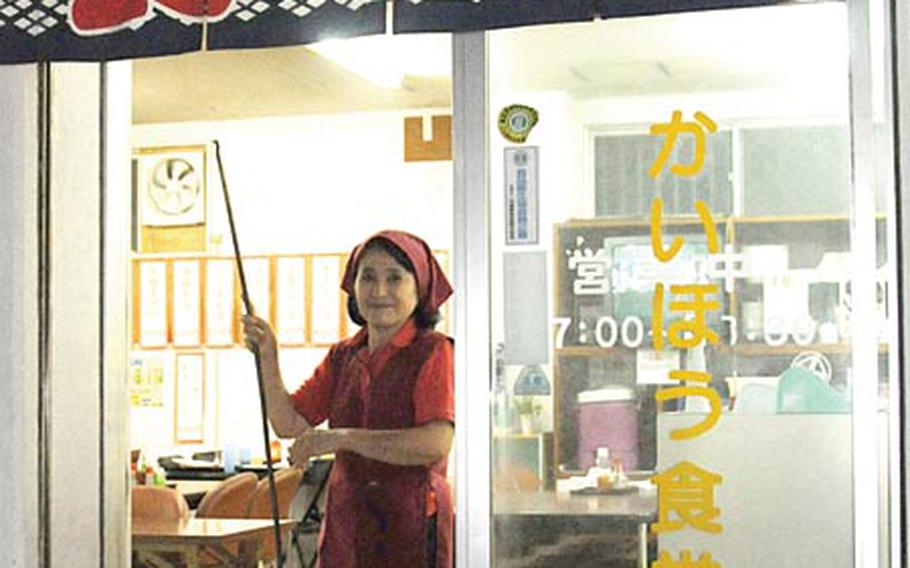 Minshuku Kaihou doesn&#39;t have any signs in English so be sure to look for the restaurant&#39;s blue and red banner. (Cindy Fisher / S&S)

Minshuku Kaihou, a small restaurant on Highway 75 near Camp Courtney, Okinawa, isn&#8217;t much to look at, but the food and price can&#8217;t be beat.

Walking into the restaurant, the first thing you notice is its slightly dingy appearance &#8212; the cracked paint on the walls, the beat-up chairs and the simple tables scattered throughout the open dining room.

Then the aroma of fresh, hot Okinawan food wafting from the kitchen, with its preparation visible from the seating area, hits you. And your taste buds start tingling.

The flavors of the simple Okinawan fare at Minshuku Kaihou more than make up for the restaurant&#8217;s lack of ambience.

Such Okinawa standards as soba, fried rice, fried shrimp, taco rice and miso soup make up much of the menu. But it also features some unexpected surprises for Americans &#8212; like tofu champuru, a type of tofu, meat and vegetable stir-fry dish; and omrice, a rice-stuffed omelet.

And since most menu items average about 500 yen, a family of four can eat for about 2,000 yen. Be sure to bring yen.

The menu is in Japanese, and the staff speaks very little English. However, they&#8217;re very friendly and happy to stumble along to figure out what you want to eat.

If you&#8217;re hungry for just a quick bite to eat, Minshuku Kaihou is a great place for breakfast, lunch or dinner.

And that lack of ambience? Just look at it as warm character &#8212; simple, frugal and unimposing.