Buy Photo
A potato- and blue cheese-filled pie and side salad at Le Saint-Ex restaurant in Itaewon, a nightlife district just outside Yongsan Garrison in Seoul. (Ashley Rowland/Stars and Stripes)

Buy Photo
A potato- and blue cheese-filled pie and side salad at Le Saint-Ex restaurant in Itaewon, a nightlife district just outside Yongsan Garrison in Seoul. (Ashley Rowland/Stars and Stripes) 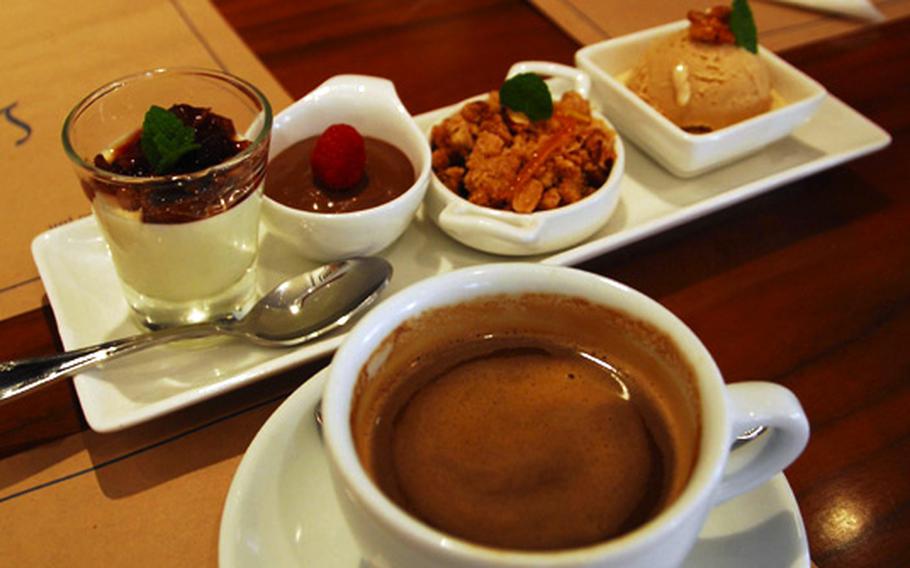 Buy Photo
A dessert sampler and coffee at Le Saint-Ex, a French bistro in the Itaewon neighborhood of Seoul. (Ashley Rowland/Stars and Stripes) 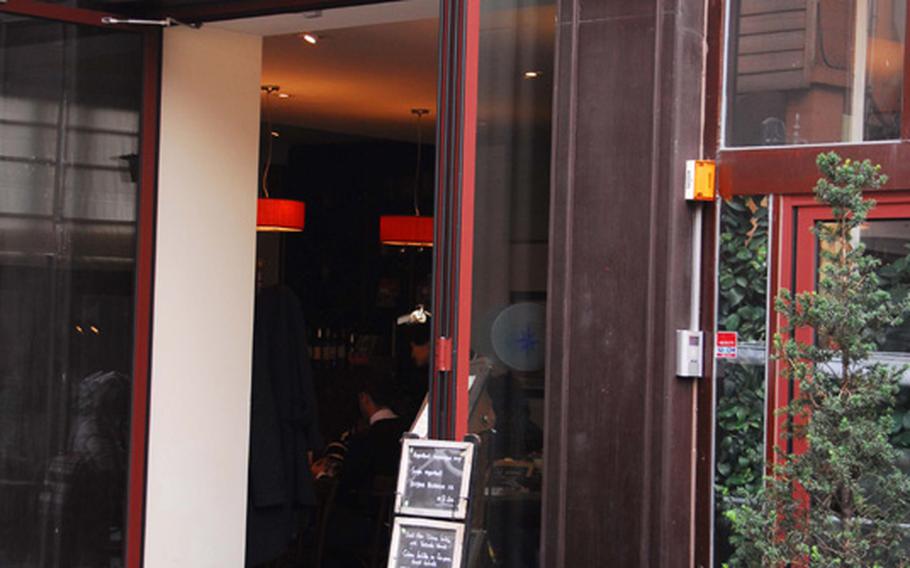 Buy Photo
Le Saint-Ex, a French bistro, is located on a corner of the restaurant-populated street behind the Hamilton Hotel in Seoul&#39;s Itaewon neighborhood. (Ashley Rowland/Stars and Stripes)

There are some places where you know, absolument, that you&rsquo;re going to get a good meal.

One of those go-to restaurants in Seoul is Le Saint-Ex, one of the first foreign restaurants to open in the now-hip foreign restaurant district of Itaewon. This classy French bistro serves soups, salads, terrines and main dishes in a cozy, light-filled corner building on Itaewon&rsquo;s restaurant row &mdash; a bustling street behind the Hamilton Hotel, about a 10-minute walk from U.S. Army Garrison-Yongsan, packed with bars and restaurants serving cuisine from around the world.

The menu changes frequently, with the day&rsquo;s offerings written on a blackboard that stands outside the doorway. But you can be fairly certain that whatever they have will be good.

On a recent visit for Sunday lunch, two friends and I all ordered the cheese pie (14,000 won) &mdash; a flaky pastry filled with potatoes and just the right amount of tangy blue cheese, accompanied by a simple side salad.

That was after eating two baskets of perfectly chewy French baguette slices made with organic flour by the French-run Guillaume Bakery in Seoul.

After lingering for two hours over coffee and wine, we made room for dessert and split a sampler (12,000 won) of four items chosen from a dessert display on a table in the center of the restaurant. Our sampler included walnut-coffee ice cream, apple crumble, chocolate mousse, and vanilla mousse with a fig topping.

Also on the menu that day were cumin-flavored carrot soup (8,000 won), fish and shellfish sauerkraut plate (28,000 won), Korean tenderloin steak with green peppercorn sauce (38,000 won; with foie gras, 49,000 won). They also offer a brunch set with a soup or salad, main dish and dessert for 19,000 won. Le Saint-Ex has a good wine list and excellent coffees, including decaf, which is rarely found in Seoul.

Prices aside, the only downside is that portions tend to be small. But the service is attentive, and the food and the atmosphere make Le Saint-Ex a perfect place for a date, a business lunch, brunch with friends or a glass of wine on your own.

Directions: In the alley behind the Hamilton Hotel. Located across the street from 3 Alley Pub and Sam Ryan&rsquo;s Sports Bar and Grill.