Because the menu at L’Imperatif&#39;Ment Belge in Mons, Belgium, changes each day, the daily offerings are written on a chalkboard. (Kevin Dougherty / S&S)

Because the menu at L’Imperatif&#39;Ment Belge in Mons, Belgium, changes each day, the daily offerings are written on a chalkboard. (Kevin Dougherty / S&S) 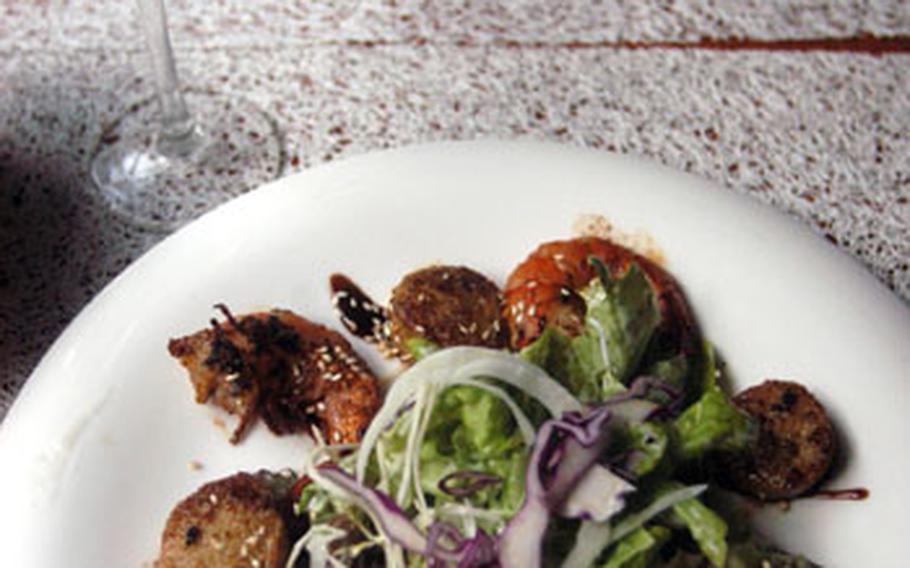 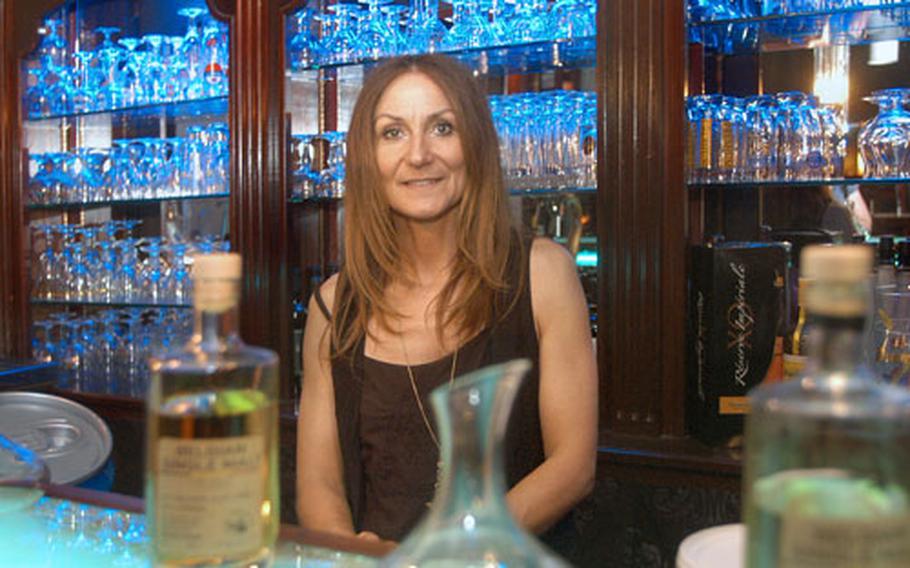 L’Imperatif&#39;Ment Belge is an award-winning brasserie on the main square in Mons, Belgium. The restaurant is next to a small movie theater that occasionally plays English-language films. (Kevin Dougherty / S&S)

The chunk of fresh eel arrived at the candlelit table neatly prepped for the tentative taster.

In other places it is still unusual. At the upscale brasserie L&#8217;Imp&#233;ratif&#8217;Ment Belge in Mons, Belgium, eel was just one of the out-of-the-ordinary featured dishes this night.

Etched in French on a chalkboard, the night&#8217;s menu listed nine appetizers and eight main courses, including Belgian Brie croquettes with smoked ham, meatballs in an apple-pear syrup, marinated herring with lukewarm potatoes, and codfish, crawfish and scallops en papillote &#8212; cooked in a sealed pouch &#8212;with a dash of red pesto sauce.

The cuisine of southern Belgium near the French border tends to be flavorful and on the saucy side, Jarinski said.

L&#8217;Imp&#233;ratif&#8217;Ment Belge is a reliable choice for anyone interested in sampling authentic food from Wallonia, the French-speaking part of Belgium. It&#8217;s not cheap, though. A tab can run upwards of 40 euros for a couple of drinks and a three-course meal.

Stepping from the cobblestone street into the dimly lit brasserie, the first view is of the bar tastefully illuminated in blue hues. Hung on walls throughout the establishment are several black silhouettes of regional icons. They include the Lion of Waterloo, singer-song writer Jacques Brel and Manneken Pis, the famous Brussels statuette of &#8220;a little man peeing.&#8221; The far wall features a replica of the Atomium monument from the 1958 Brussels World&#8217;s Fair.

The establishment was once known for being a popular meeting point for patrons of the small movie theater next door. Many filmgoers would stop by before, during or after the show for a drink and a bite to eat, Jarinski said. On occasion, then as well as now, the theater features English-language films.

Music figures into the building&#8217;s history as well.

For even more atmosphere after dinner, head left out the door to the Grand Place, choose a sidewalk cafe and take in the rhythms of the night.

Directions: Mons is off E-42, the east-west through Wallonia. Look for an exit sign that includes SHAPE. At the bottom of the ramp, go left, which is in the opposite direction of SHAPE. Signs will direct you to the nearby city center.

Hours: Closed on Sunday evenings, all of Monday and Saturday noontime. Opens early evening and closes around midnight.

English menu: No. Bring a French-speaking friend or a pocket-size translation book.