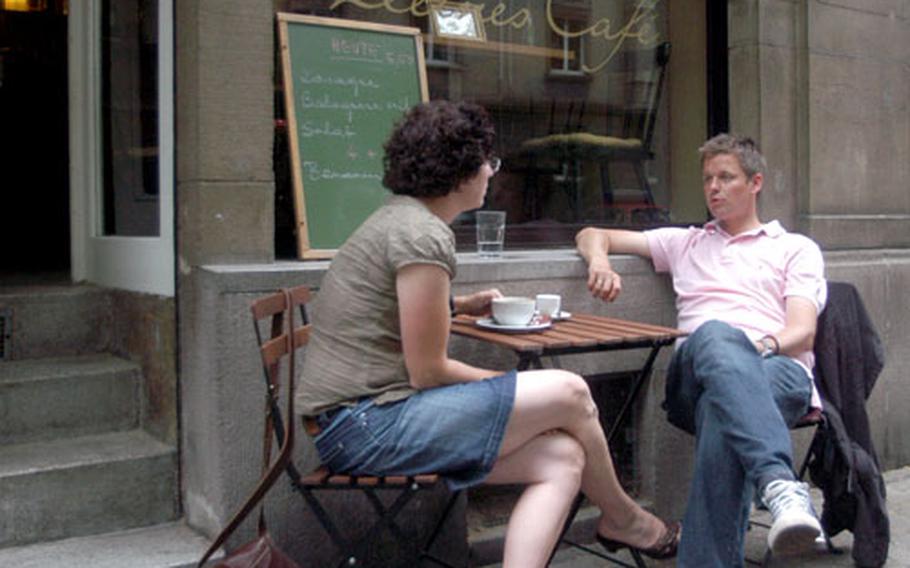 Located near old Turley Barracks, Kleines Café is one of several intriguing stops on Lange Rötterstrasse in the Neckarstadt section of Mannheim. (Kevin Dougherty / S&S)

Located near old Turley Barracks, Kleines Café is one of several intriguing stops on Lange Rötterstrasse in the Neckarstadt section of Mannheim. (Kevin Dougherty / S&S) 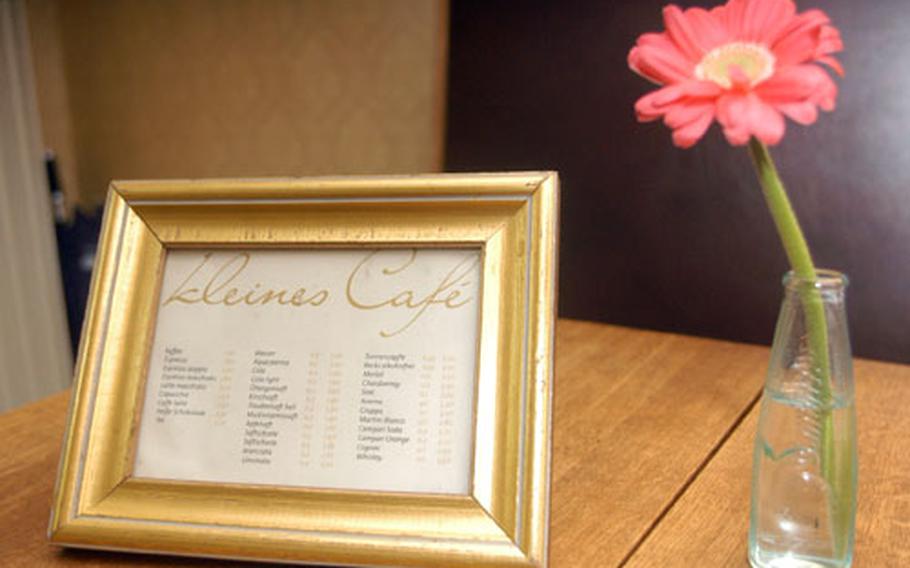 The Kleines Café is known for its simple elegance and lunchtime menu. (Kevin Dougherty / S&S) 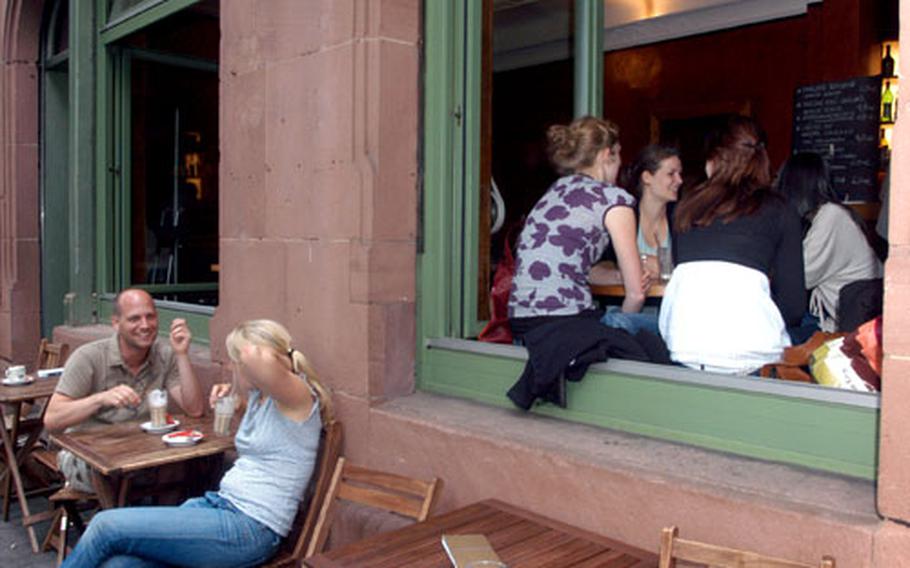 French cuisine, candlelit tables and a relaxed atmosphere make Lavandou Café one of the more popular establishments along Lange Rötterstrasse in the Neckarstadt section of Mannheim. (Kevin Dougherty / S&S)

Not far from an abandoned U.S. Army post in the German city of Mannheim is a shady street speckled with cafes and restaurants that are simple, relaxing and easy to enjoy.

A row of large linden trees lines one side of Lange R&#246;tterstrasse, which translated means "long stretch." That&#8217;s a reference to when the area, an elongated tract, was used for farming. The side of the street opposite the trees was developed first, around 1905, and that&#8217;s where most of the cafes and eateries are.

"It&#8217;s small and narrow here," said Daniela Oberndorfer, referring to Kleines Caf&#233;, her establishment, though she could have been talking about the area itself. "You always hear what your neighbors are talking about."

Two years ago, customers were likely discussing the Army&#8217;s departure from nearby Turley Barracks. Today, cafe-chatter subjects run far and wide, from the German economy to the weather to what the Austrian-born proprietor has on her menu, which is on a seven-week cycle.

Kleines Caf&#233; certainly lives up to its name, for the place is incredibly small. There are five, two-person tables and a long, high-back leather bench where maybe eight to 10 people could fit, but that&#8217;s it. Except for Berti, Oberndorfer&#8217;s Spanish hunting dog, there just isn&#8217;t much room for anyone to roam.

The busiest part of the day is noontime, when patrons, many of them regulars, drop in for lunch. While the menu is constantly changing, pasta is traditionally served on Mondays, while fish is reserved for Fridays. The dish that causes the greatest stir is her schnitzel with potatoes and cucumber salad.

Up and down Lange R&#246;tterstrasse are other restaurants, most notably Luisella, which specializes in southern Italian dishes. Cooking classes are also offered.

Down a block or so from Oberndorfer&#8217;s tiny cafe and catering service, is Lavandou Caf&#233; and Bistro. It specializes in French food, particularly fresh breads and pastries, as well as homemade dips and jams. Lavandou is probably the most popular place on the strip.

On this day, four female medical students are relaxing by an open window. In a few hours, each table will be illuminated by a candle and the mood of the place will become even more intimate.

Like Kleines up the street, Lavandou isn&#8217;t all that big. But what it lacks in size it makes up in ambience. Regulars say its salads, dips and selection of pastries are heavenly.

"We read about it in a magazine," Annick Knoblich said. "The food is supposed to be good, so we came and we really like it."

Directions: West of Heidelberg off of B38. Street is three stoplights from old Turley (Army) Barracks.

Food: Kleines has a rotating menu that includes pasta, schnitzel and fish. Lavandou serves fresh bread and croissants for breakfast and has baguette sandwiches, salads, and galettes and crepes the rest of the day.

English menu: No, but both staffs speak passable English.