After Hours: Good Italian food finds its way to Kunsan 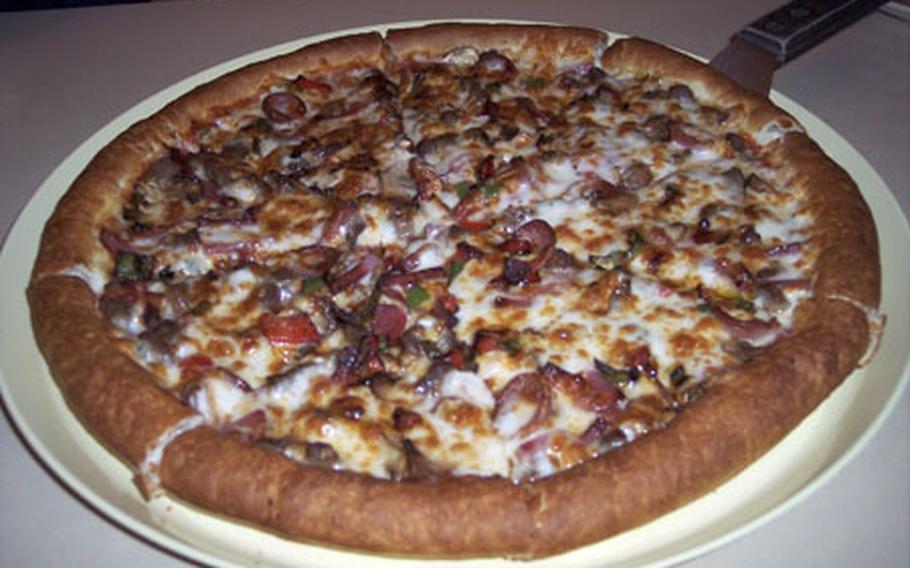 KUNSAN, South Korea &#8212; South Koreans like to point to their booming economy, their giant companies and their sophisticated heated toilet seats as proof that after years of hardship, they&#8217;ve finally made it big.

Personally, I can think of few better yardsticks of South Korea&#8217;s progress during the past 50 years than the fact that you can find enjoyable Italian food, even in the sticks.

Valentine&#8217;s is still Italian food with a Korean twist &#8212; I doubt Rome will be hawking bulgogi pizza or offering kimchi on demand anytime soon. But it&#8217;s much closer to the familiar, Americanized version of Italian fare than many Korean Italian restaurants.

A simple dish like oven-baked spaghetti is done just right, said a dining guest who preferred to be known as &#8220;Kim the crusty old fighter pilot.&#8221;

The pasta basilica got high marks from another American diner for its pesto cream sauce, broccoli, tomatoes and &#8220;a good range of flavors.&#8221;

Kim also liked a shrimp risotto with what seemed to be a tomato cream sauce and Spanish rice inside a casserole dish. Quirky, not quite what you&#8217;d expect, but tasty, he said. A combination pizza with lots of toppings and a cheese-filled crust far surpassed anything you&#8217;ll find at the military bases I&#8217;ve been to in the Pacific.

The order was well handled by an English-speaking Korean who didn&#8217;t need a pen to take notes. When you leave, he&#8217;ll also give you a free bottle opener that doubles as a refrigerator magnet.

For a part of the world where corn and mayonnaise is considered appropriate pizza toppings, that&#8217;s saying a lot.

Prices: Pasta dishes run from 6,000 won to 11,000 won; pizzas run up to about 20,000 won for a large with six or seven toppings.Specialties: Pizza and pasta.English menu: Yes, with pictures.Dress: Casual, maybe a button-down shirt.Clientele: Mostly Korean, some Americans.Location: Located in the Wharf area. Head down the main road from Kunsan about 5-7 miles. There will be a KT sign on the right hand side. One block later, turn right at the traffic light. Pass Cheers on the left. Valentine&#39;s is across the street from clubs Robin Hood and Cowboy. Hours: 10 a.m. to 11 p.m., most days.Phone: (063) 442-4886