After Hours: Getting Japanese beer in S. Korea is pricy 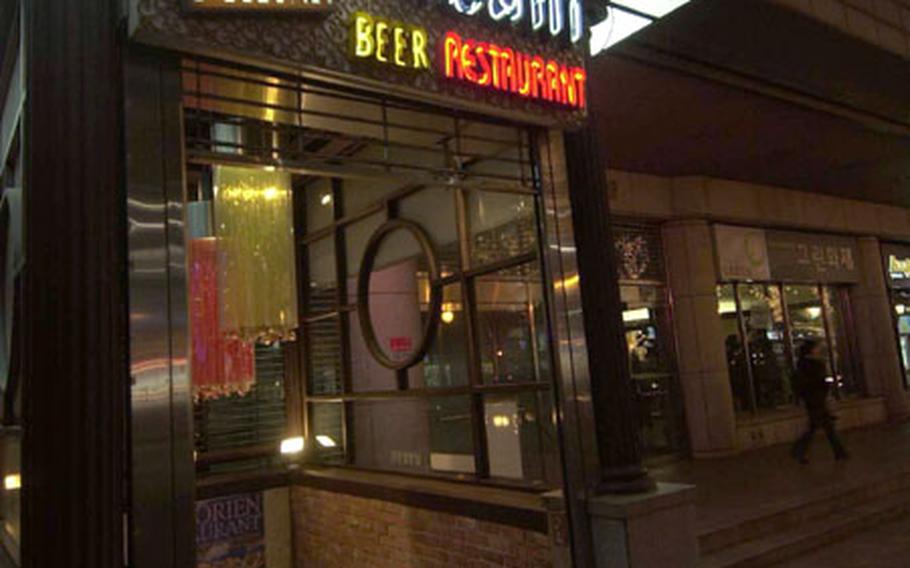 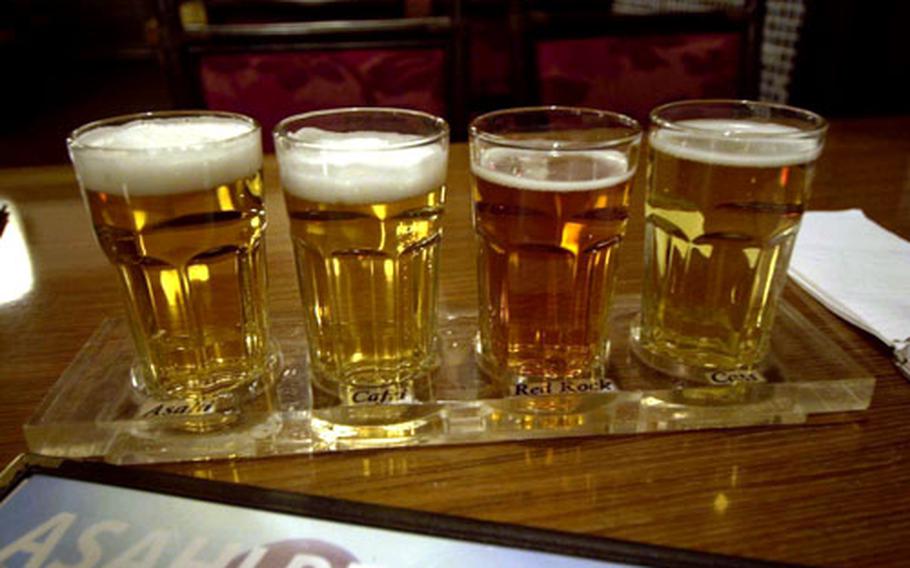 With more than a decade in Japan under my belt, I start to salivate at the thought of Japanese beer after a few months without it in Seoul.

That&#8217;s why I decided to head for the Asahi Orien Beer Restaurant near Yongsan Garrison on a recent Friday night. Asahi is my favorite Japanese beer, and I&#8217;ve actually toured the Orion &#8212; which is the correct spelling, by the way &#8212; beer factory in Okinawa.

My hopes, high when I walked in the door, were dampened more than a bit when I checked out the menu.

Because I wasn&#8217;t eating, I had more time to compile this list from the menu:

Second strangest item: Shrimp potato. The photo actually looked like some blob of a potato with a shrimp tail sticking out the back and a lovely line of mayonnaise scribbled across the top. Ummm &#8230; no thanks.

After my first overpriced beer, I decided to go for the nearly $9 beer sampler: offering a taste of Asahi Super Dry, Cafri, Red Rock and Cass.

The waitress made it a point to explain how tiny each sample was, leading me to believe it&#8217;s been a point of complaint in the past.

I actually enjoyed it. It&#8217;s not hard to deceive a beer drinker, and the four glasses did the trick. I felt like I had come out on top. And I&#8217;ll keep telling myself that!

Hours: Varies based on locationPrices: Pricey. Draft Asahi Super Dry runs about $7.50 a glass; cocktails run about $6.50; and forget about the $240 special that gets you a half-liter of Ballantines whiskey, three bottles of beer and a food sampler plate.Specialties: Food menu tied in to your favorite beer; all expensive. Eat before you arrive.English menu: English, Korean and Japanese available.Dress: As casual as you want.Clientele: A few people on dates, and a bunch of guys who looked like they just finished work.Location: Exit Yongsan Garrison&#8217;s Gate 1 and cross the street to the side with Camp Kim. Turn right, walk past Camp Kim like you&#8217;re headed to Seoul Station. Just past the first major intersection, located between the Baskin-Robbins and Kentucky Fried Chicken, you&#8217;ll see the basement restaurant. Web site: www.asahiorien.co.kr