After Hours: Ganesha could be your go-to restaurant for Indian food in Stuttgart 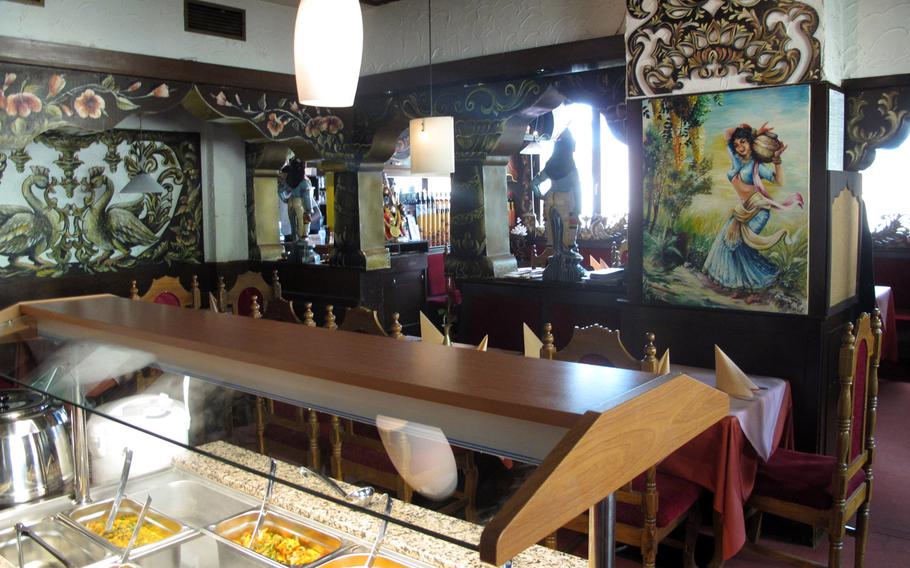 The atmosphere is cozy at the Ganesha restaurant in Stuttgart, Germany. The walls are decorated with various works of Indian art. (John Vandiver/Stars and Stripes)

The atmosphere is cozy at the Ganesha restaurant in Stuttgart, Germany. The walls are decorated with various works of Indian art. (John Vandiver/Stars and Stripes) 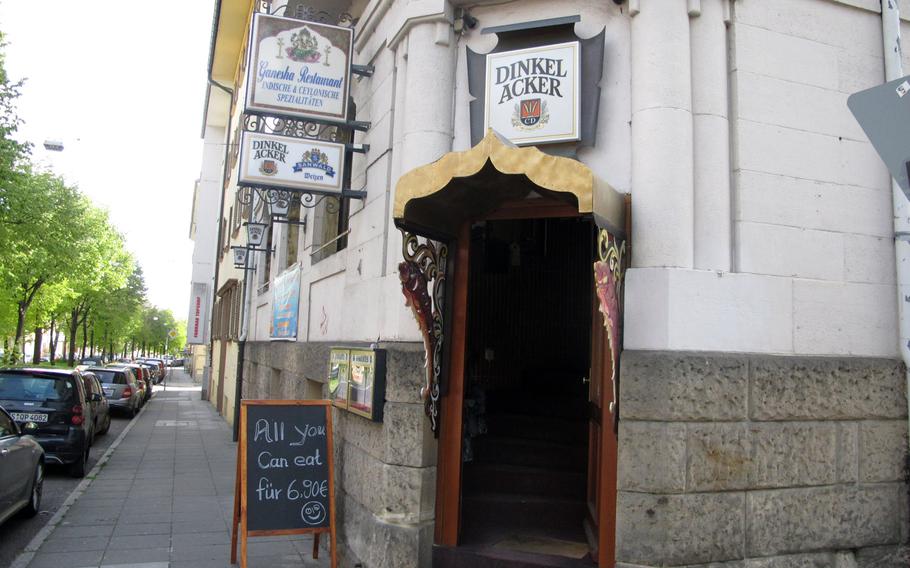 At Ganesha in Stuttgart, Germany, you can try a host of spicy specialties at reasonable prices. Here, a sign advertises the all-you-can-eat lunch buffet. (John Vandiver/Stars and Stripes) The lunch buffet at the Ganesha Indian restaurant in Stuttgart, Germany, is a mix of curried dishes, featuring chicken and vegetables. It’s a bargain at 6.90 euros. (John Vandiver/Stars and Stripes) Hindu-inspired artwork, such as this painting of the god Shiva, decorates the walls throughout the Ganesha restaurant in Stuttgart, Germany. (John Vandiver/Stars and Stripes)

It’s a restaurant I’ve frequented more than any other in my years in Stuttgart, Germany, and nine times out of 10 I’ve ordered the same thing.

I’m a sucker for the Chicken Bhindi at Ganesha, the ultimate destination for any Stuttgart resident who’s a fan of Indian cuisine. Whether dining there or taking out, I can’t seem to resist the spicy dish accented with ginger and rounded out with okra.

However, on a recent lunchtime excursion I decided to expand my experience and try the all-you-can-eat buffet. At a mere 6.90 euros, it was as astonishingly good as it was cheap.

The buffet isn’t huge, but the selection is just right, with a range of flavorful curries served with various chicken and vegetarian combinations. The curried potatoes and chickpeas are particularly good.

Google tells me that Ganesha is the Hindu elephant god. The local chain of the same name has three restaurants in the area. I go to the eatery in the eastern part of Stuttgart because of its cozy atmosphere. The rooms are dark, incense is always burning and the walls are covered with all sorts of Hindu art and ornate sculptures of the gods.

The other Ganesha locations are in Stuttgart West and the town of Fellbach, on the northeastern edge of Stuttgart. I’ve heard good things about those spots as well.

Around for 10 years, Ganesha is well established in the Stuttgart area, which is a good thing for anyone interested in spices in a land better known for Maultashen and Spätzle.

Cost: Most dishes are in the 10-euro range. The restaurant also offers higher-end meals for two that include multiple courses for about 40 euros. I’ve never tried those offerings.

Menu: In English and German.