After Hours: Elena Garden at Home plus, Uijeongbu, South Korea 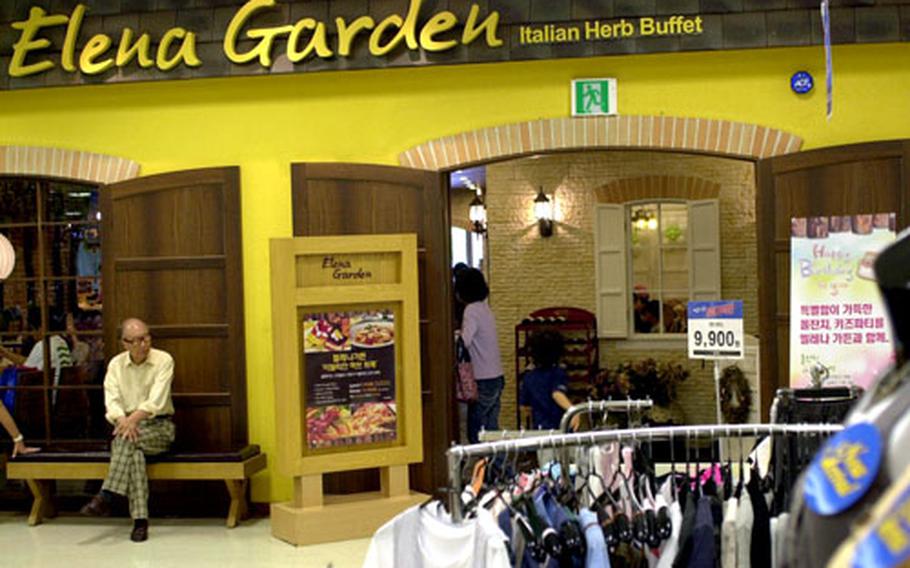 The entrance to Elena Garden is inside the Home plus department store in Uijeongbu, South Korea. (Jon Rabiroff / S&S)

The entrance to Elena Garden is inside the Home plus department store in Uijeongbu, South Korea. (Jon Rabiroff / S&S) 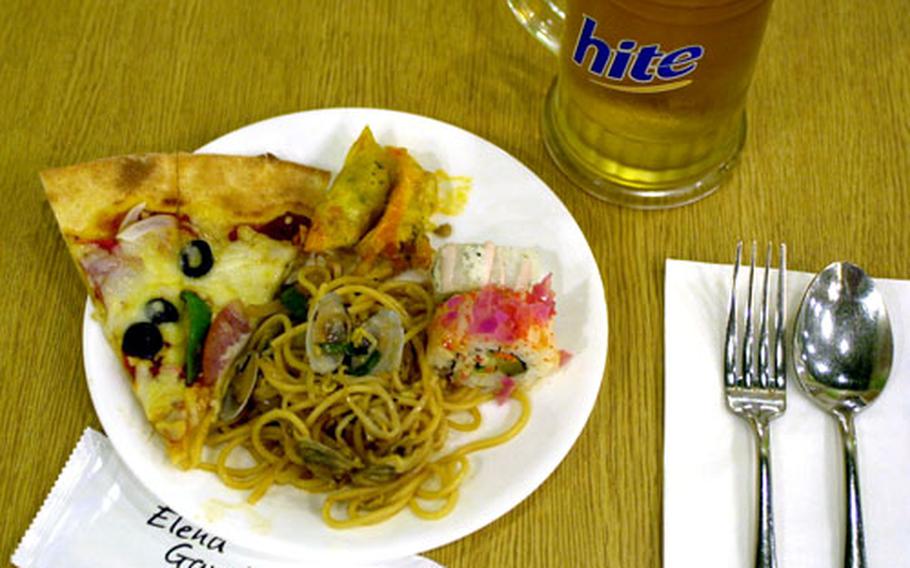 Pizza, pasta and sushi are just some of the offerings at Elena Garden, where the low-priced buffet is a favorite of Home plus shoppers. (Jon Rabiroff / S&S) 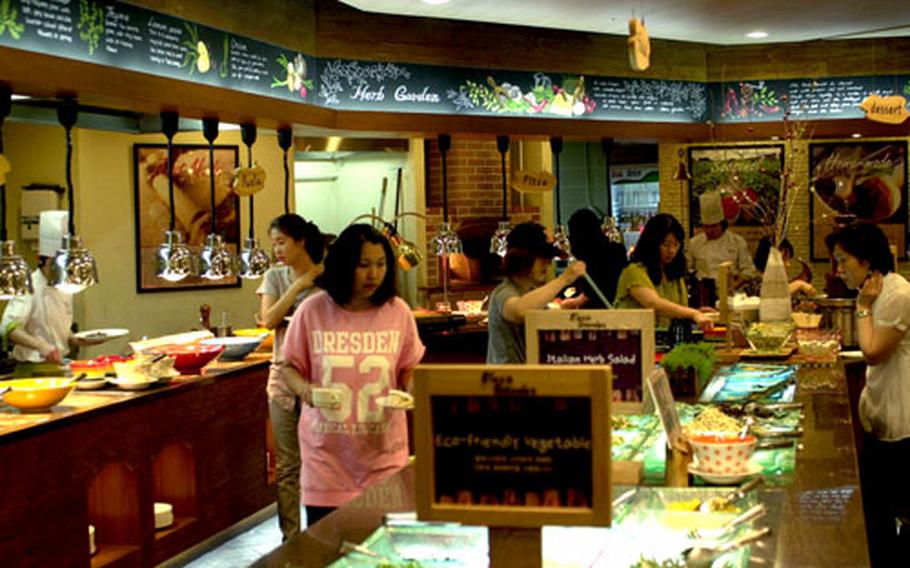 Diners at Elena Garden have a wide variety of food to sample as part of the priced buffet. (Jon Rabiroff / S&S)

Eating to me is little more than something you have to do to continue breathing. I eat virtually anything, and I yearn for no particular kinds of food. I always defer to others in choosing restaurants because, frankly, I don&#8217;t care.

Call my dining companion Ms. Foodie. She is one of those people with an encyclopedic memory of every meal she&#8217;s ever had. She not only remembers what is served where, but which places have the &#8220;good sushi&#8221; and such.

For us to find a place we both like is quite a challenge, which brings me to Home plus.

You don&#8217;t often go to a department store in search of a good meal, but I found one at Elena Garden, a restaurant tucked into a corner of the Wal-Mart-like edifice that boasts of its &#8220;homemade-style Italian cuisine.&#8221;

The offerings were so good and plentiful that I spent a large percentage of my lunch with Ms. Foodie eating alone.

As we took turns at the table keeping an eye on our belongings, she disappeared for 10 minutes at a time negotiating her way through the homemade pastas, fresh-dough pizzas, paella, sushi, tapas, soups, salads and &#8220;eco-friendly&#8221; vegetables. She said she was impressed not only by the selection but the quality of the food.

In fact, the dessert offerings &#8212; baked goods and a chocolate fondue fountain &#8212; almost brought tears to her eyes.

Had she needed a hanky, I&#8217;m sure we could have found one just yards from the restaurant&#8217;s entrance in the women&#8217;s furnishings section of Home plus.

Directions: Easiest way there is by taxi. Just ask the driver to take you to Home plus. It should cost between 4,000 and 5,000 won from the Camp Red Cloud area.