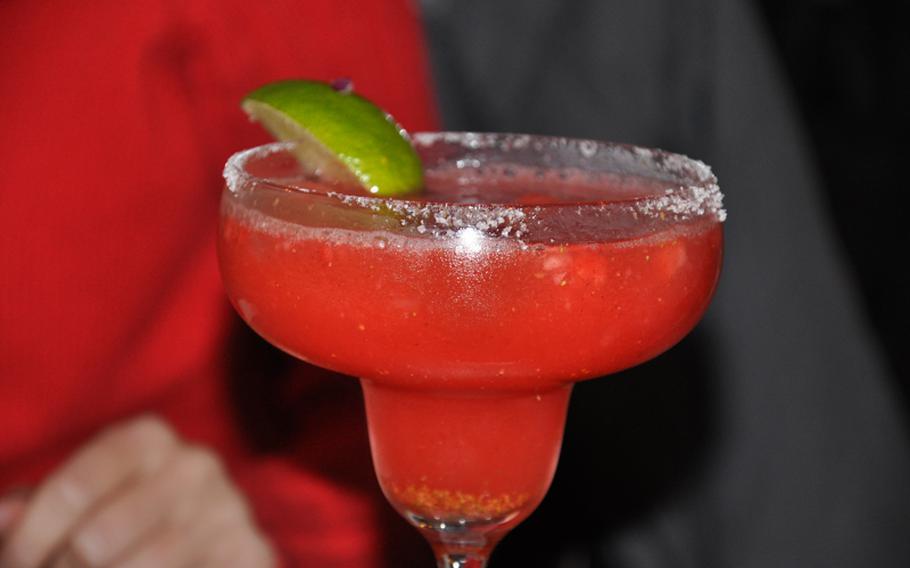 A delicious margarita awaits a customer at El Gabacho's Cantina La Comida in downtown Bamberg, Germany. The margaritas cost 5 to 8.50 euros. You can also buy them by the pitcher. (Dan Blottenberger/Stars and Stripes)

A delicious margarita awaits a customer at El Gabacho's Cantina La Comida in downtown Bamberg, Germany. The margaritas cost 5 to 8.50 euros. You can also buy them by the pitcher. (Dan Blottenberger/Stars and Stripes) 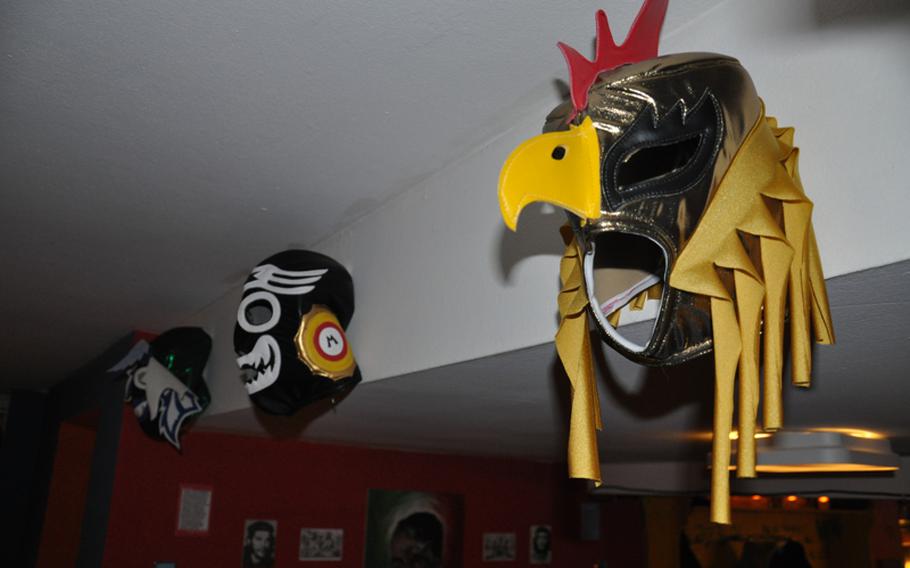 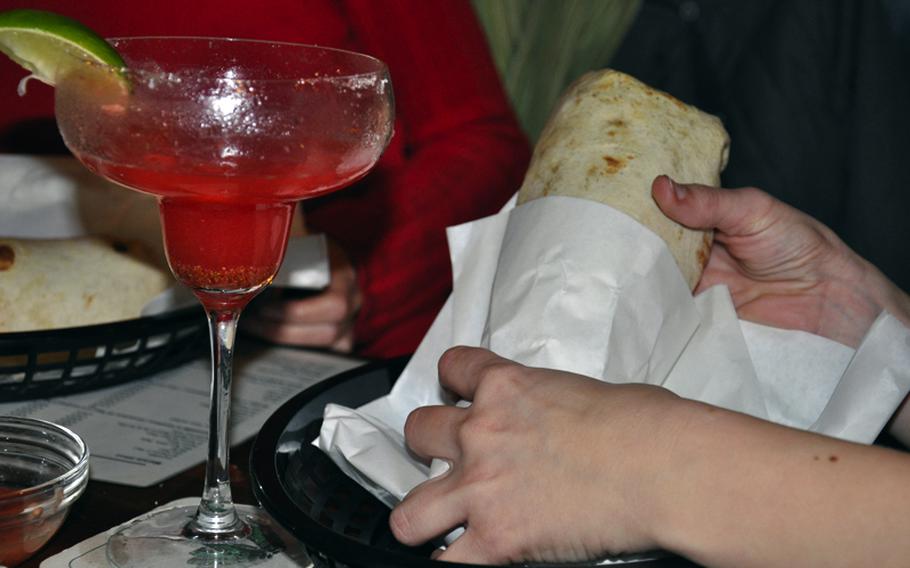 A customer prepares to dig into a giant burrito at El Gabacho's Cantina La Comida. The burritos cost 4.50 to 5.50 euros. At left is one the restaurant's special margaritas. (Dan Blottenberger/Stars and Stripes)

Owner David Stenson, a German-American, spent several years in the Los Angeles area going to school at UCLA where he fell in love with Mexican cuisine.

According to Stenson, the phrase &ldquo;El Gabacho,&rdquo; which translates &mdash; and not always politely &mdash; from Spanish to a &ldquo;white foreigner,&rdquo; is one that he became familiar with during his time spent in L.A. earning a degree in phliosophy. But it did not deter him from combining his love for the food and the love of cooking to open a restaurant in Bamberg to give some of the locals a chance to try the tacos, quesadillas and other Mexican dishes he is so fond of.

Ever since September, when Stenson, whose mother is German and father a former U.S. servicemember, opened his restaurant, Bamberg locals and Americans have been going there to feed their West Coast taste buds.

&ldquo;I like the West Coast-style Mexican food &mdash; and that I can get it in Germany,&rdquo; Doug DeMaio, an L.A. native who works in Bamberg, said after eating at the restaurant for the fourth time. &ldquo;I like the tacos.&rdquo;

The restaurant has a vast salsa selection and some of the best guacamole ever tasted, according to one of the customers enjoying the quesadillas on a recent visit. And the prices are astonishingly cheap. All the food and desserts on the menu are less than 6 euros and served in healthy portions.

Besides what must be imported, the produce is all fresh and local and the meat is always organic to give it the best flavor possible, according to Stenson.

There is also a fully stocked bar with local and imported beers, a variety of wines and more than 20 tequilas and tequila-based cocktails. Customers can also grab a &ldquo;cheap&rdquo; beer for 1 euro and a shot of tequila for 1 euro as long as they buy another drink.

The entire menu is available for takeout, just call 30 minutes prior to pickup. And if eating there, Stenson recommends calling to reserve a table because the restaurant is relatively small.

The restaurant is decorated with Mexican wrestling masks and artwork to match on the walls. The place windows in the front fog up when it gets crowded. And if you think you will forget the place after you leave you are wrong: Your clothes will carry the aroma of the delicious food for days after you leave.

Drinks: The tequila bar serves great margaritas, according to customers. Magaritas are 5 to 8.50 euros and a pitcher costs 25 euros, but you get the amount of six margaritas for the price of five in one pitcher. There are special-occasion beers, like the area&rsquo;s famous Bock beer, that cost 2.50 euros; a glass of wine ranges is 4 to 7 euros, and the types sold vary frequently. Ice tea is 1.50 euros with free refills.

Prices: Almost everything on the menu is less than six euros. A comfortable meal for two adults and a child should cost less than 20 euros.

English menu: No, but all the waiters and waitresses appeared to speak English.