After Hours: 360 Grille on Okinawa 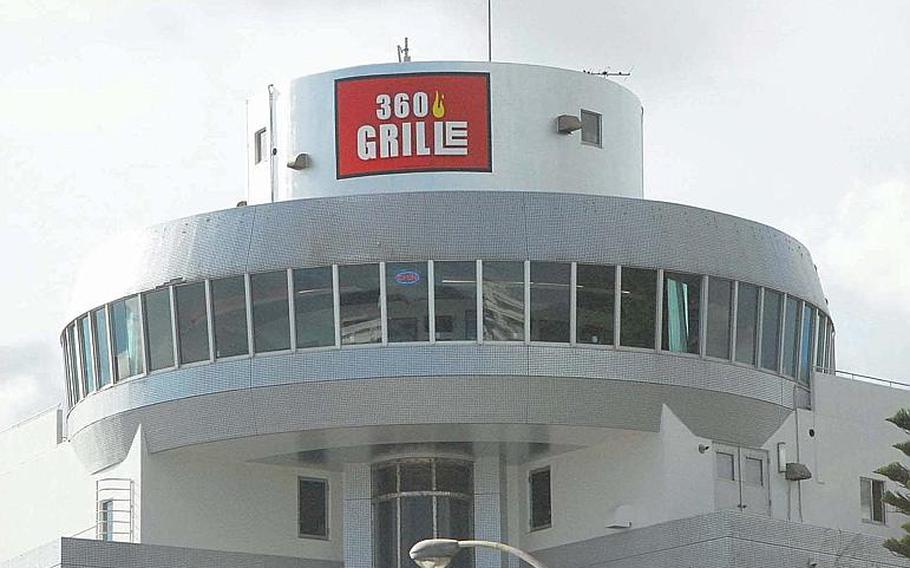 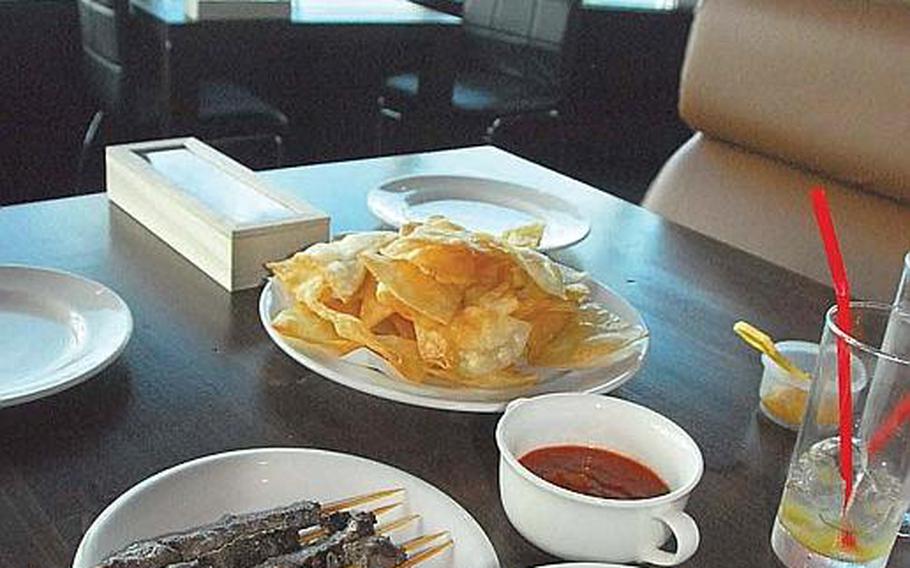 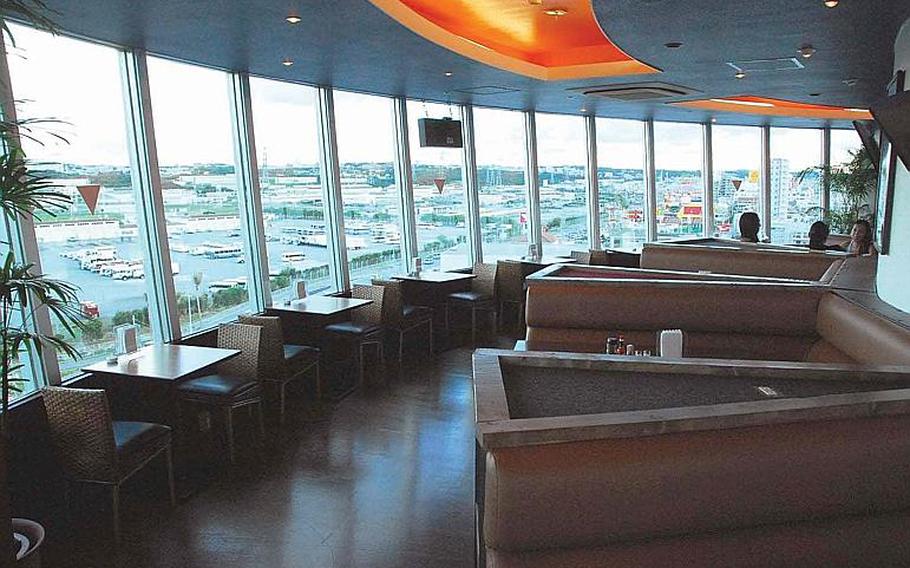 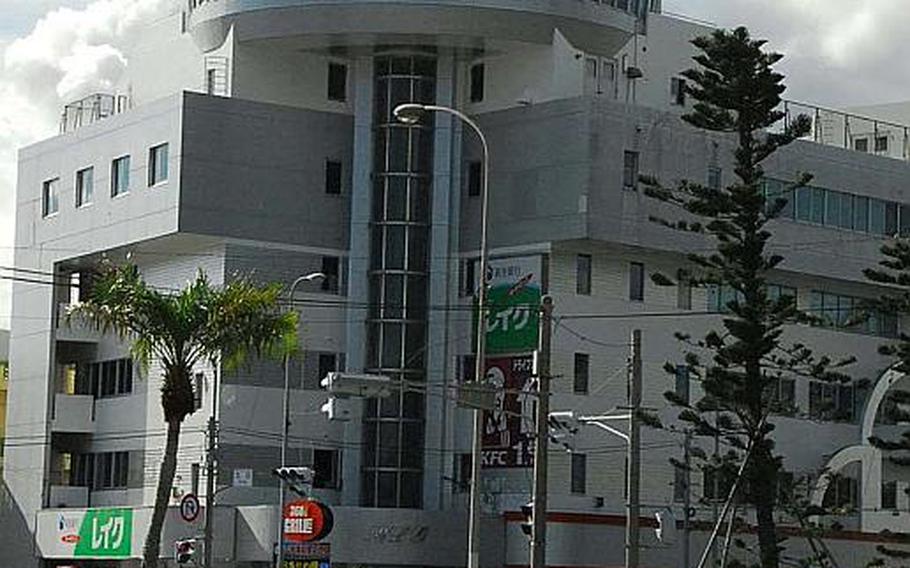 Buy Photo
The 360 Grille outside Camp Foster on Okinawa is housed in one of the area's most distinctive buildings. (Travis J. Tritten/Stars and Stripes) 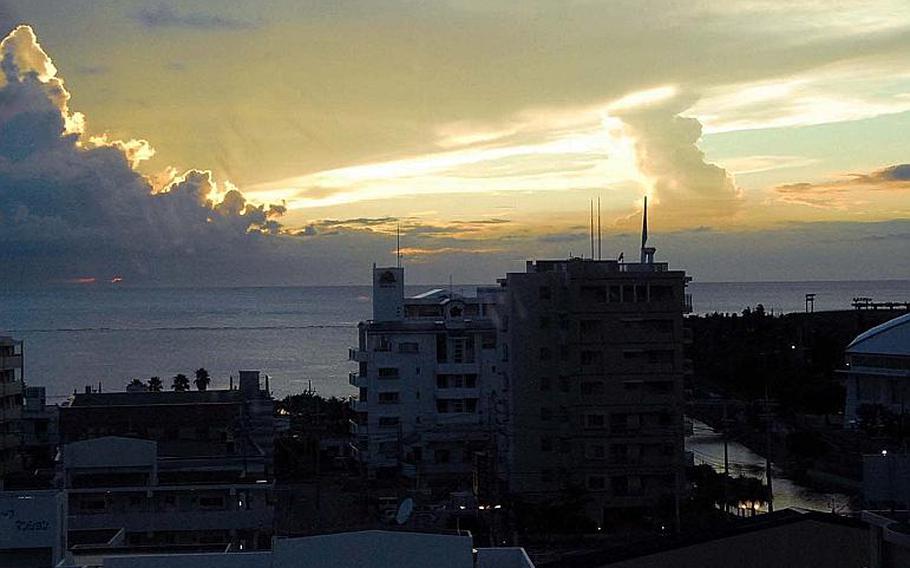 Buy Photo
A beach sunset as viewed from the 360 Grille near Camp Foster on Okinawa. (Travis J. Tritten/Stars and Stripes)

I never went to the Blueberry Cafe. Still, it was difficult to miss when it closed this summer.

The restaurant looked run down and a bit neglected from the outside, but its seventh-floor perch and 360-degree spaceship-like wraparound windows made it one of the most recognizable buildings in the Mihama beach district just west of Camp Foster on Okinawa.

Thousands of servicemembers and civilian employees must have stared up at that dingy tower each day after work as they filed off base and waited along the congested Route 58. So when the cafe sign came down and the windows were papered over, it was easy to write it off as just another commercial structure gone to pot in one of Japan’s poorest prefectures.

But then something interesting began to happen.

Workers and scaffolding appeared and little by little the entire tower building was renovated. Atop the former cafe, a bold new red sign went up: 360 Grille.

The new sushi, seafood, steak and burger restaurant opened at the beginning of September in the old cafe site, offering a fusion cuisine along with the same sweeping views of the ocean and the Mihama beach and shopping district.

With quality dishes, friendly service and a stunning view, the 360 Grille might just become one of the new regular spots for Americans working at nearby Foster, Marine Corps Air Station Futenma and Kadena Air Base.

I called ahead and reserved a table on the ocean side of the grill. The restaurant floor is shaped in a circle with views of both Camp Foster and the island’s western coast, which makes it a perfect vantage point for viewing the sunset.

The diverse menu is certainly more American than Japanese, though it does incorporate dishes such as steamed soy beans, sushi rolls and grilled meat skewers.

From the restaurant’s burger selection, I chose the Double Decker, a two-patty sandwich with traditional toppings of lettuce, onion and tomato. I was happy to find the meat was juicy and full of flavor and the roll was soft and slightly sweet, as if freshly made. Overall, it was a delicious, top-notch burger.

Meanwhile, the 360 Grille has thrown a bit of a curveball with its selection of lamb and exotic meats: kangaroo and crocodile. The kangaroo comes as a burger as well as yakitori-style skewers.

Skewered and grilled kangaroo is lean and very tender. The taste is a bit spicy, possibly to hide a gamey flavor, but it was a simple dish that really worked — too tasty to be just a novelty. I probably would order the kangaroo again or opt for the crocodile skewers.

The sushi appears to be mostly standard West Coast-style rolls, relying on tuna, avocado and mayonnaise. The rolls were reasonably well constructed and well presented, though obviously with more of an American than Japanese flair. Unfortunately, the individual nigiri pieces were less impressive and possibly made with seafood that had been preserved for longer than what is used in other local sushi restaurants.

Surprisingly, my favorite dish might have been the tortilla chips. They come as an appetizer with salsa, which unfortunately does not appear to be freshly made. The fried chips are crunchy yet delicate, almost like a dessert crust — addictive.

The restaurant is still ironing out some of the kinks after being open only a short time. Its nighttime schedule was still fluid and the staff was undergoing training.

But the 360 Grille and its scenic dining have a lot of potential. The prices are reasonable by Japanese dining standards, and the location is convenient. I would rate it as a must-try for anyone living in the area.

I’ll likely be going back for the weekend American-style breakfast buffet, which — if done right — could become the restaurant’s biggest hit.

Prices: From around $5 for appetizers to $25 for entrees.

Reservations: Seating with an ocean view is limited, so call ahead if you want to reserve a good view.