Adjusting on the Fly 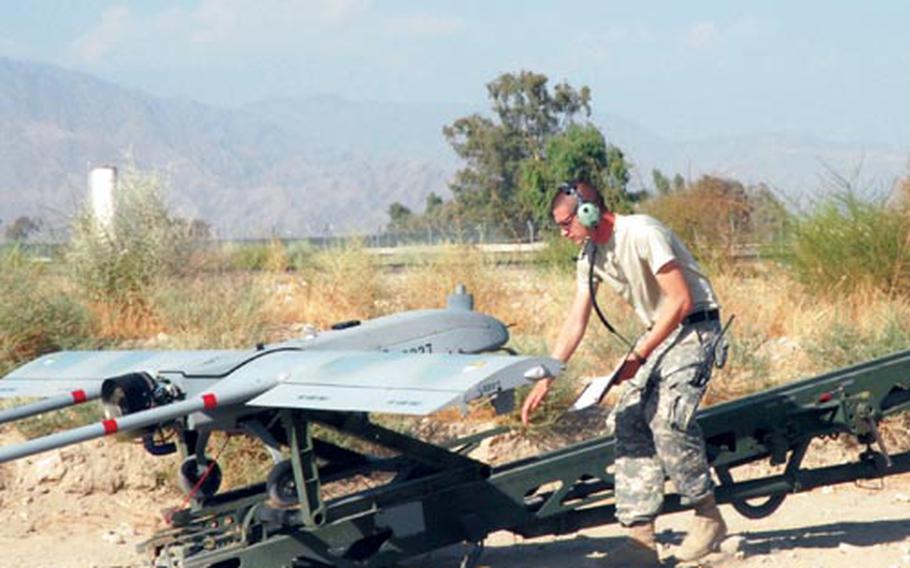 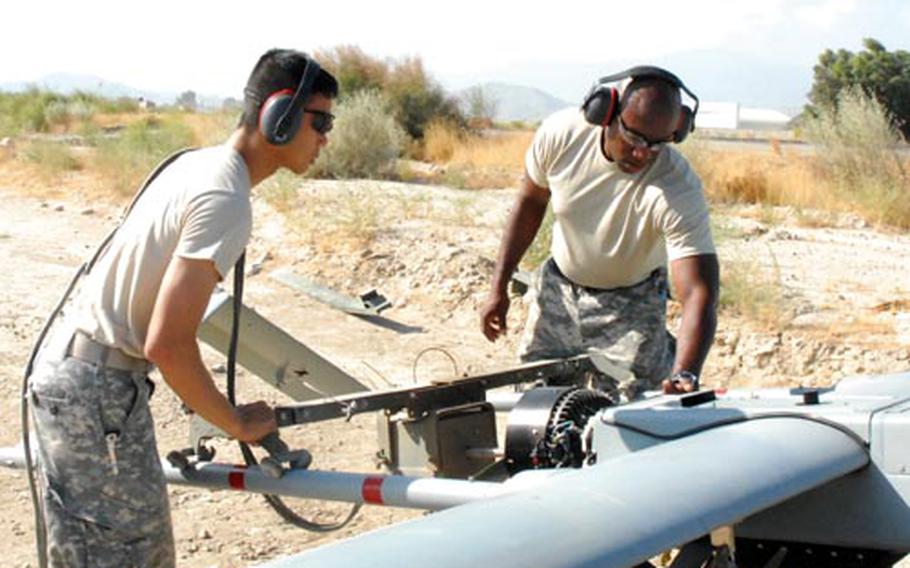 For Lt. Col. Jeffrey Milhorn and his Brigade Special Troops Battalion (Airborne), the deployment came less than a year after activating in June 2006.

Though the STB deployed with four companies, the 425 paratroops represented more than 60 Army jobs.

Working mainly out of Nangahar province, Task Force Raptor covered 7,700 square kilometers of battle space, including a 220-kilometer stretch of Pakistani border and was augmented by 2,500 Afghan security forces members in various capacities.

Attached with Milhorn&#8217;s STB soldiers were Troop C, 1st Squadron, 91st Cavalry Regiment, and Batteries A and B from 4th Battalion, 319th Field Artillery, as well as a company of military policemen from Fort Lewis, Wash., bringing a total of more than 800 men and women into the fight.

Raptor worked mainly in and around the largest city in the region, Jalalabad, which has a population of more than 650,000. Based in six forward operating bases, the task force worked in and around more than 1.8 million Afghans throughout 22 districts.

While the STB&#8217;s military intelligence and signal assets spent most of the tour performing their "real jobs," many of the soldiers in Raptor wore multiple hats.

"This organization was not designed from a field manual standard to maneuver as we did," Milhorn said, stating that when he met with the brigade commander, Col. Charles Preysler, long before the deployment started, neither was truly sure what would be the best way to use the STB&#8217;s assets.

Eventually it was decided that the best way to focus their capabilities was to make sure all the troops were proficient in their regular duties as well as trained in standard infantry tactics.

More than $21.5 million in reconstruction projects were overseen by Raptor troops, including the Joint Provincial Coordination Center in Jalalabad. When Afghan President Hamed Karzai visited, he called it the model emergency response center in the country.

Unlike their airborne infantry and cavalry counterparts to the north, Raptor&#8217;s area had an extensive road network &#8211; some troops logging nearly 1,000 Humvee miles every month, bringing a very real improvised bomb threat.

That threat ended up claiming the lives of three STB soldiers, while nearly 20 more were wounded throughout the campaign from various dangers.

Raptor soldiers were nominated for numerous valorous awards, including one Distinguished Service Cross, Milhorn said, adding that most of those recommendations came from commanders outside the task force&#8217;s area.

No unit throughout the 173rd was as spread out as the "King of the Herd."

Working mainly with giant 155 mm cannons &#8212; a gun size not indigenous to the unit &#8212; the 500 Task Force King artillerymen rained more than 15,000 rounds onto the enemy during 2,500 fire missions throughout the deployment.

Retraining on bigger weapons was not the only training done by the King troops, as they had originally planned to head to Iraq and fill infantry roles.

When word came in spring 2007 that the 173rd was instead heading to Afghanistan, and the mission was drastically changing, perhaps no unit was more excited than 4-319.

"To tell an artilleryman that he gets to do the job that he&#8217;s trained to do &#8230; that was just the best news we could give them," said the battalion commander, Lt. Col. Stephen J. Maranian, adding that it&#8217;s become somewhat difficult during the present conflicts for artillery units to deploy and do their trained specialty.

Still, portions of King&#8217;s Alpha and Headquarters Batteries ran close to 200 combat missions throughout their 15 months.

"[We had] lethal and devastating effects on the enemy," Maranian said of his men. "Our accuracy was phenomenal, and a credit to continued training while deployed. Our &#8230; shooting saved countless lives in the brigade, there&#8217;s no doubt in my mind."

Calling his men quiet professionals and consummate team players, Maranian said there&#8217;s never been much chest-thumping in his unit. The soldiers&#8217; "go-to-war-and-get-the-job-done" attitude allowed them to juggle their thousands of missions as well as more than 20 reconstruction projects.

King also started what Preysler referred to as "Fort Sill East," a training camp for Afghan artillerymen in Kalagush, where Task Force King was headquartered. Maranian and his men saw their Afghan counterparts fire their first indirect-fire mission and do it within acceptable U.S. standards for accuracy.

Though one soldier was killed and two wounded, belonging to an attached unit from Fort Gordon, Ga., no member of the 4-319 was injured. Maranian recalled meeting with a chaplain prior to the deployment, saying that if all his men and women made it home safely, he&#8217;d sleep peacefully for the rest of his life.

For the final Bamberg-headquartered battalion, the recent tour supporting Operation Enduring Freedom was a definite success.

Suffering no deaths and minimal casualties, the 957 members of the 173rd&#8217;s Brigade Support Battalion kept every "Sky Soldier" fed, armed and fueled, never once having to provide an emergency resupply, said the battalion commander, Lt. Col. James R. Ryan.

One BSB company, Fusion, which provided support to 2nd Battalion, 503rd Infantry, came under direct contact more times than any other company-size element, save one, in the entire brigade, Ryan said.

Spread throughout the entire region, Task Force Repel &#8211; named after the 173rd&#8217;s Vietnam-era support battalion &#8211; provided maintenance, transportation, supply and medical care for the brigade, as well as manning base operations for the brigade&#8217;s headquarters, FOB Fenty, outside Jalalabad.

While downrange, BSB troops moved more than 13 million liters of water, 4 million meals, 10 million gallons of fuel, 40,000 mortar and 25,000 artillery rounds and 2 million pounds of mail, running more than 580 convoys to do so.

In addition, eight of the bases Repel supported were air-only, meaning all supplies had to be flown in.

"Our achievements, the quantity of supplies we moved, were probably some of the largest in the Army as far as a BSB," Ryan said. "If you can do logistical support in the terrain in Afghanistan, everything else is easy," he said.

The BSB left for Afghanistan eight months after standing up. Ryan and roughly 80 others moved up from Vicenza, Italy, in late 2006, in time to train for deployment while watching their unit numbers increase.

Because of their Afghanistan-based mission, every BSB paratrooper was trained with rifleman skills, much like their STB brothers- and sisters-in-arms, "&#8230; not a typical thing for a logistics soldier to do," Ryan said.

Confident in his soldiers&#8217; abilities, Ryan said that when VIPs would visit outlying bases and ask the troops there if they needed anything, the answer would always be no.

"The commander never had to worry about logistics," Ryan said. "He could always focus on the fight."