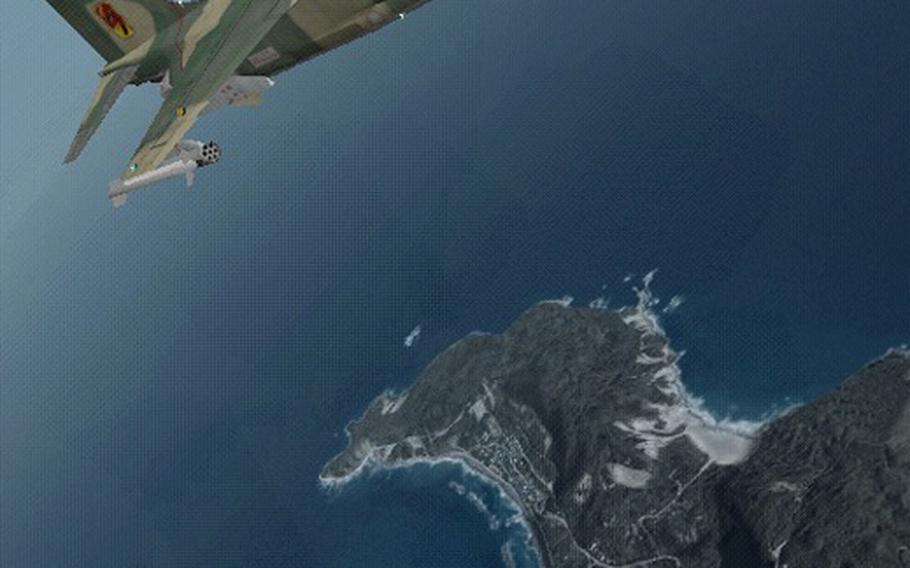 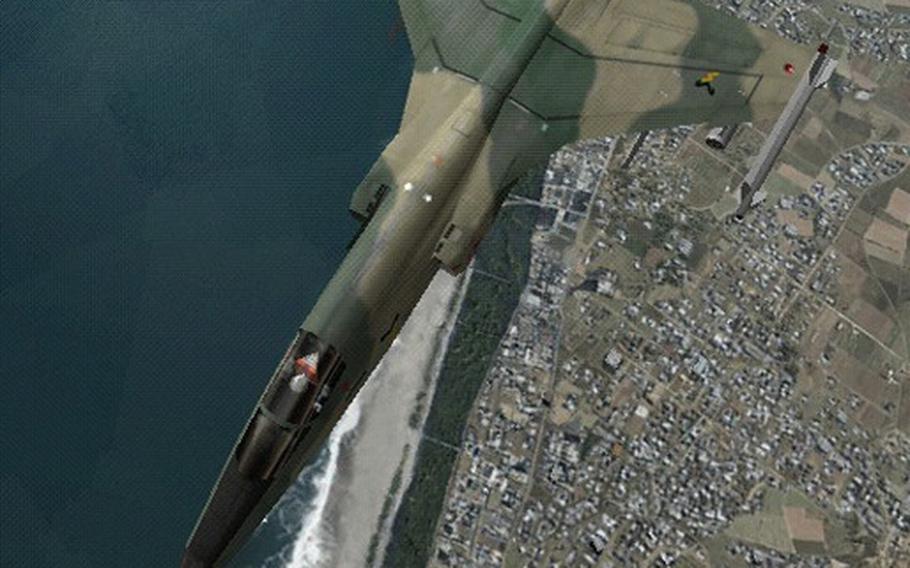 You can zoom over the landscape in 40 different aircraft in 'Ace Combat Joint Assault' for the PlayStation Portable. (Games Press) 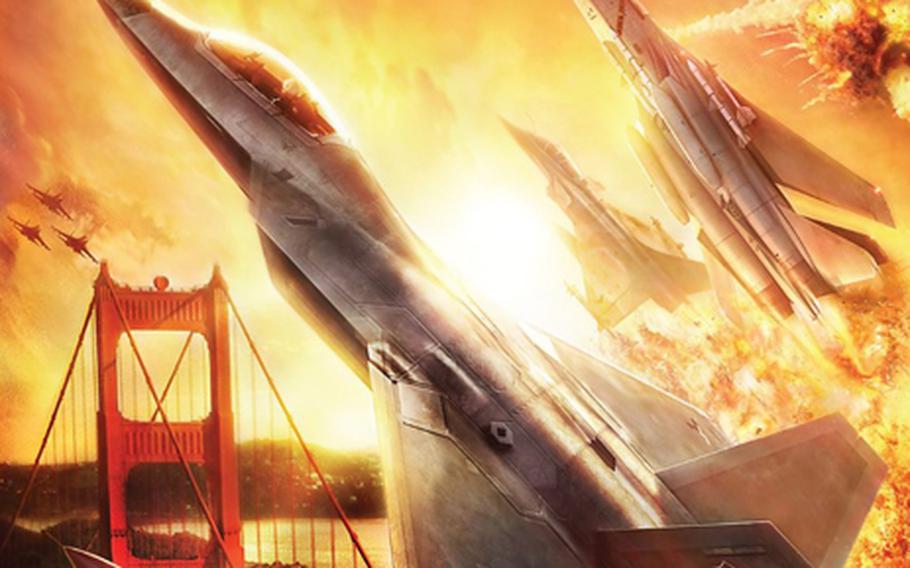 For years, flight-action enthusiasts have been strapped into their imaginary cockpits as they engage in epic aerial dogfights in one of the many “Ace Combat” titles.

Namco Bandai Games once again hands over control of these simulated, multi-million-dollar hunks of flying death and metal to the average gamer in “Ace Combat Joint Assault,” a T-rated game for the PlayStation Portable.

I began the game flying a F-4E Phantom II jet — the initial default aircraft I was assigned. After only the second mission, it struck me how incredibly detailed the backgrounds and settings of this game were. Living in Tokyo and being somewhat familiar with the area, it was quite a treat to find myself engaged in an aerial battle over the city. Trying to take down enemy jets while also trying to avoid a collision with Tokyo Tower was particularly amusing. And the level of detail in the setting really impressed me. In addition to battling over Tokyo, gamers will also find themselves in the thick of it over London, Egypt, Midway Island and San Francisco.

The game’s premise places the player as a pilot for a private firm working in conjunction with military pilots around the world to fend off the threat posed by the fictitious terrorist group Valahia. Although the story is a bit contrived, it shouldn’t affect this game much since most people don’t play these kinds of games for the story.

“Ace Combat Joint Assault” offers the player control over 40 combat aircraft that are unlocked and available after completion of various missions. The game offers a single-player campaign mode, a co-operative campaign mode, which allows up to by four players to play as a team, and a competitive multi-player mode that allows up to eight player to participate.

My initial impressions of the game were pretty positive. The game looks great. Everything from the aircraft, textures and background of the game looked great. The game also offers high-quality cut scenes. Fans of the series might also enjoy the new enhanced combat view system, which zooms in on the enemy for better viewing.

But not everything was to my liking.

The sound throughout is fine, but some of the dialogue made me grimace more than once.

The controls were awkward at times. “Ace Combat Joint Assault” is limited to a regular PSP controller and some of the controls on the game were a little stiff, even for a game on the PSP.

Also frustrating is the fact the game offers very little replay value, as many of the missions and battles repeat themselves. In the end, what really would have helped this game is to make each mission and boss a little more distinctive. There are only so many times I can take battling the same giant flying fortress before monotony sets in.

The game is worth a try but, be warned, those seeking more after the initial few hours might be a little disappointed.