Abeno in London prepares Japanese pancakes at your table 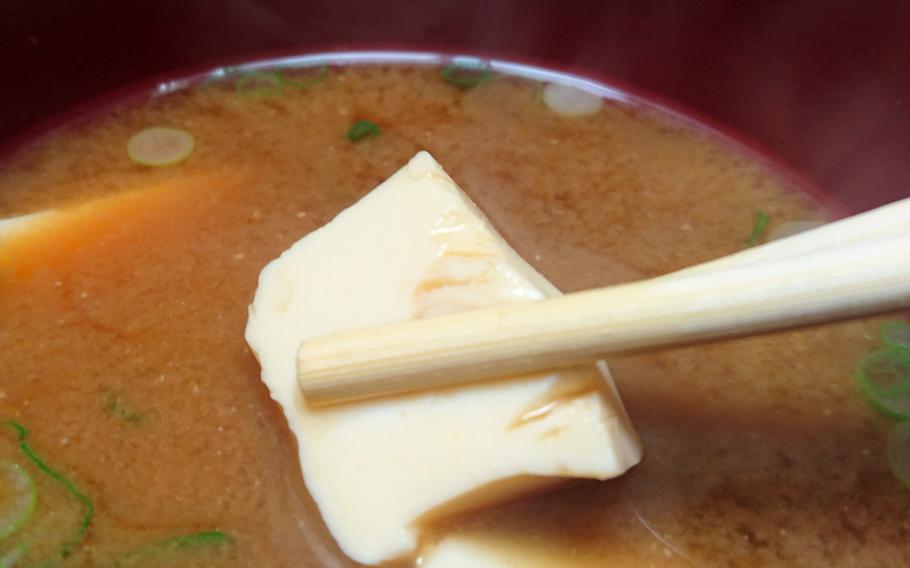 A soft piece of tofu from a slightly steaming bowl of miso soup at the restaurant Abeno in London, England. The soup was included with my okonomi-yaki lunch order. (William Howard/Stars and Stripes)

A soft piece of tofu from a slightly steaming bowl of miso soup at the restaurant Abeno in London, England. The soup was included with my okonomi-yaki lunch order. (William Howard/Stars and Stripes) 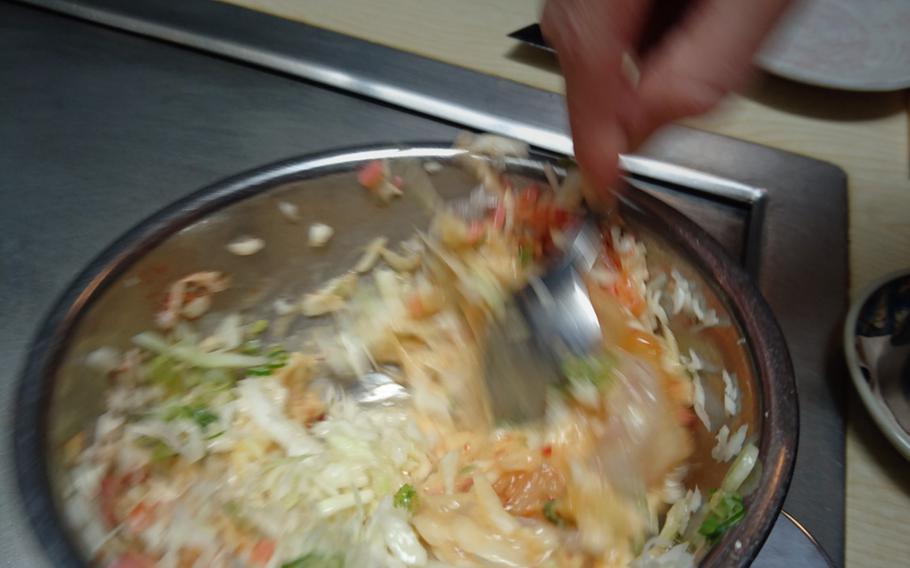 A server at the restaurant Abeno in London, England, mixes prawn and Kimchi with a base of cabbage, egg and dough with spring onions, pickled ginger and morsels of tempura batter. Abeno offers regionally themed okonomi-yaki mixes from the menu. (William Howard/Stars and Stripes) 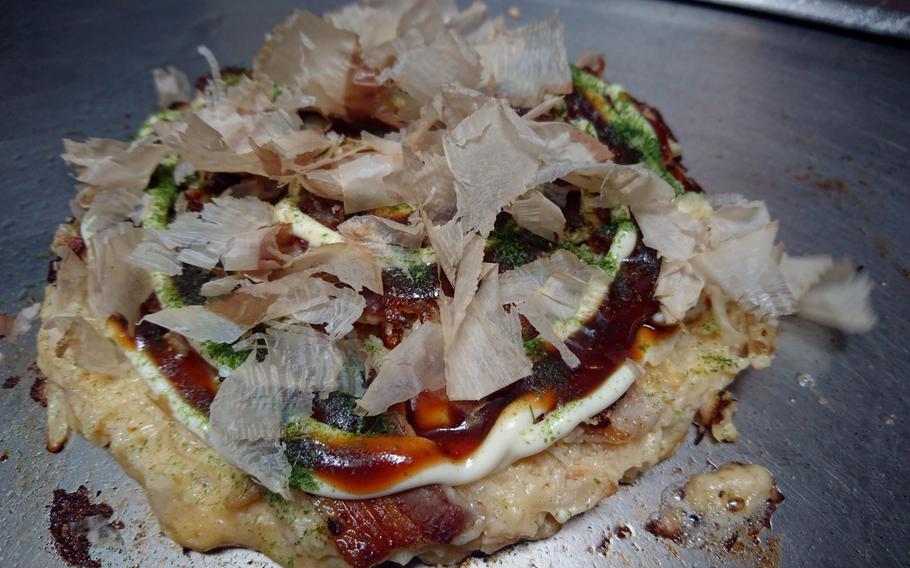 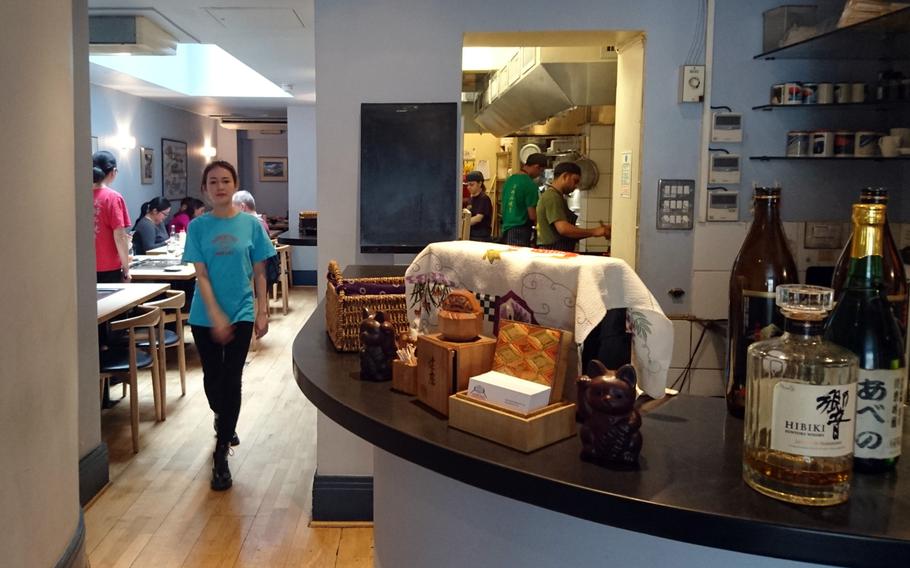 The inside of the restaurant Abeno in London. Okonomi-yakis (Japanese pancakes) are prepared on a heated surface at each table. (William Howard/Stars and Stripes)

Abeno in London prepares Japanese pancakes at your table

I enjoyed my very first Japanese pancake after a long afternoon of London museum-going at Abeno, a rare European okonomiyaki restaurant.

Versions of okonomiyaki exist throughout Japan, from Hiroshima’s layer of noodles underneath the batter to Tokyo’s runnier variant. Abeno’s savory pancakes hail from Osaka and the Kansai region, an area known among Japanese for great grilled food.

The ingredients vary as much as a Louisiana gumbo or a grandmother’s vegetable soup. The meats, cheeses and vegetables thrown into the mix are generally up to the customer.

Okonomiyaki enlightenment began when my themed mix arrived to the heated cooking table in front of me.

I ordered the Osaka mix from the menu: pork, prawns and kimchi complemented a base of cabbage, egg and dough. Spring onions, pickled ginger and morsels of tempura batter accented it all.

A server mixed my order and neatly poured it onto the hot tabletop surface. He shaped the mix into a pancake as it cooked, completing the final stages of my enlightenment by flipping and decorating the okonomiyaki with a selection of recommendations.

A brown sauce and Japanese-style mayonnaise contributed to the pancake’s savory appeal while adding sweetness. Dried, thin bonito flakes appeared to dance as the steam rose from the pancake.

The whole process — from cooking on the table in front of me to slicing the okonomiyaki into wedges for consumption — was unlike any Japanese meal I’ve ever enjoyed.

Refueled by my first Japanese pancake, I energetically left Abeno to again brave the crowds at the nearby British Museum.

Abeno, which opened in 1993, has locations in London’s Bloomsbury and Covent Garden neighborhoods.

Abeno Location: 47 Museum Street, London. The restaurant is a block away from the entrance to the British Museum nearest to the London Underground Holborn station.