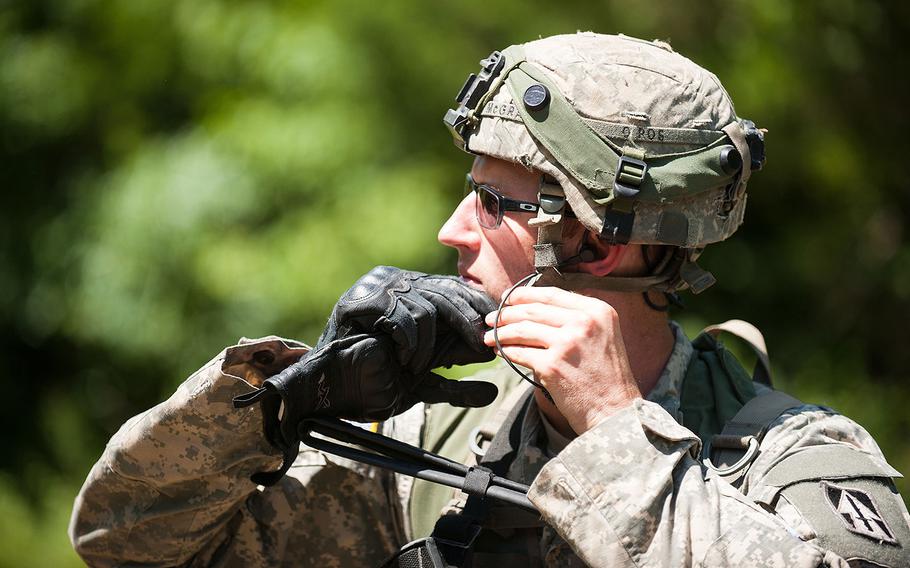 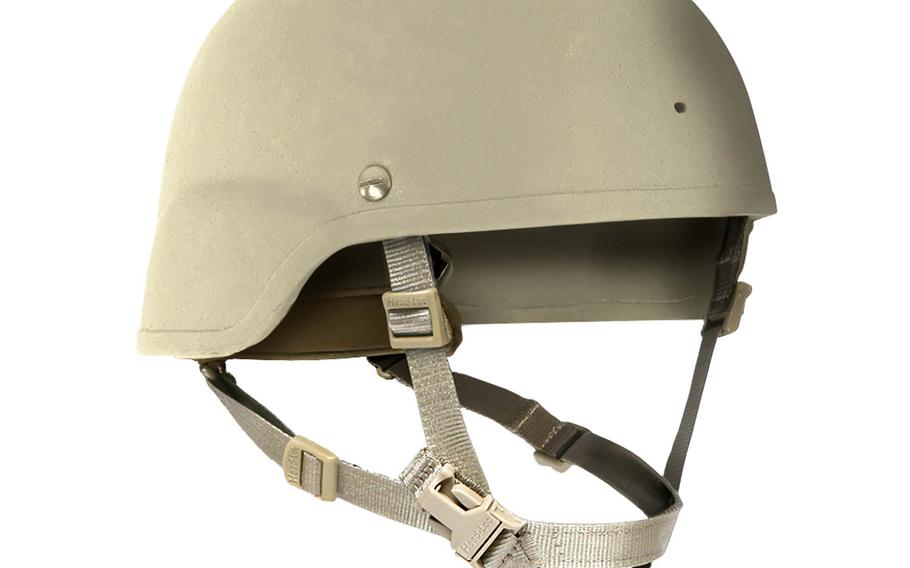 Soldiers coordinate an assault on a house suspected of hiding insurgents outside the village of Samood, in Diyala province, Iraq, on March 3, 2009. (Walter Pels/U.S. Department of Defense)

SAN ANTONIO — There are two timeless complaints soldiers make: what they eat, and the weight they carry.

A Vermont company is set to help with one of those after being awarded a maximum $98 million contract to produce the Advanced Combat Helmet Generation II, 24 percent lighter than the current model, according to Revision Military, the manufacturer.

The contract allows for about 290,000 helmets to be produced by March 2022, Eric Hounchell, the vice president of armor at Revision Military, said Wednesday.

That order would go a long way to outfit more than half of the Army’s current end strength of 467,000 soldiers, according to a January count by the Pentagon.

“Our understanding is that this is [the Army’s] next helmet,” Hounchell said.

The Army asked to maintain the geometry and protection of the current Advanced Combat Helmet but needed a reduction in weight, Hounchell said. The new helmet is 2.45 pounds, down from the current model that weighs 3.23 pounds.

The helmet is just as strong as the previous model but uses Ultra-High-Molecular-Weight Polyethylene in its construction, a lighter material than synthetic fiber used in what is commonly referred to as Kevlar, Hounchell said.

“There is a constant effort to get weight off the soldier as the Army adds other things,” he said.

The ACH is the ubiquitous helmet pressed into service by the Army and other services in the early years of wars in Iraq and Afghanistan. For years, troops demanded a lighter helmet with more adaptability for items like night-vision google mounts and infrared strobes used to signal friendly forces.

The Personnel Armor System for Ground Troops, a helmet as clunky as its name, was not made with night-vision google mounts in mind when it was fielded in the 1980s and issued through the early 2000s. Troops adapted a mount with a strap fitted across the top and a buckle at the crest of the helmet, which could unfasten easily by bumping into a vehicle or loosely carrying the helmet.

Derisively called the K-Pot by troops for its resemblance to World War I-era German helmets, it is dome-shaped and covers the upper neck and ears, making it difficult to wear noise-cancelling radio headphones or other accessories.

Special Forces soldiers wore nonstandard gear like skateboard helmets out of frustration with the heavy and static design during that helmet’s heyday, according to Mark Bowden’s “Black Hawk Down,” which chronicled the deadly Delta Force and Army Ranger raid in Mogadishu, Somalia, in October 1993.

One can determine the approximate year a photo in Afghanistan or Iraq was taken by examining the helmet. During the invasion of both countries in 2001 and 2003, respectively, most photos show troops wearing the Personnel Armor System helmet. By 2004, most soldiers and Marines, who adopted a similar design, were issued an Advanced Combat Helmet.

With a lighter and stronger design, it was developed with a hole in the front for a night-vision mount. The raised profile of the helmet led to a spike in neck injuries in combat, however, amid growing concerns that the shape traded protection for comfort and reduced weight, according to a 2004 report in the Wall Street Journal.

The new model, like its predecessor, is rated to stop various sizes of fragments and 9mm handgun rounds while retaining Army standards to protect against hard impacts that can lead to traumatic brain injury, Hounchell said.

The demand for equipment to be lighter will always be a priority, he said.

“If you can take weight off that part of the body, you’re going to make the soldier more comfortable and more effective,” he said.