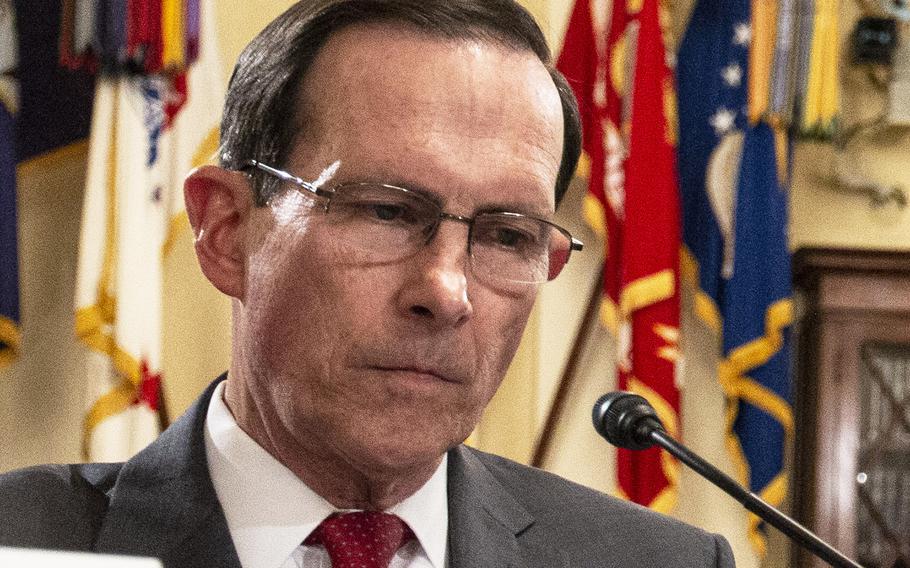 WASHINGTON – The Department of Veterans Affairs official leading implementation of a major expansion to veterans’ education benefits will be reassigned to a regional office in Texas, the agency confirmed Thursday.

The move comes amid problems with the GI Bill that have gained national attention.

Last year, Congress approved an expansion of the GI Bill and gave the VA until Aug. 1 to establish its 34 new provisions. Worley helped lead the implementation of 28 of those measures so far.

Problems arose when the VA went to implement one change to how veterans’ housing allowances are calculated. When the VA went to alter its information technology systems to account for the change, the systems failed.

The IT failures have led to incorrect and delayed housing stipends for thousands of student veterans this semester. Worley was called Thursday to testify before a House subcommittee about the issue.

Despite that, VA Press Secretary Curt Cashour said Worley “chose to take this opportunity to lead in a challenging capacity after his years of service at VA central office.”

Worley has held his current position since 2012.