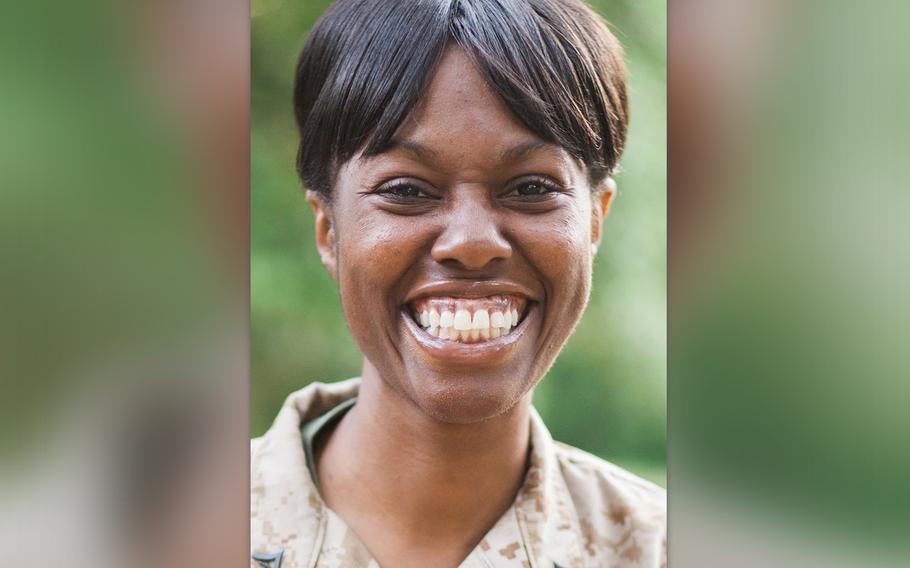 WASHINGTON — It was a military discipline case about a Marine who, while in conflict with her bosses, defied orders to take down a combative quote she’d posted on signs around her desk. But that quote was a biblical passage, and the case over whether her punishment was a violation of her religious freedoms has made its way to the Supreme Court.

In a 4-1 ruling in August, the U.S. Court of Appeals for the Armed Forces rejected arguments that Sterling’s religious freedoms had been violated by her superior at Camp Lejeune in North Carolina. But First Liberty says the lower courts narrowed the interpretation of the Religious Freedom Restoration Act, or RFRA -- a 1993 statute that protects people from government infringement on their right to freely practice their religion – in their decision, leaving religious freedoms in the military unprotected.

The Court of Appeals for the Armed Forces “set a terrible and shameful precedent with its opinion, jeopardizing the religious rights of every single man and woman in military service,” Kelly Shackelford, president and CEO of First Liberty Institute, said in a statement. “We are asking the Supreme Court to hear this historic case and protect the constitutional rights of all of our service members.”

At question is what government action must be proven to constitute a violation of the Religious Freedom Restoration Act. First Liberty says that while a majority of federal courts have ruled it’s enough to demonstrate that the government placed “a direct restraint on religious exercise,” the Court of Appeals for the Armed Forces sided with minority opinions that RFRA requires proof that a believer was forced to choose between a government benefit and an act of religious faith – “when the government places a believer between the proverbial rock and a hard place,” according to the petition.

In the appeals court decision, the judges found this was not a case where the practice was patently religious or the order to remove the signs was done in defiance of religion.

Instead, it determined that Sterling’s signs, which bore the message, “No weapon formed against me shall prosper,” in the context of her contentious relationship with her military superiors, “could undermine good order and discipline.”

First Liberty argues that in situations like prison or the military, where the government has direct control, the question of religious freedom becomes even more sensitive.

“Our service members give up many freedoms to serve, but religious freedom is never one of them,” said Mike Berry, senior counsel and director of military affairs for First Liberty Institute. “Their right to free religious expression should be protected. We’re asking the Supreme Court to uphold that right.”

The court will decide whether the case merits its consideration.