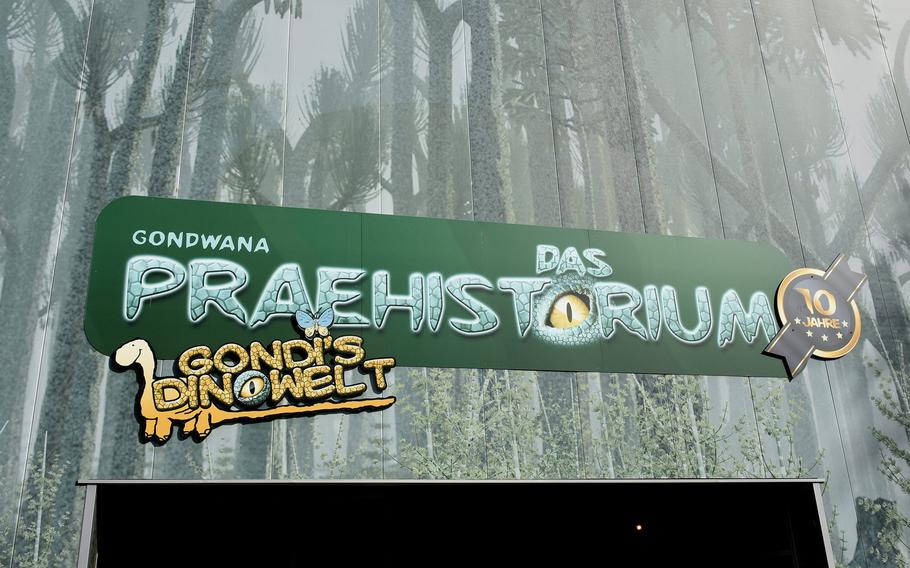 Gondwana - Das Praehistorium is an interactive museum themed around dinosaurs but also includes exhibits and shows about the origin of the universe and the history of life on Earth. The museum is about a 45-minute drive from Kaiserslautern, Germany. (Jennifer H. Svan/Stars and Stripes)

Gondwana - Das Praehistorium is an interactive museum themed around dinosaurs but also includes exhibits and shows about the origin of the universe and the history of life on Earth. The museum is about a 45-minute drive from Kaiserslautern, Germany. (Jennifer H. Svan/Stars and Stripes) 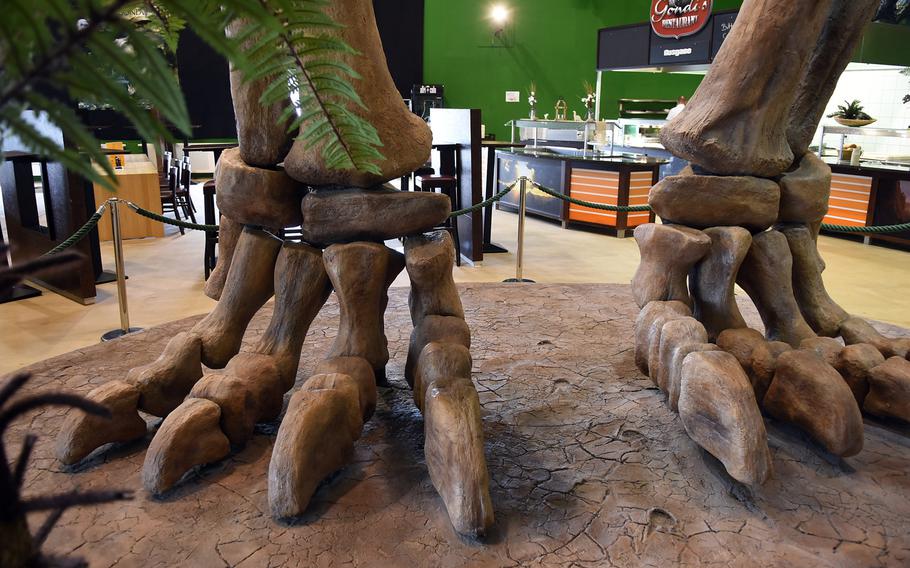 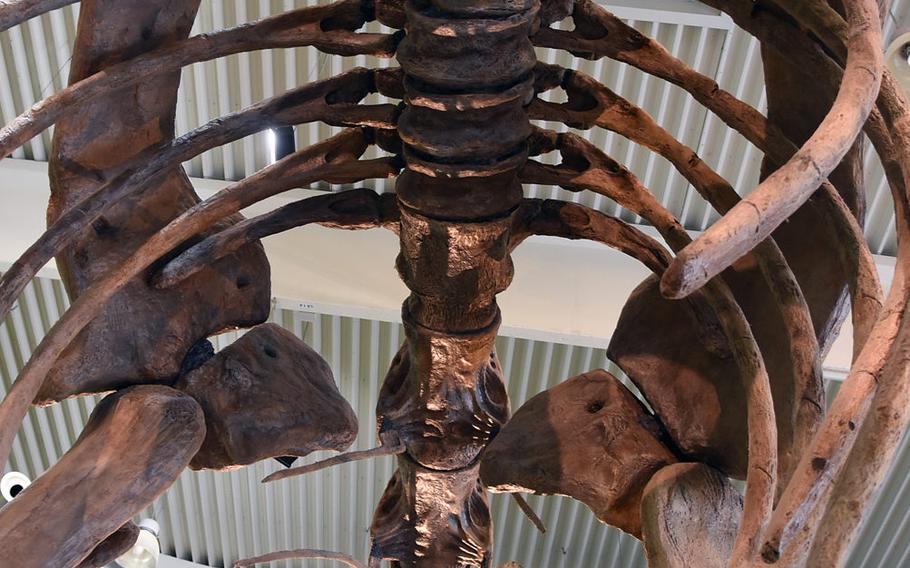 Children can gaze up at a cavernous dino rib cage inside Gondwana - Das Praehistorium, an interactive dinosaur museum near Kaiserslautern, Germany. (Jennifer H. Svan/Stars and Stripes) 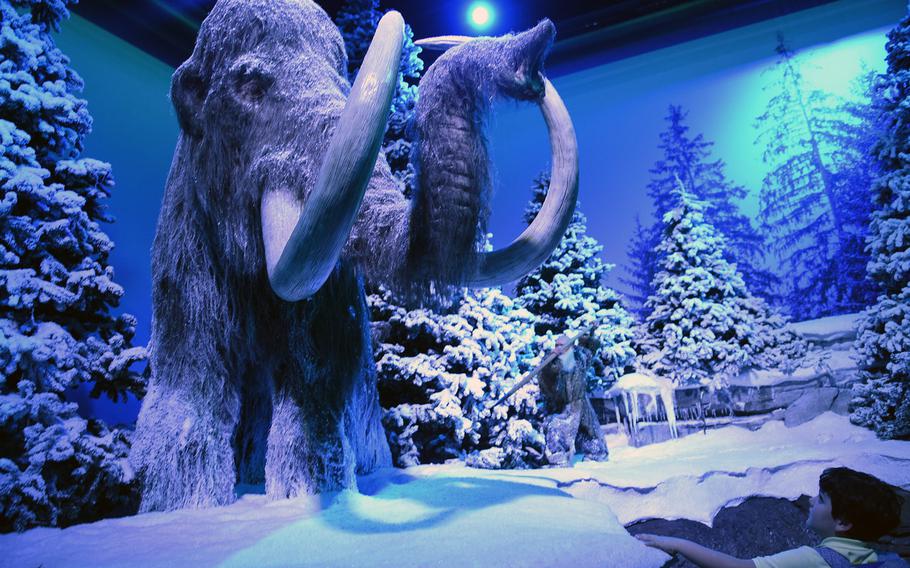 An exhibit at Gondwana - Das Praehistorium, an interactive museum near Kaiserslautern, Germany, depicts life during the Ice Age. (Jennifer H. Svan/Stars and Stripes) 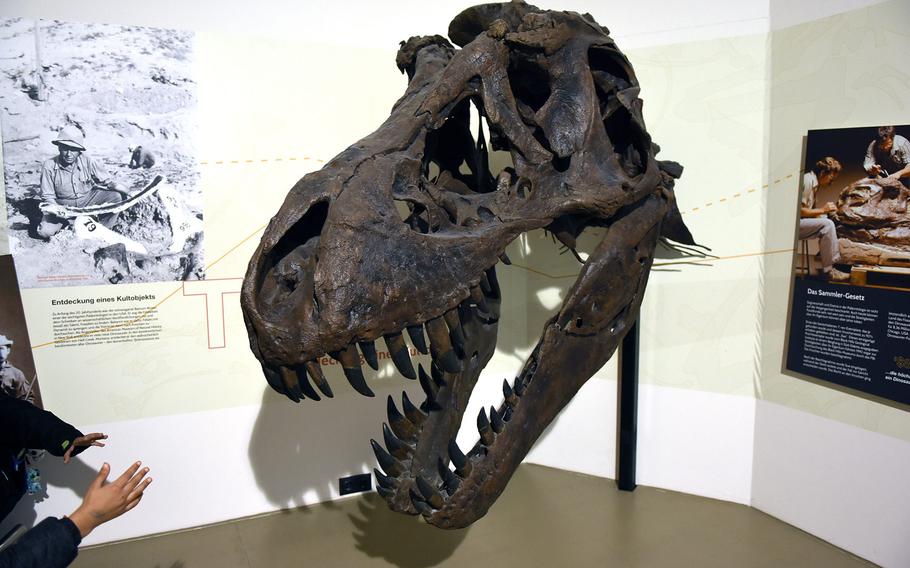 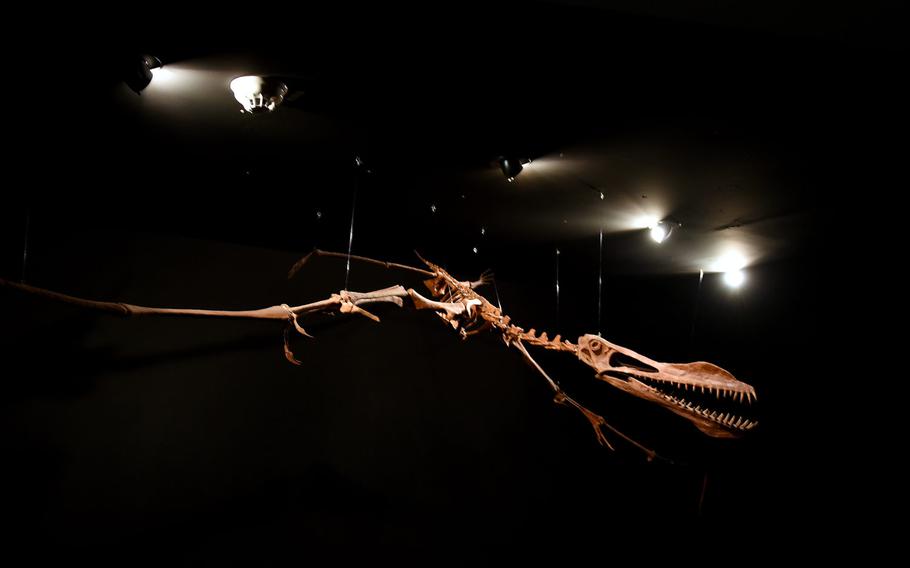 The bones of a pterosaur appear to take flight at Gondwana - Dae Praehistorium, an interactive museum with a prehistoric theme near Kaiserslautern, Germany. (Jennifer H. Svan/Stars and Stripes) 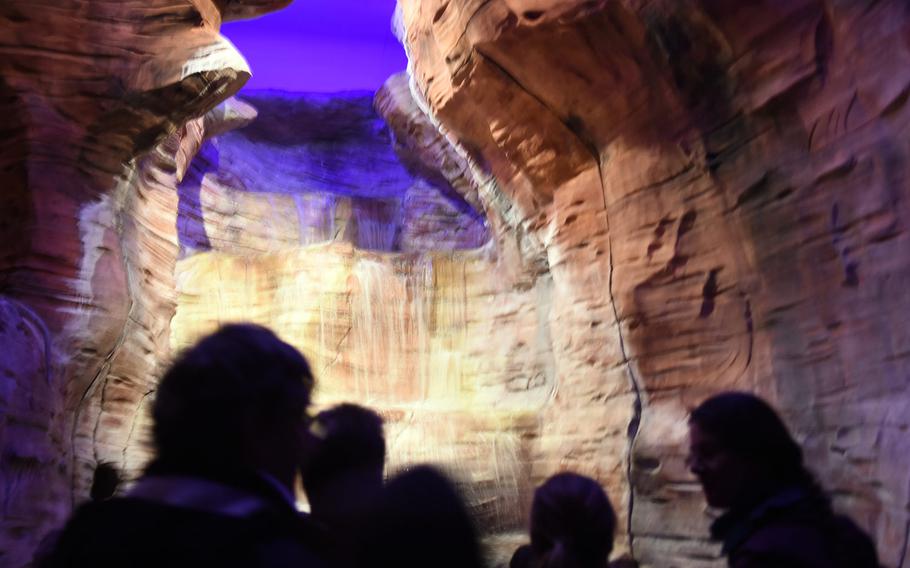 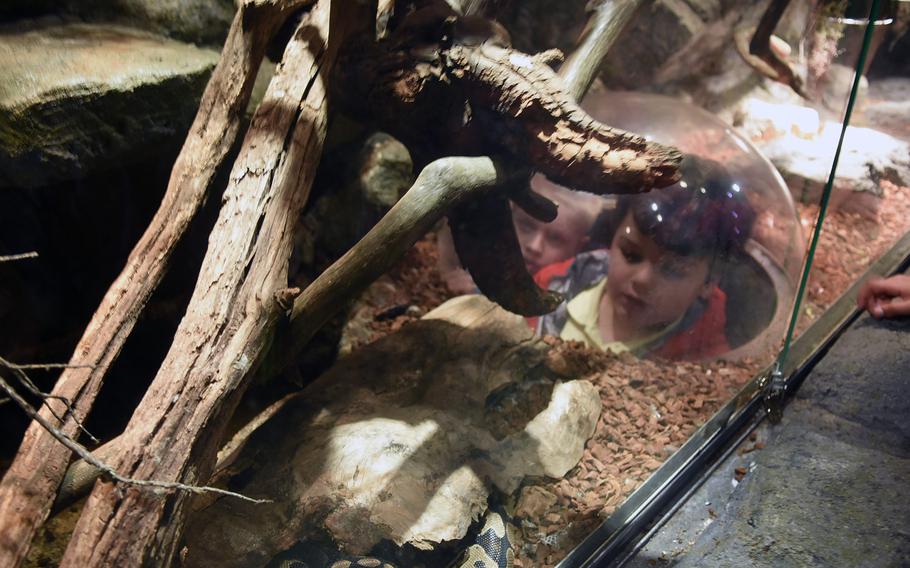 A large terrarium provides a close-up view from below of live reptiles at Gondwana - Das Praehistorium near Kaiserslautern, Germany. (Jennifer H. Svan/Stars and Stripes)

LANDSWEILER-REDE, Germany — When you visit Gondwana - Das Praehistorium, you’re in for a few surprises.

I won’t describe those in too much detail, so as not to spoil the surprises for first-time visitors. But suffice it to say, they involve water, a life-size dinosaur and feeling like Captain Ahab in Moby Dick.

Those and other interactive features are what make Gondwana - Das Praehistorium — 40 miles east of Kaiserslautern — an ideal outing for kids and parents, if you’re looking to kill about three or four hours. The little ones are entertained while the parents can feel some satisfaction that their kids are learning something as they walk through a marshy forest and other prehistoric landscapes and view dinosaur and plant fossils from different geologic eras.

But, fair warning; the realism of some of the 3-D shows and animated exhibits might be a little frightening for some children.

After observing a gaggle of 6- and 7-year-olds go through the museum recently, I’d have to say what I call the Moby Dick experience the scariest of the museum’s attractions. The exhibit — well, more like a ride — features not a white whale but one of the largest sharks to have ever lived, the extinct Megalodon.

I won’t ruin the surprise, except to say nobody lost a leg. But there were a few tears and kids hanging back, away from the exhibit, taking only an occasional peek from a distance. My 7-year-old thinks Megalodon is about the coolest creature to have once roamed the oceans, so it’s the highlight for him.

The museum has expanded in the past eight years, not only adding the Megalodon, but also a time travel section where you can walk through 12 stations tracing the history of mankind, from prehistoric cave-dwelling days to space exploration. A show with dinosaurs that move across the stage on wooden posts as they go after newly-hatched dinosaur babies is also entertaining.

Free English translation headsets are available, a must if you want to learn more about the exhibits, which are in German. The movies are in German but easy to follow.

After walking through the museum, be sure to visit Gondi’s Dino World, an indoor play area that includes slides, trampolines and climbing apparatus. If your kids aren’t worn out after the museum, they surely will be after a romp in the play area. Parents can chill out with coffee and food from the museum’s cafe.

Directions: Gondwana – Das Praehistorium is about 40 miles east of Kaiserslautern, Germany. The fastest route is on A6 east towards Saarbrucken and exiting at Neunkirchen, following smaller roads from there. The GPS address is: Bildstockstrasse, D-66578, Landsweiler-Reden.

Hours: Summer hours, from April to October, are 10 a.m. to 7 p.m. (last admittance 5 p.m.), and winter hours (November to March), 10 a.m. to 6 p.m. or noon to 6 p.m., depending on the day (last admittance 4 p.m.). Check the calendar on the museum web site before you go for any changes; museum appears to close on random days throughout the year, but it’s marked on the calendar, and some days, the bistro and play open at noon.

Prices: Children under 4 are free; kids 4 to 17, 17 euro; adults 23 euro; student, retired and disabled adults pay 18 euro. Family tickets cost 58 euro for two adults and three children, ages 4 to 17; every additional child is 15 euro. Defense Department ID-card holders receive a 10 percent discount off of all tickets; on the first Friday of every month, ID-card holders receive a 20 percent discount on the family ticket price.

Food: There is a bistro and snack bar.

Note: The museum has a gift shop and accepts Visa and Mastercard.