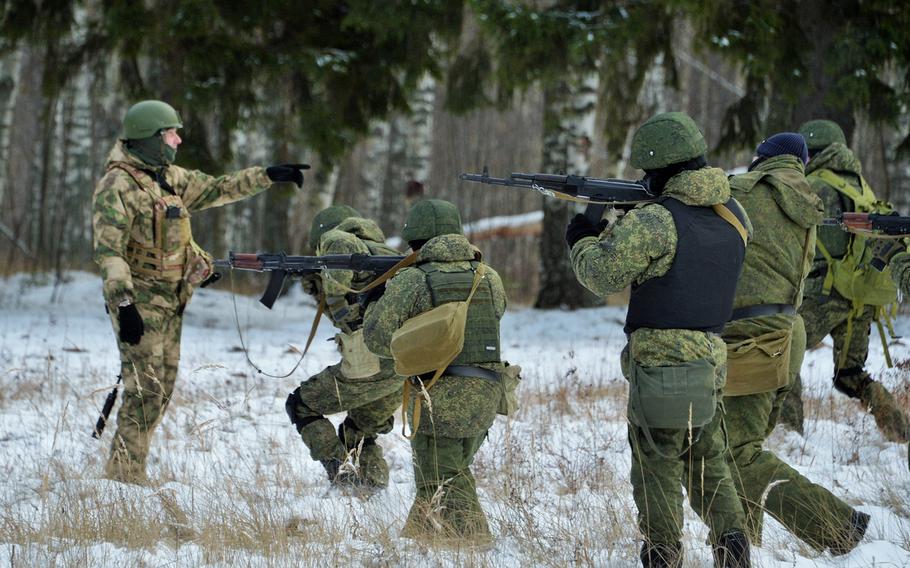 Mobilized Russian troops practice tactics and maneuvers in the Kostroma region of Russia, November 2022, according to the Russian government. (Russian Defense Ministry)

Gen. Valery Gerasimov, the chief of the general staff of the Russian armed forces, has recently come under fire after demanding increased personal discipline from soldiers, according to a message from the U.K. Defense Ministry and comments from a Russian mercenary group’s leader.

Russian senior leaders are “increasingly seen as out of touch (and) focused on presentation over substance,” according to the British defense update.

Since Gerasimov took direct command in Ukraine earlier this month, officers have been tasked with clamping down on uniform irregularities, travel in civilian vehicles, the use of mobile phones and nonstandard haircuts, according to the British Defense Ministry. 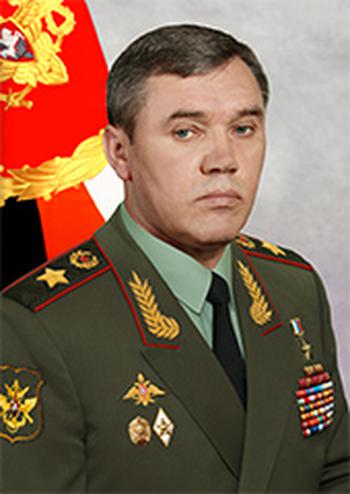 Gen. Valery Gerasimov, chief of the general staff of the Russian armed forces, as shown in his 2017 official portrait. Gerasimov is concerned about the professional appearance of his combat soldiers, according to British government reports and comments from Russia. (Savitsky Vadim/Russian Defense Ministry)

Cell phone use is widely acknowledged by militaries as a security risk. But the concentration on appearance comes in a war where top U.S. officials estimate Russian casualties have gone significantly over 100,000 within less than a year.

The “greatest derision has been reserved for attempts to improve the standard of troops’ shaving,” according to British intelligence.

Yevgeny Prighozin, head of private military contractor the Wagner Group, was among the vocal critics of the policy.

“War is the time of the active and the courageous and not of the clean-shaven,” he responded, according to the British report.

Earlier this month, Prighozin told followers on the social media platform Telegram that facial hair was an important part of Russian Orthodox and Islamic cultures. “The beard at the front is a symbol, it is a tradition,” he said.

The regulations are unlikely to apply to Wagner’s estimated 50,000 mercenaries fighting alongside conventional Russian forces.

The ministry also said the general’s attempt to groom troops for success bristled front-line soldiers and has been met with pushback.

The call for personal hygiene, uniformity and discipline among service members is not unique among militaries.

Some of the rank-and-file across the U.S. services have long chafed against grooming standards, pointing to the hirsute faces of special operators on Army Special Forces and SEAL teams who were permitted to grow bristly beards to command respect among residents in Afghanistan and Iraq.

Find out more about the UK government's response: https://t.co/CSN2KpKIMu

While the shaving order may seem trivial, its timing is telling and may be indicative of a larger problem in the Russian military, Western war analysts have said.

Russian soldiers in Ukraine have complained of poor living conditions, lack of equipment and low morale in the face of stiff Ukrainian resistance that has seen continued resupply by Western allies.

Enforcing daily shaves is seen by war analysts as an attempt to instill discipline without offering improved conditions for units stretched thin. 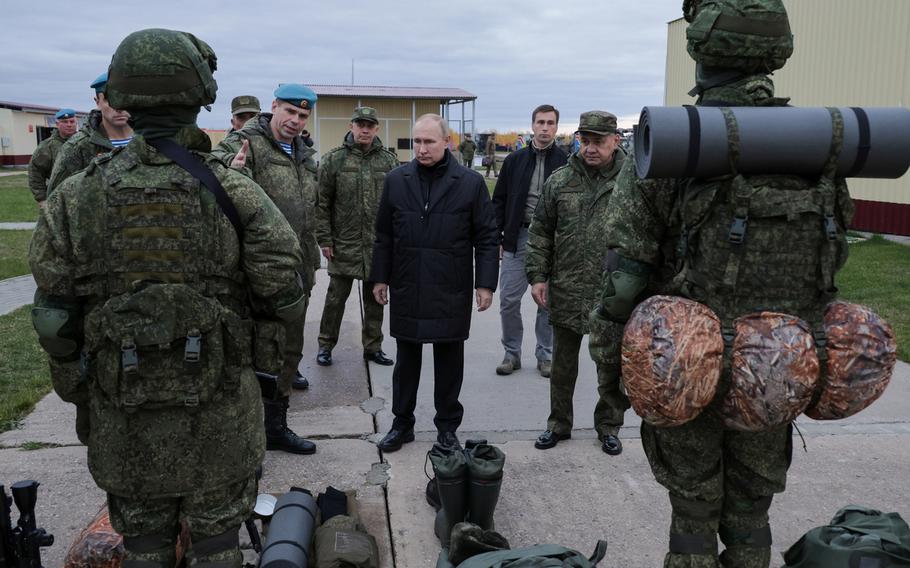 Russian President Vladimir Putin, center, visits troops in the Ryazan region south of Moscow, Oct. 20, 2022. Putin's top general is concerned about his troops being clean shaven, according to the British Defense Ministry and sources inside Russia. (Vadim Savitsky/Russian Defense Ministry)

“The Russian force continues to endure operational deadlock and heavy casualties; Gerasimov’s prioritization of largely minor regulations is likely to confirm the fears of his many skeptics in Russia,” the British Defense Ministry said.