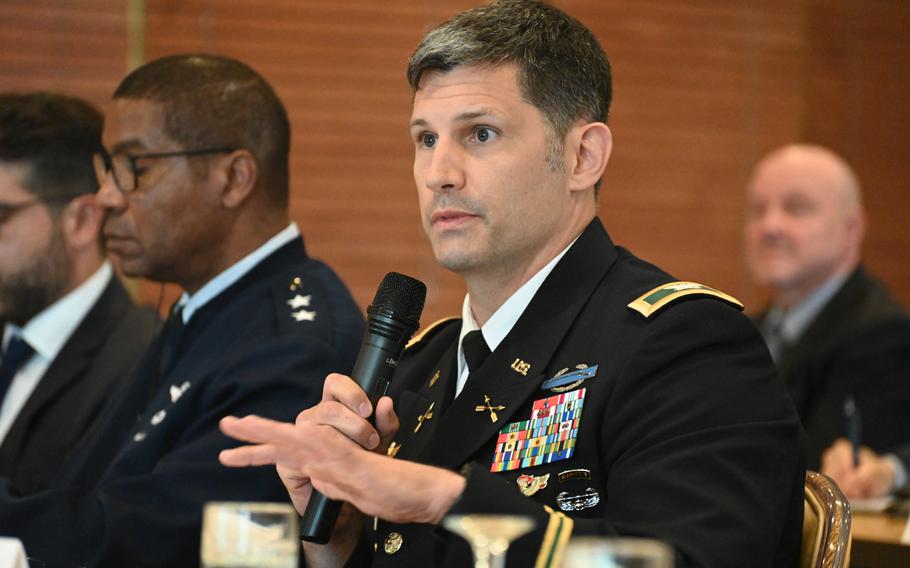 KAISERSLAUTERN, Germany — Col. Vance Klosinski, who led U.S. Army Garrison Rheinland-Pfalz until last year, is being remembered for his leadership following his death from appendix cancer over the weekend.

The 48-year-old, who succumbed to the disease Saturday, had been in hospice care in Florida.

“He died peacefully, surrounded by his family, wrapped in prayer and so much love,” his wife, Abigail Klosinski, said Sunday in a public Facebook post, adding that his death came one day after their 16th wedding anniversary.

“I asked Vance about a month ago, after he made the transition to hospice care, to try to stay with our family until our next anniversary,” she said. “I said, ‘give me one more to share together, after all the ones we’ve had to spend apart.’ ”

A native of Stevens Point, Wis., Klosinski began his military career as an infantry platoon leader with the 10th Mountain Division and later qualified as a Special Forces officer. His deployments took him to Afghanistan, Iraq, Bosnia-Herzegovina and the Philippines, among other places. 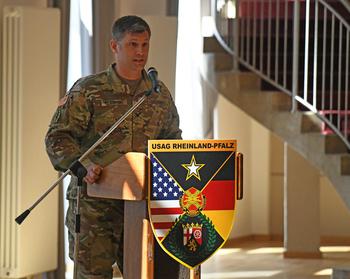 Soldiers who worked with Klosinski shared messages and photos over the weekend on the online platform Kudoboard, which had over 100 posts as of Monday in the memorial thread for him.

“Your knowledge, focus and humility demonstrated to all of us what it means to be a ‘quiet professional,’ ” wrote retired Lt. Col. Jamie Alden. “We all wonder the size and depth of the wake we leave. Brother, your wake is vast. Thank you for being a trusted adviser, mentor and friend.”

Rob Snyder, who said he had served as Klosinski’s director of operations, described him as a selfless leader.

“You taught me many things, including the importance of giving yourself time and space to do focused thinking and work,” Snyder said. “Even while you were battling cancer, you still took the time to give me sound advice and mentorship. Thank you for everything you did for me and countless others.”

“You’ve been someone I have looked up to for years,” Gomlak said. “I am still doing it now, as you show us all how to leave this place with dignity and grace.”

Klosinski was diagnosed with rare, late-stage appendiceal cancer two months after he took the helm at U.S. Army Garrison Rheinland-Pfalz in 2020.

The following months saw him undergo surgeries, chemotherapy and two medical evacuations from Germany to the U.S., according to his wife’s post. But he still managed to carry out his duties for over a year.

In late 2021, Lt. Col. Jeremy McHugh became the garrison’s acting commander. In July, McHugh relinquished command on behalf of Klosinski at a ceremony in Kaiserslautern.

Speaking at the event, Tommy Mize, the director of Installation Management Command-Europe, called Klosinski an inspiration to everyone around him.

“Col. Vance Klosinski is simply one of the very best officers I’ve known in my 38 years of service: a calm, thoughtful, caring leader who always put his command, his team and the Americans he served in Rheinland-Pfalz first,” Mize said. “Watching the way that he led and continued to serve so dedicated, so selflessly and so professionally is one of the most inspirational things I have ever witnessed.”

In addition to his wife, Klosinski is survived by his two sons, Mateo and Sam.