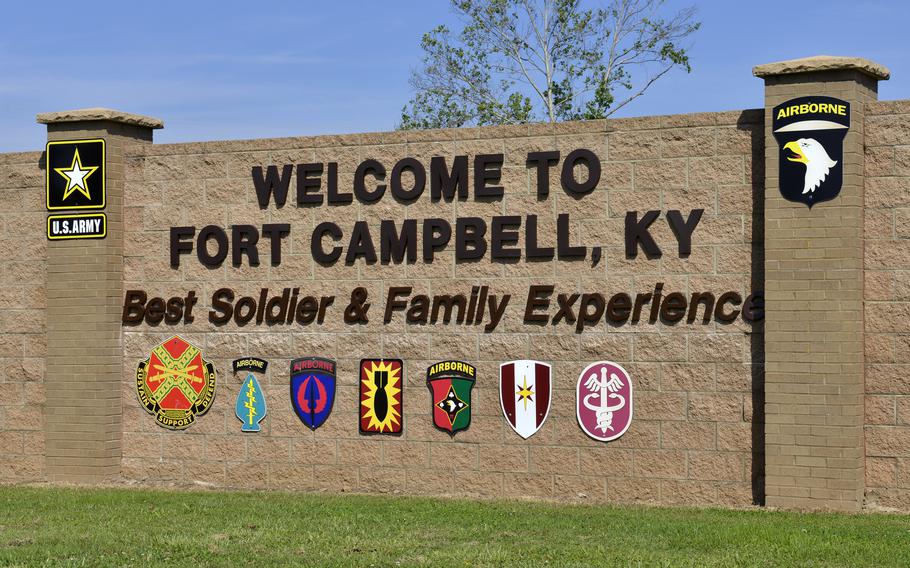 A 2015 photo of the entrance sign outside of Gate 3 at Fort Campbell, Ky. Fort Campbell is home to the 101st Airborne Division. (Samuel Shore/U.S. Army photo)

WASHINGTON – The United States will deploy an additional 260 soldiers to Europe in support of its allies on the Continent as Russia’s war in Ukraine enters its seventh month, the Army said Friday.

The soldiers will come from the 101st Airborne Division’s Sustainment Brigade headquarters at Fort Campbell, Ky., according to an Army statement.

The soldiers will help “support the United States’ unrelenting commitment to our European and NATO allies” during the fall deployment, according to the service. “This temporary deployment is in response to the invasion of Ukraine and is not a permanent change to the overall Army force posture in Europe.”

Known as the “lifeliners,” the brigade specializes in logistics and personnel services to support deployed forces, according to the Army.

There are approximately 100,000 U.S. forces in Europe now – up from about 80,000 before Russian President Vladimir Putin ordered his armed forces to invade Ukraine on Feb. 24.

The Army did not say where the soldiers would deploy in Europe, but the Pentagon sent troops in the early months of the war to NATO countries near Ukraine, including Germany and Poland.