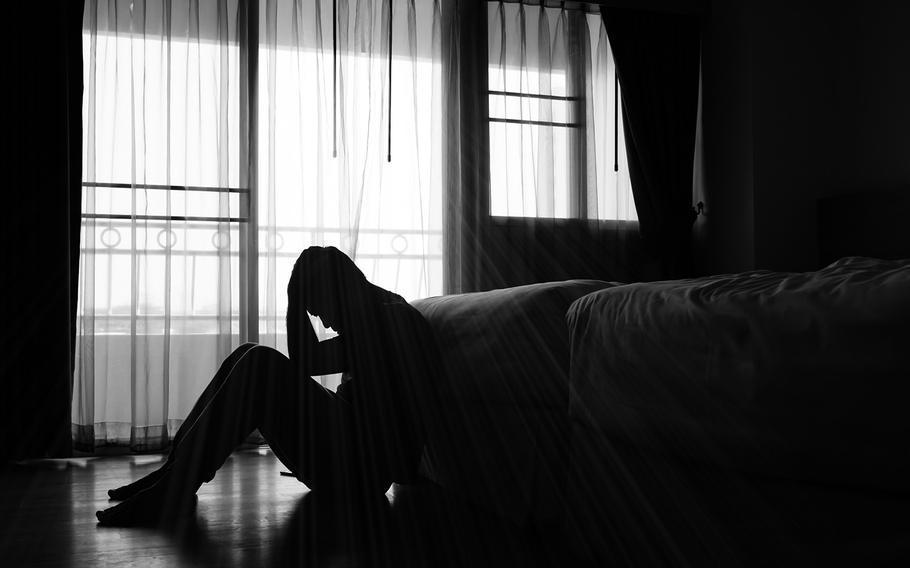 Officials for the Department of Veteran Affairs on Wednesday, May 25, 2022, announced a $20 million challenge that invites the public to find ways to reduce the veteran suicide rate. (Getty Images/iStockphoto)

WASHINGTON — Officials for the Department of Veteran Affairs on Wednesday announced a $20 million challenge that invites the public to find ways to reduce the veteran suicide rate.

The challenge, dubbed Mission Daybreak, calls on eligible participants to develop innovated methods to help prevent suicides that meet the various needs of veterans. They will receive funding and resources that include data, research, mentorship, educational webinars and partnership opportunities.

Officials said the agency is looking to attract expertise from private, nonprofit, and government collaborators in 10 focus areas, such as creating improved access to and effectiveness of the Veterans Crisis Line, preventing firearm suicides and improving lethal means safety, and reducing barriers to seek help.

The challenge aligns with the VA's National Strategy for Preventing Veteran Suicide. The 10-year agency strategy started in 2018 aims to provide a framework for identifying priorities, organizing efforts, and contributing to a national focus on veteran suicide prevention.

The strategy contains five priorities, which includes placing greater emphasis on the safe storage of firearms. The plan tasks the departments of Defense, Justice, Health and Human Services, Veterans Affairs and Homeland Security with educating veterans about how to store firearms to limit their access to them in times of crisis.

“Within this marketplace, we create an idea,” he said. “We create a vision of what we're looking for to advance the veteran suicide prevention mission.”

Miller said the Veterans Crisis Line answers 2,000 calls daily. The National Suicide Prevention Lifeline will get a new three-digit code — 988 — in July, and he said the VA expects an increase in demand to which the agency will have to respond.

“But how can we use artificial intelligence to help us maximize serving and working with veterans in that type of setting?” Miller said. “That's a marketplace issue for Mission Daybreak.”

Miller said firearm deaths is another focus. In 2019, 6,261 veterans died by suicide. Firearm deaths accounted for more than 70% of veteran suicides that year.

“To end veteran suicide, we need to use every tool available,” VA Secretary Denis McDonough said. “That’s why Mission Daybreak is fostering solutions across a broad spectrum of focus areas to combat this preventable problem.”

The Mission Daybreak challenge will have two phases. The first phase, which began Wednesday, will allow interested participants to develop and submit 10-page concept papers by 4:59 p.m. EST on July 8. Thirty submissions will be chosen and receive $250,000 for their ideas and advance to phase two.

The second phase will have the 30 finalists participate in an eight-week virtual accelerator that will provide support and resources as their concepts progress, to include prototyping, iteration, testing/validation, and evaluation.

The VA will host an information session and topical webinars on June 7 for phase one.

Last month, the VA began accepting applications for the Staff Sergeant Parker Gordon Fox Suicide Prevention Grant Program, which allows the Veterans Health Administration's Office of Mental Health and Suicide Prevention to fund organizations to help meet the needs of veterans and their families through outreach, suicide prevention services, and the VA and its community resources.