The costs and risks of the new Ukraine aid package 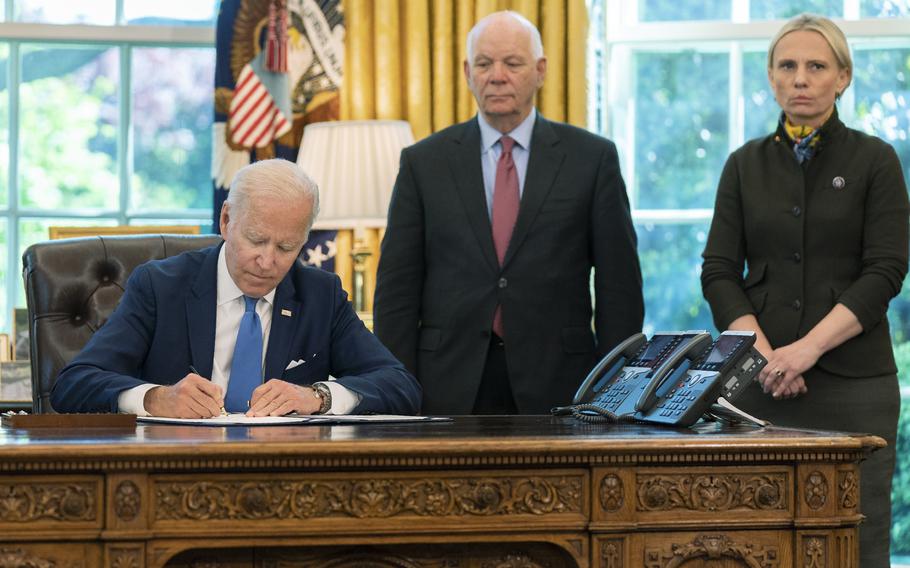 (Tribune News Service) -- The Biden administration’s massive $33 billion aid request for Ukraine is the latest initiative in the effort to provide weaponry needed by Ukraine to fend off the Russian invasion of their country. But the sheer size of the package, coupled with recent administration statements that suggest the U.S. goal has shifted from helping defend Ukraine to “weakening Russia,” provide cause for concern.

While Russian aggression in Ukraine has been appalling — including the seemingly cavalier murder of civilians and other alleged war crimes — it is vitally important that the U.S. consider both the risks and costs of providing this extraordinary amount of military assistance to Ukraine.

While Ukrainian fighters will benefit from these arms, these arms transfers pose a number of risks as well, not the least of which is the potential for getting the U.S. into a direct military confrontation with Russia, something the vast majority of Americans are opposed to. And, that would be more, not less, likely if Congress uncritically approves this aid package.

Russian President Vladimir Putin has declared that arms shipments are “legitimate targets,” so more arms shipments puts more U.S. soldiers at risk and raises the potential for a direct military confrontation between American soldiers and Russian forces. As Seth G. Jones of the Center for Strategic and International Studies told The New York Times, “the risk of a widening war is serious right now … Russian casualties are continuing to mount, and the U.S. is committed to shipping more powerful weapons that are causing those casualties.” There is also the possibility that U.S. arms will fall into the hands of U.S. adversaries, as they have in Iraq, Afghanistan, Syria and elsewhere.

As Congress and the public debate these risks they should also be mindful of the direct economic costs of this new aid package as well.

For starters, if Congress signs off on this new request, the U.S. will have authorized $47 billion in total spending to Ukraine this year alone. That’s more than the Biden administration is committing to stopping climate change and almost as much as the entire State Department budget.

The aid package is more than the total amount of money all but 13 countries in the world spend on their military.

The vast majority of this new aid package, $20.4 billion, is for “additional security and military assistance for Ukraine and for U.S. efforts to strengthen European security in cooperation with our NATO allies and other partners in the region,” according to the White House.

This, combined with the earlier aid package, would make Kyiv the largest recipient of U.S. military aid in at least two decades, explained Elias Yousif, a security assistance expert at the Stimson Center. It would also be twice the largest yearly total ever provided to Afghanistan, when U.S. forces were directly fighting there.

In addition, there is the direct economic cost to U.S. taxpayers who, ultimately, have to foot the bill for this historic aid package. Part of that cost could come from the kinds of fraud, waste and abuse that groups like the Special Inspector General for Afghan Reconstruction have uncovered in other cases where billions of dollars were being shoveled out the door in the name of national security.

Helping Ukraine defend itself is important, but it should be done with an eye toward limiting the risks of escalation and unintended economic and security consequences. The administration’s latest aid request should be carefully debated, well accounted for, and scrutinized before it is allowed to proceed in its current form.