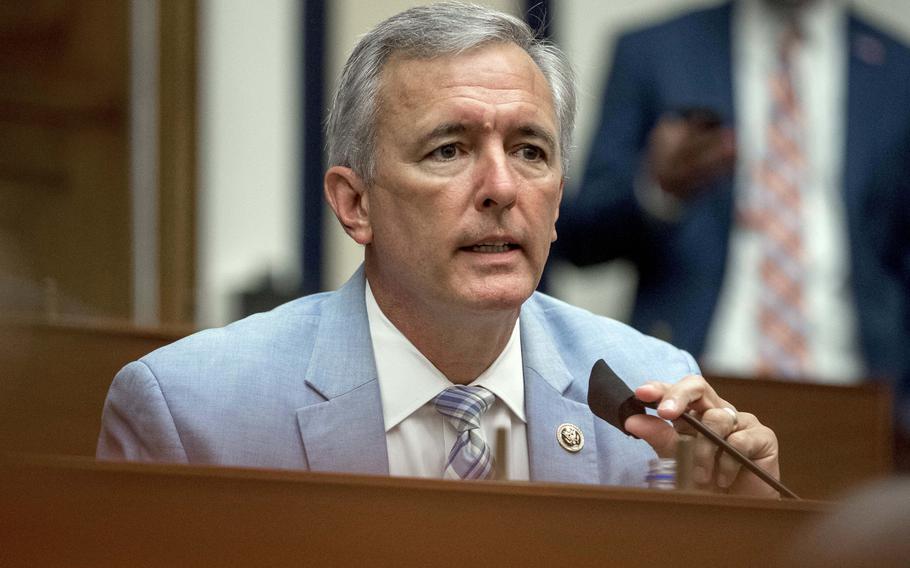 FILE — Rep. John Katko, R-N.Y., speaks during a House Committee on Homeland Security meeting on Capitol Hill in Washington, July 22, 2020. Katko, who was one of just 10 Republican House members who voted to impeach former President Donald Trump, has announced that he will not seek reelection this year. (AP Photo/Andrew Harnik, Pool, File) (Andrew Harnik)

SYRACUSE, N.Y. — U.S. Rep. John Katko, who was one of just 10 Republican House members who voted to impeach former President Donald Trump, announced Friday that he will not seek reelection this year.

The congressman from Camillus in central New York said in a statement sent to news organizations that he will not run for a fifth term "so that I can enjoy my family and life in a fuller and more present way."

Kakto faced a backlash from Republicans after voting to impeach Trump. He faced at least one primary challenger in his district.

He's the 12th House Republican to announce they're not seeking reelection in 2022 and the third to decide not to seek another term after voting to impeach Trump in January 2021 over the insurrection at the U.S. Capitol.