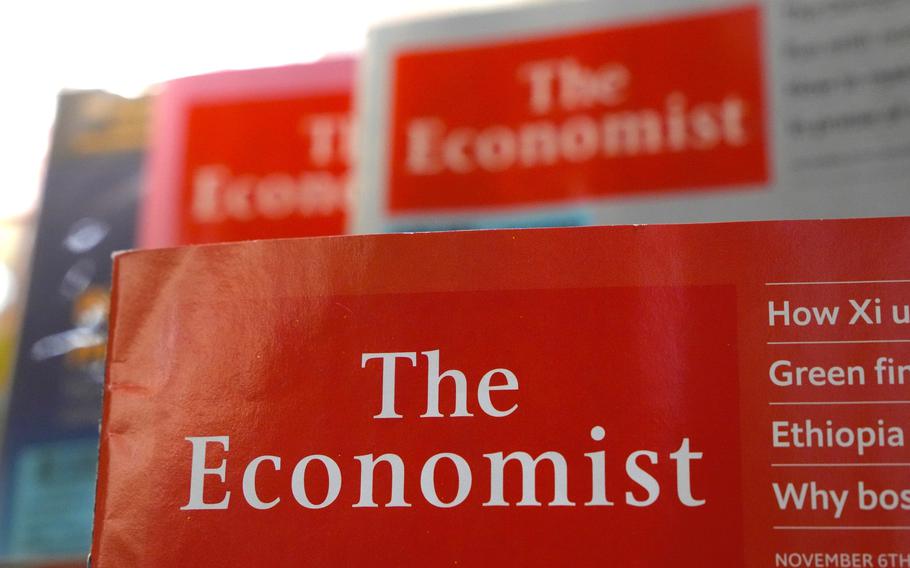 The Economist magazines are displayed at a book store in Hong Kong, Saturday, Nov. 13, 2021. Hong Kong authorities declined to renew a visa for a foreign journalist working for The Economist without any explanation, the magazine said in a statement on Friday. Sue-Lin Wong, who is Australian, was based in Hong Kong for the magazine and covered China and Hong Kong. (Kin Cheung/AP)

HONG KONG — Hong Kong authorities declined to renew a visa for a foreign journalist working for The Economist without any explanation, the magazine said.

Sue-Lin Wong, who is Australian, was based in Hong Kong and covered China and the southern semi-autonomous city.

"We regret their decision. ... We urge the government of Hong Kong to maintain access for the foreign press, which is vital to the territory's standing as an international city," Zanny Minton Beddoes, The Economist's editor-in-chief, said in a statement Friday.

Immigration authorities did not immediately respond to an email request for comment. Phone calls to the information office outside of business hours went unanswered.

Many have worried about the erosion of press freedom in a city that was once a bastion for it.

Last week, a survey by the Hong Kong Foreign Correspondents' Club found nearly half its members were considering leaving the city. They said they were concerned about a decline in press freedoms under a sweeping national security law imposed by Beijing following massive anti-government protests in 2019.

"Very sad I won't be able to continue reporting from Hong Kong. I loved getting to know the city and its people. I will miss you all," Wong said in a message posted on Twitter.

Wong previously worked for the Financial Times and Reuters in China.

In June, Apple Daily, the Chinese-language tabloid backed by pro-democracy billionaire Jimmy Lai, was forced to shut down after police froze $2.3 million of its assets, searched its office and arrested five top editors and executives. Police also accused the individuals of foreign collusion to endanger national security.