Fort Hood soldier charged with murder of fellow soldier, mother of his child 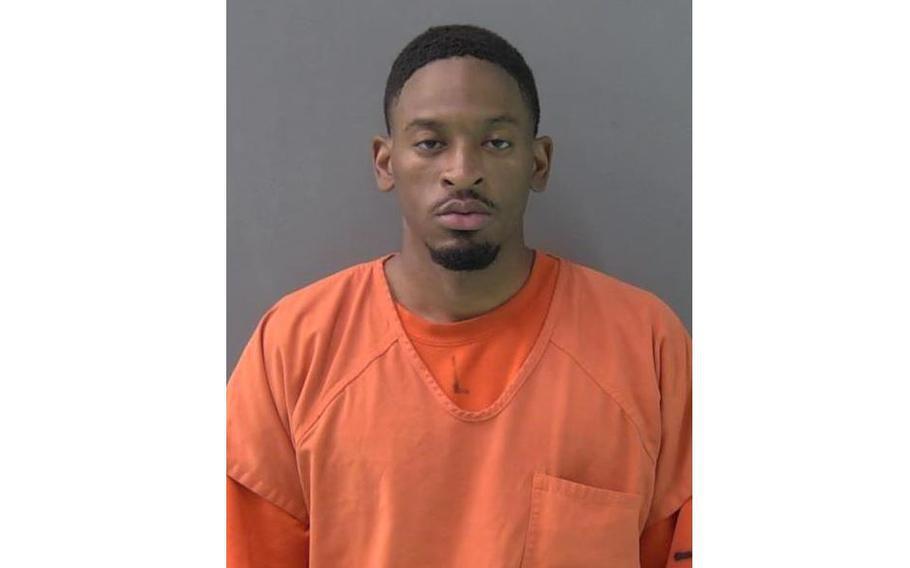 Fort Hood soldier Cpl. Nakealon Keunte Mosley, 24, was indicted Wednesday by a grand jury in Bell County, Texas, on a charge of murder in the death of a fellow soldier who was the mother of his child, according to online court records.  (Bell County Jail)

A Fort Hood soldier was indicted Wednesday on a charge of murder in the death of a fellow soldier who was the mother of his child.

Cpl. Nakealon Keunte Mosley, 24, was indicted by a grand jury in Bell County, Texas, which is located just outside the Army base in central Texas, according to online court records. He is charged with shooting Sgt. Francine Martinez, 24, on Sept. 4 following an argument outside of a nightclub in Killeen, Texas. After two weeks in the hospital, Martinez died Sept. 16.

Mosely was initially charged with aggravated assault of a family member and he has been in Bell County Jail since Sept. 5 with his bond set at $505,000, according to online jail records. His arraignment for the enhanced charge is scheduled for Dec. 16.

In the days before the shooting, Martinez had filed a petition to establish paternity for the couple’s child, according to Bell County court records. The case was closed Sept. 22.

Both soldiers had previously served at Fort Carson, Colo., before arriving to Fort Hood, according to their service records.

There is no record of a military protective order being filed between the two and neither Mosley nor Martinez have ever been charged with any wrongdoing based on an investigation from Army Criminal Investigation Division, said Jeffrey Castro, a spokesman for the division.

Army special agents from the division are assisting the Killeen Police Department with their investigation, he said.

Witnesses of the shooting told Killeen police officers that Mosely and Martinez had been romantically involved in the past and had a child together, according to an arrest affidavit for Mosely.

The two soldiers ran into each other at a Killeen nightclub on Sept. 4, which led to an argument in the parking lot, according to the affidavit. As Martinez left in one vehicle, Mosely followed in a separate vehicle and fired gunshots at Martinez’s vehicle, police said.