Sometimes nonlethal weapons are best for the mission 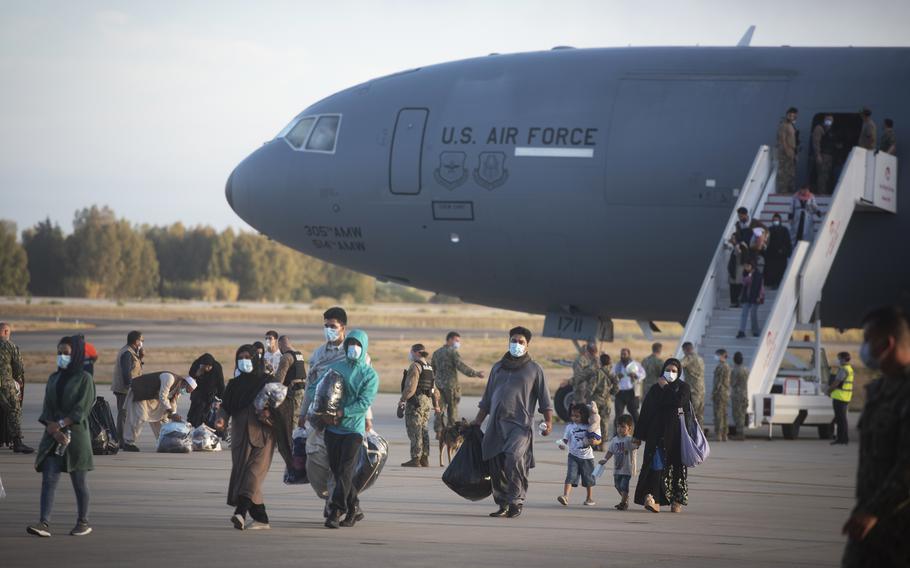 As we exit Afghanistan, the country has an opportunity: to think anew about the threats we face and how to invest in the tools to meet them.

Consider U.S. forces’ final moments in Kabul. Their mission: enable American diplomats, their families, and our allies to leave Afghanistan safely. The context: a vast airfield that thousands were jostling to enter, with airplanes attempting to take flight as rapidly as possible and rumors of threats all around.

Now consider the tools at hand: facing a teeming mass of mostly Afghan civilians, American soldiers held standard-issue M4 rifles. What do you do with this weapon at this moment? If a riot breaks out, do you fire on the crowd? Do you shoot into the sky? If you needed to deploy violent force, how would you ensure that the weapon hit the right target — and didn’t hit a civilian instead?

One of many reasons why service members earn our respect is that — despite these fraught circumstances — they act with courage, calm and restraint. The U.S. troops guarding Kabul’s airport faced impossible odds and did their duty with distinction. They also did so at risk to their lives: Thirteen caskets returned from Afghanistan bearing the bodies of U.S. service members killed in those final days.

Several questions hover over our departure, including this: Why do we force U.S. service members to stand in the middle of a crowd of mostly innocents with only a lethal weapon at their disposal? Couldn’t we do better than such a crude tool for such a complex moment?

Afghanistan is one venue that begs these questions, but there are others. Recently, America’s National Guard deployed to support earthquake recovery efforts in Haiti, and unseen by most, we also send special operations warriors on sensitive missions to capture — not kill — high-value targets. In each case, we put weapons designed for maximum lethality into moments that demand something different.

As we emerge from Afghanistan, we ought to reconsider the technology at the heart of our front-line military operations. Historically, the military has been slow to embrace new devices. Unmanned aerial drones, for instance, faced resistance for years. Yet now we cannot imagine warfighting without them.

Similarly, the military has long been skeptical of nonlethal weapons — a sentiment that has limited their use and deployment. By one estimate, more than half of the Army’s nonlethal energy weapons are past their shelf life and suffer from depleted batteries. The cause? The Army did not seek to include replacement batteries in its annual budget.

Now is the time to refresh those budgets and, more importantly, rethink the strategy that underpins them. In theater after theater, what our service members need is the ability to incapacitate — but not kill. To have enough force to protect themselves — but not jeopardize the lives of civilians and fellow service members.

The timing is apt for a rethinking of front-line force. There have been great improvements in the capacity and precision of nonlethal energy weapons, and today, they offer more range, flexibility and effectiveness than ever. Technology and strategy are in alignment, and the usual excuses — “we don’t have the weapons” or “we don’t have the need” — do not apply.

The U.S. military has long demonstrated the capacity to adapt as the battle picture changes. And today’s battle picture is different than the one that shaped our use of force and methods of force in decades past. We must equip America’s fighting men and women with the nonlethal tools they need for 21st-century missions. There is no better moment than right now, as we rethink our military posture around the world. And there will be no better audience for such a shift than those whom we put in situations of peril.

Rick Smith is the chief executive officer of Axon Enterprise, a pioneer in less-lethal weapons, and the author of “The End of Killing: How Our Newest Technologies Can Solve Humanity’s Oldest Problem.”