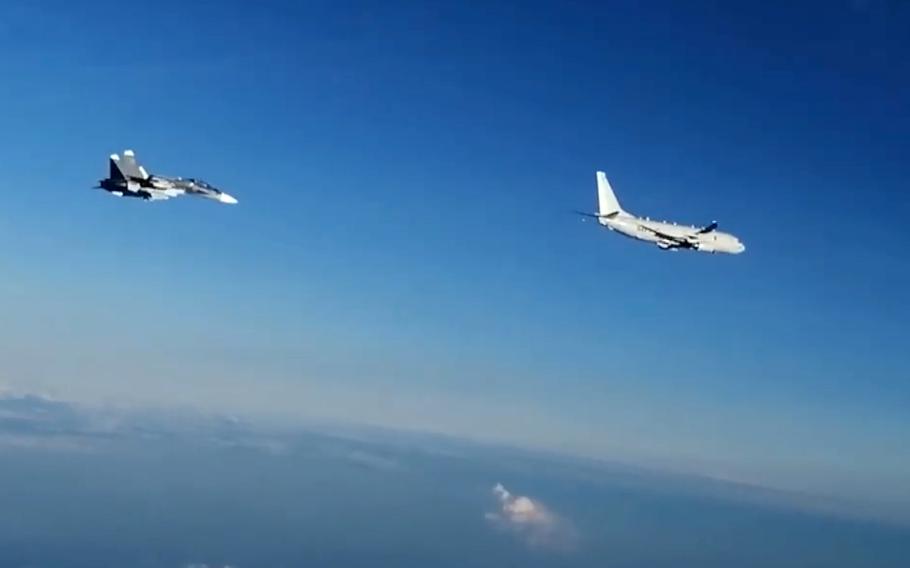 NAPLES, Italy — Russian military actions in the Black Sea during a multinational exercise reflect an increasingly aggressive effort to control the region, said a top U.S. admiral and analysts calling for an assertive response from the U.S. and NATO allies.

The Kremlin has long objected to the annual Sea Breeze drills, which this year included 32 nations maneuvering in what the Russians, as one of six nations bordering the Black Sea, consider their backyard.

The difference during this year’s two-week exercise, which ended earlier this month, was the intensity of Russia’s moves, the targeting of non-U.S. NATO allies and the outspokenness of high-ranking officials, analysts said.

The Russians fired warning shots at a British destroyer before Sea Breeze began and closely tailed a U.S. Navy aircraft during the exercise. The Russian military also effectively closed off the western half of the sea for its own use.

U.S. Navy Adm. Robert P. Burke called Russia’s actions an effort to bully neighbors into accepting the narrative that no other nations have the right to be in the Black Sea.

“When a strike aircraft overflies a destroyer at 100 feet altitude and right over top, our (commanding officers) are making a judgement call of whether that strike fighter is on an attack profile or not,” Burke, commander of U.S. Naval Forces Europe-Africa and Allied Joint Force Command Naples., said Tuesday at a U.S. Navy Memorial livestreamed event.

“... There is a tactical risk involved here, that tactical risk could turn into a strategic issue and that’s a big concern with this increasing aggression.”

Burke said Russian efforts to control the Black Sea must be met with a U.S. and NATO strategic presence.

“We need to challenge that (Russian government) narrative and not let that become the norm,” Burke said.

Moscow’s protests of the Sea Breeze drills have intensified in recent years, in line with its claim to Ukraine’s Crimean Peninsula, which it annexed in 2014. Most of the world does not accept that claim.

The Russian Defense Ministry is increasingly using social media to amplify its message. It posted on its Facebook page earlier this month a video of its fighters “escorting” a U.S. Navy Boeing P-8 Poseidon over the Black Sea.

The fighters did not allow the U.S. plane “to violate the state border of the Russian Federation,” the post said, describing the July 6 encounter.

The U.S. maintains the right to fly over the sea in accordance with international law. 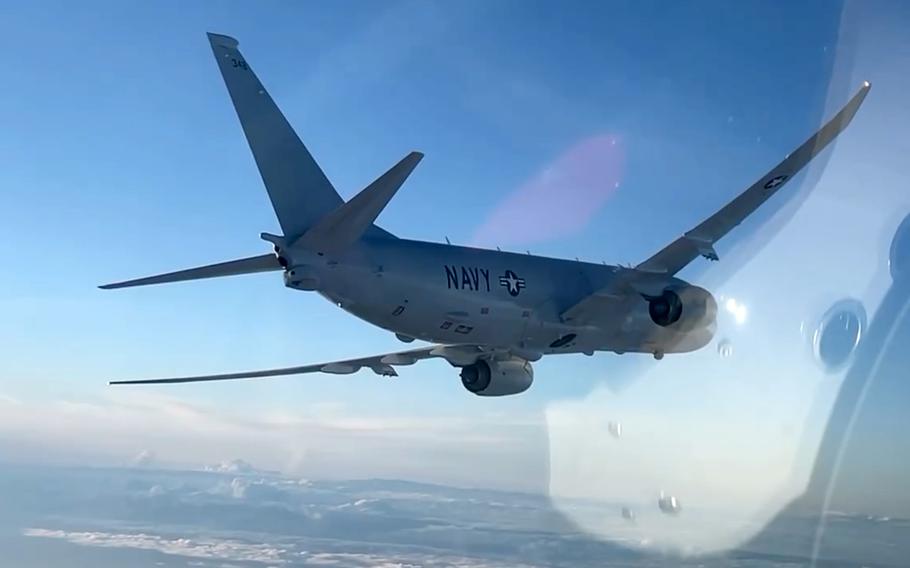 In this screenshot from a Russian Defense Ministry Facebook post, a Russian Su-30SM fighter pilot's helmet is reflected in the plane's cockpit as it follows a U.S. Navy P-8 Poseidon over the Black Sea, July 6, 2021. Russian military actions in response to NATO's annual Sea Breeze exercise were more frequent, hostile and aggressive than in years past, some analysts said. (Facebook)

The video followed a similar post of a June 24 encounter with a Dutch ship in the Black Sea. Russia said it launched fighters and bombers to prevent the ship from entering its territorial waters.

Foreign ships do have the right to “innocent passage” in territorial waters under the U.N. Convention on the Law of the Sea, which Russia has ratified.

The Dutch Defense Ministry said the Russian warplanes repeatedly flew low over their frigate, carrying out mock attacks, according to news reports.

“The escalation of Russian military aggression against U.S. and NATO ships shows that Russia believes it should control access to the Black Sea and intimidate NATO navies and commercial shipping away whenever Moscow chooses,” said Jorge Benitez, an expert on European security with the Atlantic Council think tank.

“Unless NATO and the U.S. raise the costs to Russia for this dangerous behavior, we should expect that future Russian behavior will take greater risks,” added Benitez, who characterized Russia’s actions during Sea Breeze as simulated attacks.

Russia also used traditional media to suggest that the exercise was provocative and justified a military response.

President Vladimir Putin discussed it during his annual call-in show and suggested the U.S. was involved in the incident with the British warship, said Dmitry Gorenburg, a senior research scientist with CNA, a think tank based in Arlington, Va.

But Gorenburg doubted that Russia was prepared to engage NATO forces in an armed confrontation, characterizing Moscow’s actions as a finely tuned effort to sow concern in the West.

For example, Russian video of the confrontation with HMS Defender showed that warning shots were fired but also includes audio of a Russian commander “clearly and repeatedly” telling the crew to make sure they didn’t hit the British ship, Gorenburg wrote in an analysis piece for Russia Matters.

The U.S. should continue to support partners in the Black Sea and to maintain freedom of navigation without increasing presence beyond what has been the case in the last few years, Gorenburg said.

“Russia recognizes that it can’t control the entire Black Sea, but it does want to be the dominant naval power there,” he said.

“The U.S. and NATO need a strategy for the greater Black Sea region that integrates efforts in all domains, including diplomatic/political, information and economy as well as military,” said Hodges, who holds the Pershing Chair at the Center for European Policy Analysis.

That effort would require NATO ships in the Black Sea every day of the year, he said.

“Everything that Russia hopes to do in the eastern Mediterranean or in North Africa emanates from the Black Sea region,” Hodges said. “That is their launching pad for everything to their south.”

Hodges said he anticipated that Moscow will continue those efforts.

“It’s going to be a long, hot summer in and around Ukraine because of Russia’s military posture,” Hodges said. “We are only in a pause … they will only stop when they are stopped.”