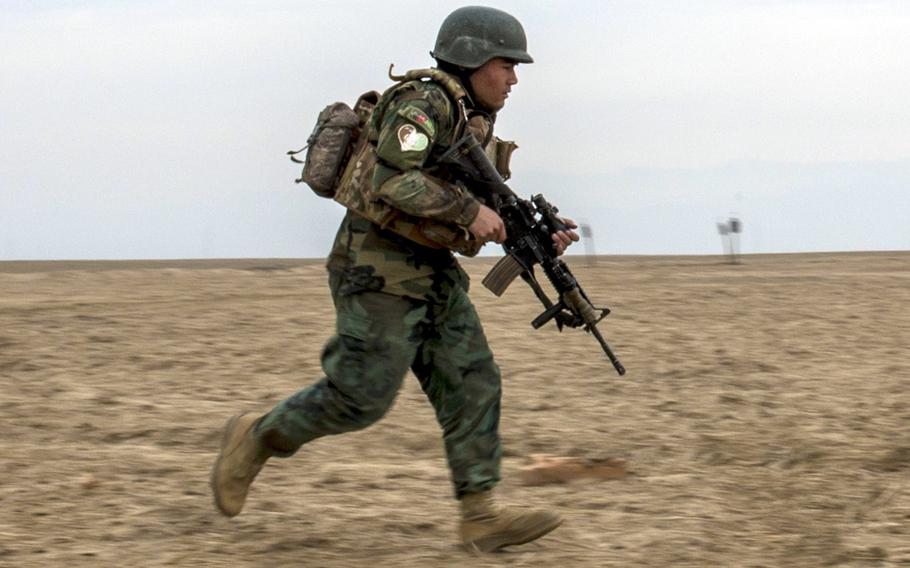 WASHINGTON – U.S. military officials failed to properly track some 95,000 vehicles provided to Afghan forces or ensure millions of dollars of gasoline and other commodities were used for their intended purposes, according to a Pentagon watchdog.

In all, the Combined Security Transition Command–Afghanistan, or CSTC-A, cannot definitively account for $3.1 billion of U.S. taxpayer money that it provided the Afghan government from 2014 to 2017 to aid the Afghan army and national police, the Defense Department’s Inspector General found, according a report released last week. The lack of accountability leaves the funds vulnerable to “fraud, waste and abuse,” the IG reported.

“CSTC-A officials did not effectively manage and oversee the U.S. direct funding provided to the Ministries of Defense and Interior, which oversee Afghanistan’s Army and National Police, respectively,” the report stated. “CSTC-A management and oversight of the direct funding is intended to increase [Afghan security forces] effectiveness and capabilities so the [forces] can become more professional and increasingly self-sustaining.”

Officials from the command, which is charged with funding and training Afghan forces, largely blamed “inadequate staffing and security concerns” for any shortcomings. However, the IG found systemic issues were also to blame.

CSTC-A officials established unrealistic and unattainable goals for the Afghans to improve their own capabilities toward achieving independence in supplying their own troops, the IG also found.

Instead, the Afghan government has remained reliant on the United States to furnish its supplies because American officials have not provided adequate training, according to the report.

Additionally, the report stated CSTC-A officials have not enforced penalties within U.S. agreements with the Afghan government. Penalties include levying fines when terms and conditions of contracts are not met, such as providing detailed logs of vehicle maintenance and fuel consumption data.

For example, Afghan officials only provided CSTC-A fuel consumption reports for the Afghan army when directly requested by the United States, though contracts require biweekly reports. The IG concluded the United States cannot be certain that at least $174 million worth of fuel was properly used.

CSTC-A also cannot properly track the status of some 95,000 vehicles that the United States has given the Afghans because officials did not properly inventory the types and quantities of vehicles provided.

Furthermore, the IG blamed CSTC-A officials for failing to properly train the Afghans to maintain those vehicles, leaving the U.S. military to spend about $21 million to replace engines and transmissions that should have been the Afghans responsibility.

The IG report was the eighth and final report in a series of oversight investigations into CSTC-A functions since 2015. The reports have uncovered widespread issues within the command, including the commands’ inability to account for more than $700 million of ammunition provided to the Afghan security forces between 2015 and 2017.

Officials in the command also faced scrutiny last year when John Sopko, the special inspector general for Afghanistan reconstruction, uncovered some $28 million of wasteful spending on Afghan National Army uniforms in a decade.