House proposal would give VA hospitals to nonprofit corporation 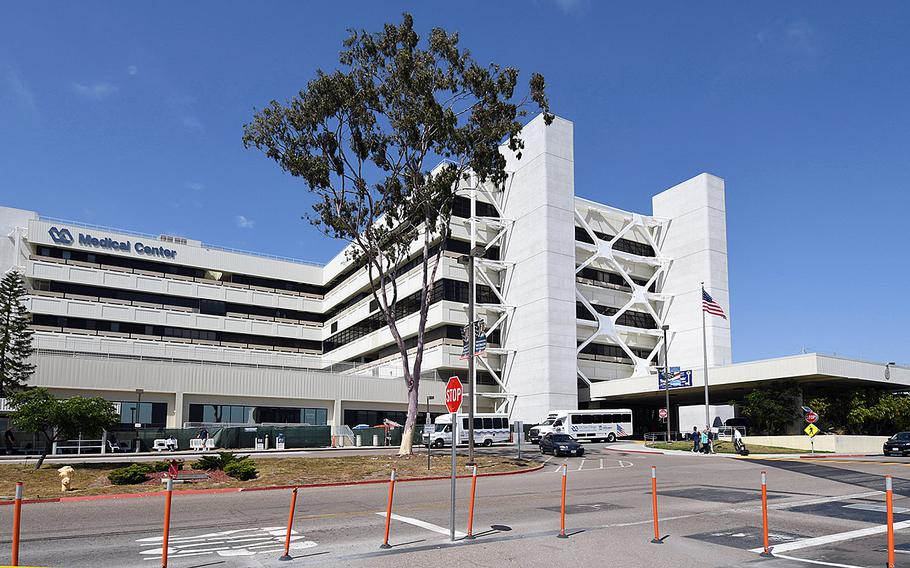 A veterans medical center is seen in San Diego on May 2, 2016. A proposal that a Washington lawmaker made on Capitol Hill in Washington on Tuesday, June 7, 2016, is calling for the nation’s veterans hospitals to be transferred from the Department of Veterans Affairs to a charitable nonprofit corporation. (Veterans Heath System)

WASHINGTON — The nation’s veterans hospitals would be transferred from the Department of Veterans Affairs to a government-chartered nonprofit corporation under a plan floated Tuesday by a House lawmaker.

The proposal unveiled by Rep. Cathy McMorris Rodgers, R-Wash., who is the House GOP conference chairwoman, terminates the Veterans Health Administration’s role in hospital care, medical services and other health care and creates a Washington, D.C.-based corporation and board of directors to take its place.

Her draft legislation, which was published for discussion and not yet introduced, also creates three new categories of health care coverage, with all new veterans given access to private care.

It could be the most profound overhaul in the department’s history and comes as Congress continues to grapple with delays and dysfunction in the VA’s nationwide network of hospitals and clinics more than two years after a scandal over long wait times for care.

“With the never-ending wait times and the VA secretary doubling down on his comparison to Disney, the time has long passed for the VA to make the necessary changes to ensure that our veterans are treated effectively, seen efficiently, and cared for with respect,” McMorris Rodgers said in a released statement. “Veterans should be freed from a system that offers them little or no choice.”

VA Secretary Bob McDonald caused a furor on Capitol Hill in May when he compared veteran waits at hospitals to lines for amusement rides at Disney parks. At first, he defended the statement but later apologized.

McDonald was appointed to fix the VA’s many problems, including bottlenecks for veterans seeking health care, but many lawmakers are getting frustrated by what they see as a slow pace and steady stream of missteps by the department.

That health care arm of the VA would turn over its facilities, staff and responsibilities to a newly created Veterans Accountable Care Organization, which would be run by a board of directors including the VA secretary, eight members appointed by Congress, and two members appointed by the president. At least five of the 11 members would be veterans.

Meanwhile, all new veterans would be enrolled into VetsCare Choice, which covers private health care, and veterans who are already enrolled in the VA system could opt in or stay with their existing coverage.

Veterans older than 65 will be enrolled in coverage that will defray Medicare payments.

“With this draft legislation, my goal is for veterans to have the ability to choose what health care plan best fits their individual needs,” McMorris Rodgers said. “This proposal should serve as the starting point for putting veterans in charge of their health care.”

The concepts in the bill were partly influenced by the conservative leaning group Concerned Veterans for America, which has been calling for a major overhaul of the VA. The group said it will give all veterans in the VA system the ability to choose where they receive care.

“The reality of the VA’s failure is undeniable. The department is not structured to provide timely, sustainable care to veterans, and is in desperate need of ‘system-wide’ reform,” the CVA said in a released statement.

Other VA reform efforts are winding their way through the House and Senate.

That $10-billion program was created in the wake of the department’s 2014 national wait-time scandal when whistleblowers said veterans were dying while waiting for care. Veterans are eligible for a Choice card if they cannot get a VA appointment within 30 days or live more than 40 miles from a VA facility.

It aimed to dramatically increase access to private hospitals and doctors, though the rollout has been rocky and wait times for care can still be long for veterans.