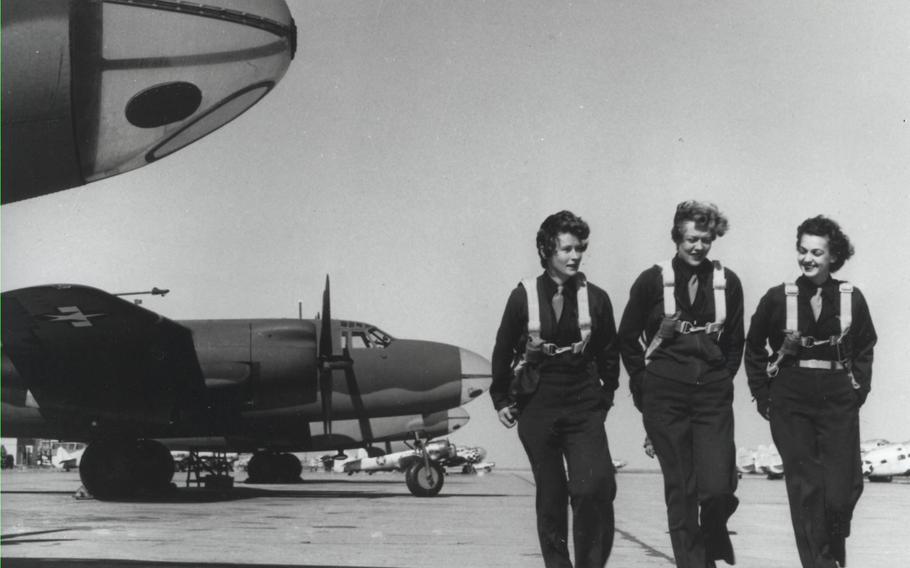 Members of the Women Airforce Service Pilots on a runway in Laredo Texas, in 1944. (Courtesy U.S. Air Force)

Members of the Women Airforce Service Pilots on a runway in Laredo Texas, in 1944. (Courtesy U.S. Air Force) 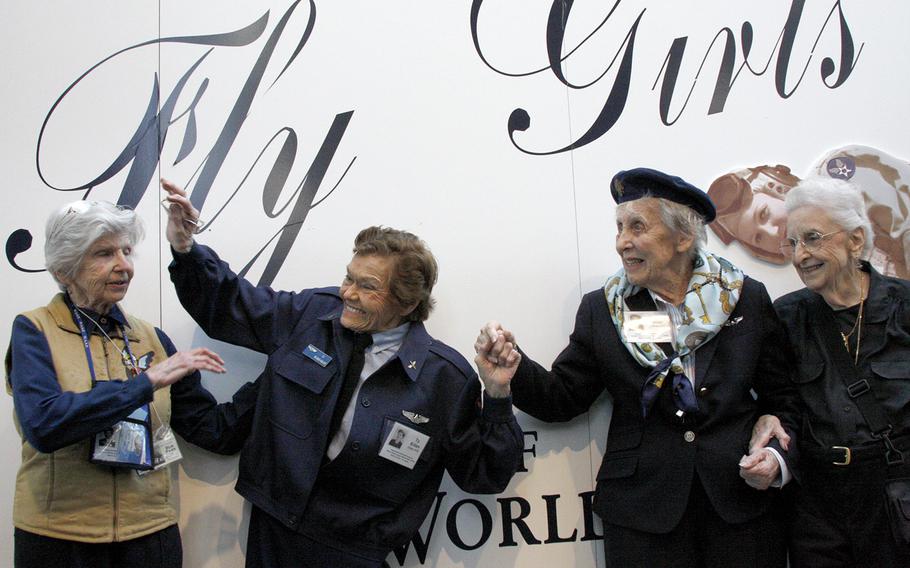 Buy Photo
In a 2010 file photo, Women Airforce Service Pilots (WASP) veterans gather for a ceremony in their honor at the Women in Military Service for America Memorial at Arlington National Cemetery. (Joe Gromelski/Stars and Stripes)

The bill, sponsored by Rep. Martha McSally, R-Ariz., won widespread support with a 385-0 vote and will ensure the Women’s Airforce Service Pilots are eligible for above-ground urn space and full burial honors.

Now, it is up to the Senate to decide. A similar bill was introduced there by Sens. Joni Ernst, R-Iowa, and Barbara Mikulski, D-Md.

The Army sparked a growing controversy last year when it reinterpreted a law from the 1970’s to exclude the female veterans who trained pilots and ferried combat aircraft from 1942-1944 from the national cemetery, where space is increasingly limited.

The WASPs were not considered active-duty troops at the time but have since received the Congressional Gold Medal, veteran benefits and renown as role models for female troops serving today.

McSally, an A-10 Thunderbolt II pilot who flew combat mission over Iraq, has said they “opened the door for people like me being able to serve.”

The acting secretary of the Army said earlier this month that not even President Barack Obama has the executive power to change the rule excluding WASPs and that only Congress can make a fix by passing a new law.

The service reversed a national cemetery policy in place since 2002 that allowed inurnment.