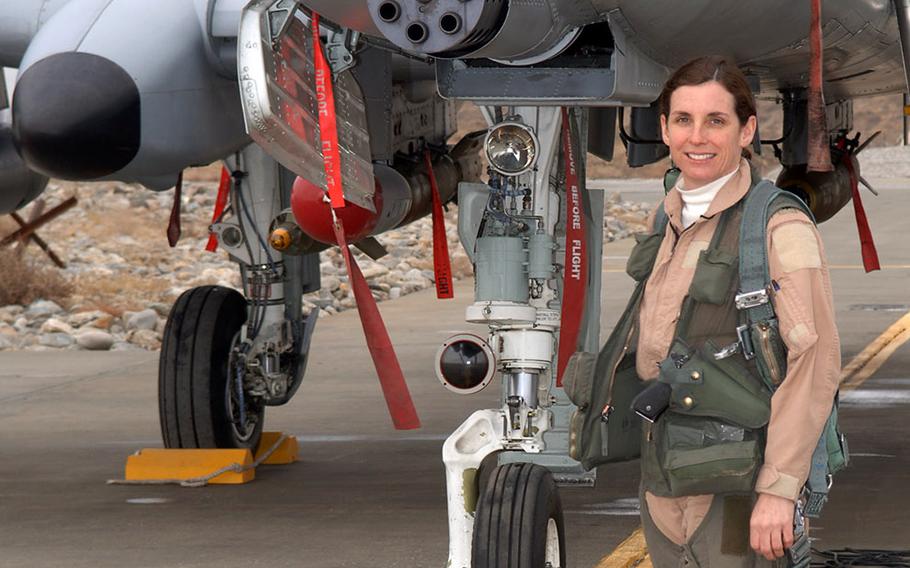 Lt. Col. Martha McSally stands with her A-10 Thunderbolt II aircraft. McSally was the first female pilot in the Air Force to fly in combat and to serve as a squadron commander of a combat aviation squadron. (U.S. Air Force file photo)

Lt. Col. Martha McSally stands with her A-10 Thunderbolt II aircraft. McSally was the first female pilot in the Air Force to fly in combat and to serve as a squadron commander of a combat aviation squadron. (U.S. Air Force file photo) 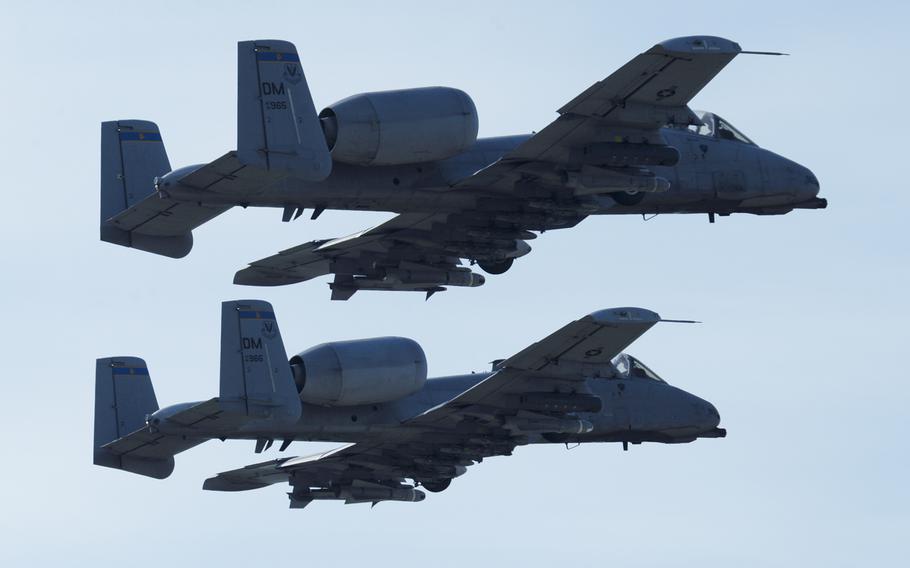 WASHINGTON — The House announced moves this week to protect the A-10 Thunderbolt from a proposed retirement.

The aircraft program is fully funded in a version of the annual defense budget unveiled Monday by the House Armed Services Committee. An Arizona congresswoman said she also plans to float an amendment that would bar the Air Force from eliminating the aircraft, also known as the Warthog, when the committee votes on the massive defense bill Wednesday.

The A-10 is an aging yet effective air platform now locked in a tug-of-war between Capitol Hill and the Air Force. The service wants to retire it in a bid to save money, but members of Congress and infantry troops have pushed back, saying the Warthog is uniquely equipped to cover U.S. troops on the ground.

“Today’s funding is a big victory for southern Arizonans and a significant step forward in ensuring that our best close air support and airborne electronic attack assets remain in the air and protecting our troops,” Rep. Martha McSally, R-Ariz., whose district includes Davis-Monthan Air Force Base that is home to a large number of the fleet, said in a statement.

The announcement came in the so-called “chairman’s mark” of the National Defense Authorization Act, which sets defense priorities for the coming fiscal year and is the first major hurdle of the legislative year for supporters of the aircraft.

The NDAA draft calls for fully funding the A-10 and caps the number the Air Force can move into backup flying status at 18, a reduction from the 36 allowed to be grounded under last year’s NDAA, according to a copy of the bill released by Armed Services.

In December, the House and Senate struck a budget agreement that allowed reduced flight time and maintenance of the aircraft as a compromise to an all-out retirement, which would eliminate about 300 Warthogs and could save the service $4.2 billion by 2019.

The Air Force plans to eventually replace the A-10 with the F-35 Lightning II, a high-tech, fifth-generation fighter jet that is still in development. For now, the 1970’s-era A-10 is still a wartime workhorse and is currently deployed in the fight against the Islamic State in Iraq and in security operations in Europe.

McSally said she plans to introduce her amendment blocking any retirement during a marathon vote on the NDAA expected to last late into the night on Wednesday.

Rep. Mac Thornberry, R-Texas, the Armed Services chairman, compiled the NDAA draft and said in a summary of the bill released Monday that he will welcome such an amendment.