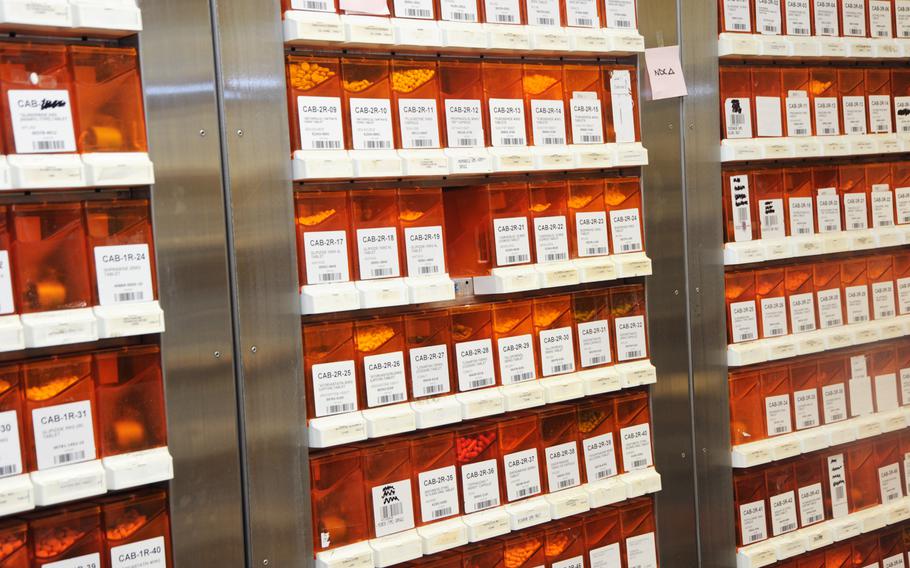 The House on July 30, 2015 edged toward raising Tricare copays for prescription drugs as it wrangles with the Senate over ballooning costs that are draining the budget for military health care. (Jason Bortz/U.S. Navy)

WASHINGTON — The House on Thursday edged toward raising Tricare copays for prescription drugs as it wrangles with the Senate over ballooning costs that are draining the budget for military health care.

The chamber is willing to support “modest” increases in beneficiary payments as part of the 2016 defense budget, according to a memo that Rep. Mac Thornberry, R-Texas, sent to House lawmakers about ongoing negotiations with the Senate. The memo was not released to the public.

The high cost of prescription drugs came to the forefront again this month when the Defense Department warned Congress of an unexpected $2 billion shortfall in the Defense Health Program that has nearly depleted all funding for off-base health care.

With political pressure mounting, Thornberry told the House that negotiators are accepting 30 percent of the increases proposed by senators.

“The House is unwilling to accept 100 percent of the proposed increases first and foremost because the House believes it must keep faith with our military retirees and their families and that we should seek to make other improvements in Tricare before digging more deeply into the pockets of our servicemembers and retirees,” the memo says.

The Senate has proposed annual increases that would raise the average copay for a 30-day generic drug prescription from $8 to $14 over the coming decade.

Sen. John McCain, R-Ariz., who is heading negotiations for his chamber, and other senators have argued that runaway personnel costs need to be reined in because they are eating up the military budget and endangering warfighting and readiness.

The Pentagon said this week that prescriptions for compound drugs, which are mixed specially for individual patients, increased 1,252 percent between 2012 and 2014.

Jonathan Woodson, assistant secretary of defense for health affairs, wrote a letter to Congress earlier this month saying the costs have been so draining that the DOD runs the “real risk of exhausting funds needed to pay private sector care costs in late July 2015, which could also have negative spillover effects on the direct care system.”

But the House has been reluctant to raise prices for active-duty troops, military families and retirees, instead favoring a pilot program to see whether money can be saved by using a preferred network of retail pharmacies.

Thornberry told members that Congress passed reforms in recent years that are stabilizing costs, including measures to tie copays to cost-of-living adjustments and to send beneficiaries to less expensive mail-order pharmacies for generic drugs.

Both chambers have named members to a conference committee now debating the issue in closed-door meetings as it hammers out the annual National Defense Authorization Act. The bill will set defense policy and could contain key reforms for health care and other benefits such as retirement pay.