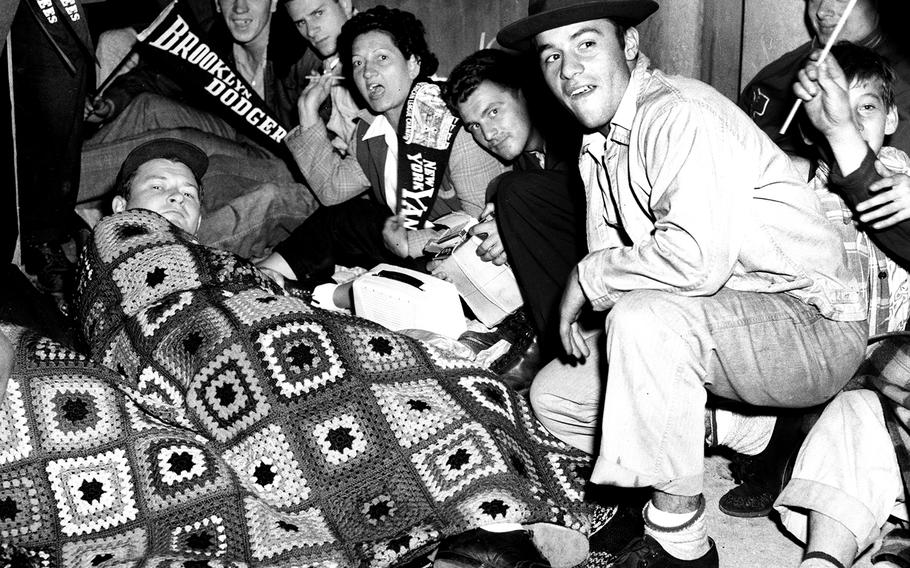 Sid Gans ©Stars and StripesNew York, October, 1949: Yankee and Dodger fans maintain an uneasy truce as they camp out at Yankee Stadium, hoping to buy $1 bleacher seats for the World Series. The Yankees won the Series in five games.